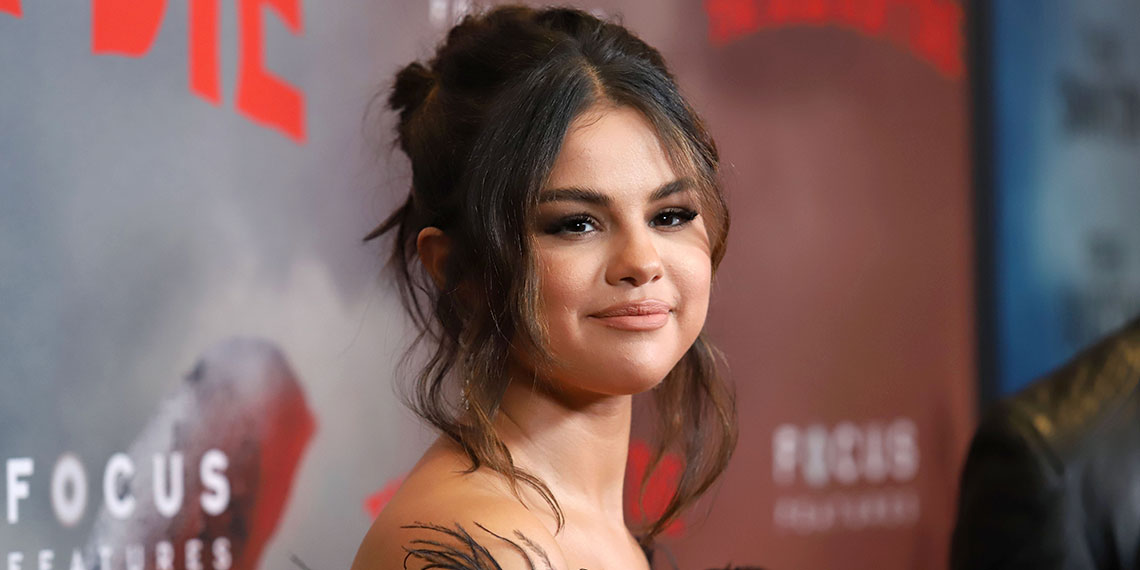 There are many an issue that keep me up at night (and by “up at night” I mean until my self-designated bedtime of 11pm). For one, why won’t Dick Wolf give us at least one episode of Law & Order: SVU that features a shirtless Carisi? I’ve only been aggressively tweeting this suggestion at him for the last six seasons. Or, like, will I die alone? Then, of course, there’s also why the hell is everyone so obsessed with Selena Gomez?

Lately it feels like I can’t go one day without reading a headline about Selena Gomez. Whether it’s to psychoanalyze in minute detail each and every line of her new music or to report on the more hard-hitting stuff in her life, like her Instagram comments, the girl is f*cking everywhere. Her fame feels all-consuming, almost rabid, and on the same scale as mega celebrities like Beyoncé and Jennifer Aniston. Sometimes I feel like just uttering the words “Selena Gomez” on the internet sends people into a blood frenzy of speculation and gossip. The obsession with her is next level and her fans are beyond loyal. Case in point: she’s one of the world’s most followed people on Instagram, despite the fact that she hasn’t released a new album since 2015 and she’s not afraid to go dark on social media every few months.

The rabidness of her fan base feels a bit unwarranted. Now, don’t get it twisted, I am one of these rabid fans. I’ve been a huge fan of Selena’s ever since she was on Wizards of Waverly Place (RIP) and, quite frankly, carried the entire goddamn show. I still, to this day, go about vocally voicing at parties that if I could switch lives with anyone it would be Selena Gomez. And I say that with a straight face and everything!! But even I’m confused by her fame. I mean, what is she really famous for? Yeah, she publicly makes out with Justin Bieber once every four years, but that’s about how long it takes her to put out a new single too. I was under the impression that her fan base included me and any other person born in the 90s who got way too excited about Disney+. So, how does she stay so relevant? She’s sporadic at best with releasing new music, comes in and out of the public eye, and her last acting gig took place when side bangs and chunky belts were still in style. To put things into perspective, Brenda Song has the exact same resume, and you don’t see people salivating at the mouth to publish a story on who she’s feuding with on IG.

So what is it that makes her so goddamn popular? Sweetest Betch You’ll Ever Meet and I have discussed this issue AT LENGTH over Gchat at work (yes, we want to get fired, we’re begging for it actually). She’s of the mind that Selena’s rabid fan base has an underlying foundation of pity built into it, like how the media always writes her as the wronged woman in the Justin-Hailey Saga (kind of like how the media did to Jennifer Aniston about… everybody she was ever with). But, then again, these are also things Sweetest Betch has said about her coworker’s child whenever she visits the office and begs for quarters for the vending machine. I get what she’s saying, though: people love to root for a scorned woman, and no one has been burned more than Selena Gomez. Still, you’d think pity can only go so far. So, I want to break down Selena Gomez’s appeal one factor at a time.

I think part of Selena’s appeal is the way she flaunts her female friendships. If you take one look at her IG, you’ll see countless images of Selena with her friends—and not just the famous ones, either! (Though, for someone who claims to value her privacy, she certainly isn’t afraid to tout her high-profile relationships either *cough* Taylor Swift *cough, cough*). It gives people the impression that anyone can be a part of her squad. Like, that girl who starred in The Cutting Edge 4: Fire & Ice who gave Selena her spare kidney, or a random fan who keeps flooding her DMs with positive affirmations she found on Pinterest.

And the way she showcases these friendships is honestly masterful. This is a girl who has ditched every friend she ever made any time Justin Bieber decides to slide back into her DMs, and we’re to believe she’s this self-partnered, girl power, feminist icon? Look, I love Selena, but do I think she would ditch girls night in a heartbeat if an ex texted her “hey”? You bet your ass I do. But, again, this is what makes her so relatable. Who among us hasn’t skipped out early during a girls night out just to meet up with a guy whose idea of romance is splitting the Uber pool? And despite her apparent flakiness with friendships, her girls still back her up, still welcome her back with open arms after a messy breakup. Seeing that kind of loyalty in her girl squad inspires loyalty in her fans.

And lastly, my actual #1 @courtneyjbarry you are an incredible woman. The way you handle life’s most confusing moments is indescribable and graceful. You are moved by the littlest stories to the most heartbreaking ones, you will give someone your perfume if they say you smell nice, you are freaking hilarious and always stand firm in your faith, a loving sister, an amazing friend and a beautiful daughter. You are the definition of FEARFULLY and WONDERFULLY made baby! #1

She Leaves You Wanting More

Another part of her allure is the way she handles social media at the most high profile of times. Remember when she broke up with The Weeknd and started publicly hanging out with Justin Bieber like it was no big thing? Or that time we found out she was hospitalized and almost died? Or that time Justin Bieber GOT MARRIED to Hailey Baldwin two months after he and Selena broke up? Instead of posting cryptic IG stories about deserving more (I see you, Khloé Kardashian) or testing Instagram’s nipple visibility policy with thirst traps (I see YOU, Kylie Jenner) she just like, lived her life. She posted normal pics with friends at dinner or in sweat pants hanging at home, or she posted nothing at all. I remember thinking when the news broke about Justin and Hailey dating, “where is your feminine rage?” and, “blink once if you need me to key his car!!” Instead, she handled the situation by saying nothing at all. It’s like when someone leaves you on read—it makes you that much more interested in them.

Another year down.. Thank you for all the bday love. I couldn’t be more appreciative of you and my best friends for celebrating with me. I love you guys like crazy! God bless!

I think what really draws people to Selena Gomez more than anything else is that she seems really down-to-earth. She’s been open about her struggles with mental health and her body image. She’s just as likely to post a thirst trap pic as one of her pounding pasta. She’s not afraid to be vulnerable to the public, either. Let’s not forget that one time, fresh off of one her breakups with Justin Bieber, she started crying in the middle of her 2014 AMAs performance. Crying in public over an ex (or just a Ship bro who didn’t follow me back on IG) is sort of my thing, and I’m sorry but HOW CAN YOU NOT RELATE TO THAT.

So, there you have it: the allure of Selena Gomez as best as I can describe it. One day when I’m explaining this to my grandkids I can point to these three reasons as a valid excuse for following @JelenaGoals well into my 20s. I’m going to go with that, or I’m just going to assume her fan base is comprised entirely of Russian bots. It’s anyone’s guess!