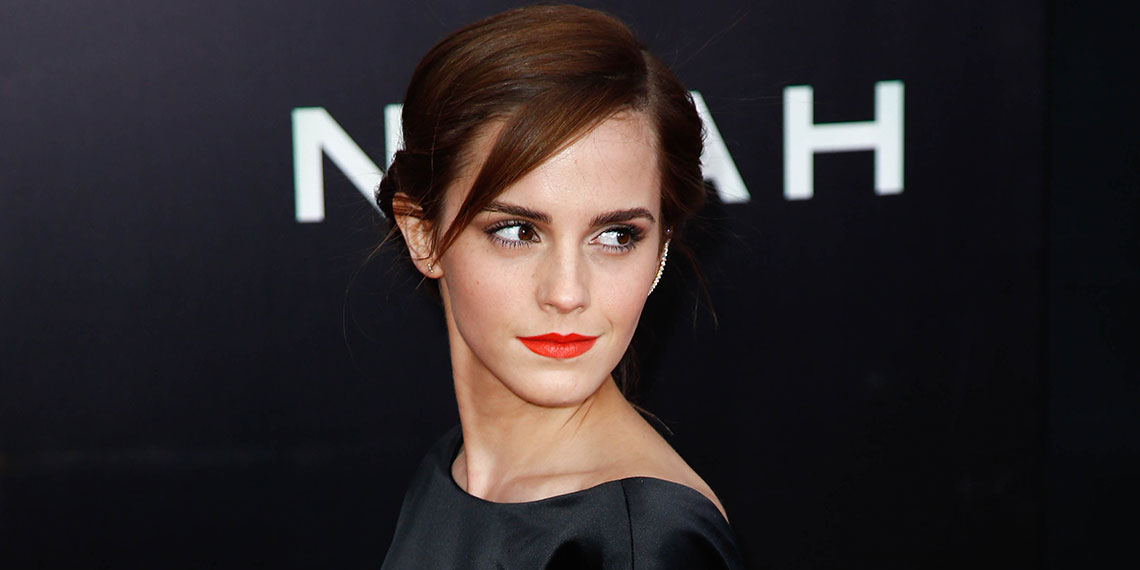 The Response To Emma Watson’s ‘Self-Partnering’ Is Kinda Sexist

Yesterday, British Vogue released an excerpt online of their interview with Emma Watson, who appears on the cover of the December issue. After briefly discussing her upcoming role as Margaret Meg March in the film adaptation of Little Women, Watson discusses her upcoming 30th birthday and reflects on her life. It was a pretty unremarkable excerpt, except for one phrase: “It took me a long time, but I’m very happy . I call it being self-partnered.” Emma Watson called “being single” “being self-partnered”, and people across the internet went for her immediately. The Vogue interview itself and every subsequent write-up about it ran with the “self-partnered” comment as the headline. The memes were swift and ruthless, with everyone making the same joke (me to my relatives at Thanksgiving when they ask about my relationship status—a solid joke, but still). And, obviously, I played into this too. Of course we at Betches covered the “self-partnered” ridiculousness. But when I saw everyone clowning Emma Watson over it, I really had to ask myself: is our collective reaction to her comment kind of sexist?

The context of Emma’s self-partnered quote is that she discusses the pressures people feel when they approach 30. She said, “…there is suddenly this bloody influx of subliminal messaging around. If you have not built a home, if you do not have a husband, if you do not have a baby, and you are turning 30, and you’re not in some incredibly secure, stable place in your career, or you’re still figuring things out… There’s just this incredible amount of anxiety.” That pressure extends to dating as well, as any person in their mid- to late-twenties would tell you. Emma is currently single, and apparently, worries about it sometimes. (Stars, they’re just like… well, you know.) She said, “I never believed the whole ‘I’m happy single’ spiel. I was like, ‘This is totally spiel.’ It took me a long time, but I’m very happy . I call it being self-partnered.”

That’s it. That’s the quote. It was a throwaway sentence in an interview that spanned 30 minutes, and you can watch the entire thing. Emma simply said that she calls being single “self-partnered”. She did not say we all should start calling it that. She did not call for a rebrand of singleness. She was just like, “this is the little term I’ve made up for myself in my head.” She might have even been saying it with a little bit of levity—to me, she appears to smirk a little bit after making that comment, but Vogue immediately cuts right after, so it’s hard to tell if she was being serious or not. I took a screen grab so you can judge for yourselves (the comment occurs around 28 minutes into the video).

Not to mention, saying you’re “self-partnered” is really just a fancy way of saying you’re dating yourself, or focusing on yourself. The idea of “dating yourself” is one, a concept everyone understands is not to be taken literally, and two, very conventional dating advice! A Google search for “date yourself” produces a slew of results, including an article titled, “You Don’t Need A Boyfriend — Here’s How To Date Yourself”. So, is Emma even off the mark here with this comment? I’m going to argue no, she isn’t.

And, as other people point out, the self-partnering thing is one comment she makes in the context of a pretty long interview.

This was a 30-minute interview where Emma Watson talked about activism, Britain’s colonial history, and white feminism, among a host of other socially relevant topics, and you idiots chose this throw-away comment she made at the very end as the headline, devoid of any context??

I mean, that tweet pretty much sums it all up right there. Vogue made a conscious choice to frame their interview this way, and make it seem like this self-partnership comment was the most interesting piece of commentary Emma had to offer. Even the title of the video purposefully dumbs the interview down: “Emma Watson Talks Turning 30, Working With Meryl Streep, And Being Happily Single”. I guess “Emma Watson Talks White Feminism, Education Reform, and The State Of The World” just wouldn’t have the same ring to it. On the one hand, this was a clickbait-y choice that was clearly successful, given how many people are talking about it. On the other hand, it’s kind of f*cked up.

I do understand the strategy, though. “Self-partnered,” as many were quick to point out, smacks of the famous “conscious uncoupling” comment Gwyneth Paltrow made in 2014 in a Goop newsletter when referring to her and Chris Martin’s decision to divorce.

Move over “conscious uncoupling,” a brand new term for something we already have a word for is taking center stage. https://t.co/yAWYdZDDqT

But what is even the appeal of calling back to Gwyneth’s words? On the surface, the instances appear the same: a rich Hollywood type acting pretentious, making up a term for something we already have a word for, in order to try to put a positive spin on it. Making fun of celebrities is a national—nay, international—pastime. And while I feel the impulse to draw comparisons, are these instances the same? One offhand comment is hardly an entire blog post. And Emma Watson is hardly Gwyneth Paltrow, someone who’s become known for her hilariously inaccessible gift guides and $200 moon dust breakfasts—in other words, for being out of touch. It doesn’t matter, though—the quickness with which people descended on Emma Watson shows how eager we are to come for a woman. We take delight in it, even. When was the last time we saw a reaction like this when a man said something boneheaded in an interview? That’s not a rhetorical question—I’m asking because I seriously can’t remember. Pete Davidson said in an interview that he used to jerk off to his then-fiancée, Ariana Grande, and outlets just said he was being “pretty explicit“. If you ask me, that’s a hell of a lot worse than what Emma said. I guess Charlie Sheen got massively trolled back in 2011 for his bi-winning comment (damn, that was 2011? I’m old), but this is hardly the same caliber of ridiculousness. We love to tear down celebrities, but we especially love to tear down female celebrities.

It’s also not lost on me that in both cases with Gwyneth and Emma, the offending comments both had to do with their relationship status—and, even more specifically, about being content with their relationship status even though that status did not include a male partner. God forbid Emma be content with being single, or Gwyneth be active in the choice to separate from her husband. And the crazy part? Emma says in the interview (that apparently nobody bothered to listen to) that she is, in fact, dating! She says, “I’m going on dates”, though she’s not dating one specific person. Again, this comment was blown way out of proportion.

I can’t really say for sure until a male celebrity makes a similarly silly remark, but I can’t help but wonder how much gender factors in here. And as much as I will be referring to myself as self-partnered from now on, I feel like ultimately Vogue and the rest of us did Emma Watson a disservice by distilling a half hour worth of insight and introspection into one made-up term. It’s the easy thing to do, for sure. And it’s fun. But was it right?