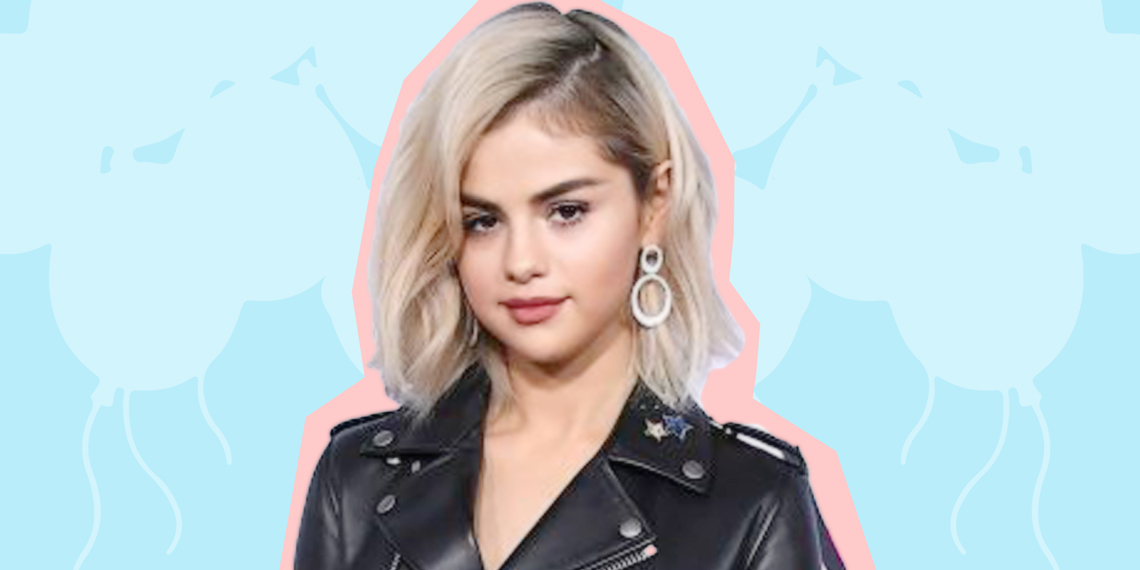 Everything Selena Gomez And Her Kidneys Have Been Through This Year

July 22nd is Selena Gomez’s 26th birthday, and it’s safe to say that 25 has been pretty eventful for her. There have been new music and acting projects, high-profile breakups, and major surgical operations. As someone who gets tired walking from my bed to the kitchen, Selena must be exhausted. Recently, everyone has been busy trying to analyze her non-reactions to Justin Bieber and Hailey Baldwin’s engagement, but today we’re looking back at everything that’s happened to Selena in the last year.

Sometime last summer, Selena Gomez went through the super fun ordeal of getting a kidney transplant. Now, making jokes about this is one of my favorite pastimes, but it’s actually pretty effing serious. Selena had struggled with lupus for a long time, and eventually she needed the transplant. In case you forgot, she got her kidney from another child star Francia Raisa, who’s best known for playing Adrian on The Secret Life of the American Teenager. This operation is the best thing that’s ever happened to Francia’s career, sorry not sorry.

I’m very aware some of my fans had noticed I was laying low for part of the summer and questioning why I wasn’t promoting my new music, which I was extremely proud of. So I found out I needed to get a kidney transplant due to my Lupus and was recovering. It was what I needed to do for my overall health. I honestly look forward to sharing with you, soon my journey through these past several months as I have always wanted to do with you. Until then I want to publicly thank my family and incredible team of doctors for everything they have done for me prior to and post-surgery. And finally, there aren’t words to describe how I can possibly thank my beautiful friend Francia Raisa. She gave me the ultimate gift and sacrifice by donating her kidney to me. I am incredibly blessed. I love you so much sis. Lupus continues to be very misunderstood but progress is being made. For more information regarding Lupus please go to the Lupus Research Alliance website: www.lupusresearch.org/ -by grace through faith

After dating since the beginning of 2017, Selena and The Weeknd called it quits back in October. The breakup news broke just weeks after they supposedly started living together in NYC, so I’m really dying to know what went down inside that apartment and who paid the fee to break the lease. While Selena has generally been keeping a low profile for the past several months, The Weeknd wasted no time putting out an album that is, like, entirely about Selena. He’s basically the new Taylor Swift.

Before Selena and The Weekend were even officially broken up, she was spotted hanging out with Justin Bieber. I’m not even going to pretend that I have to explain Selena’s prior history with Justin. People had mixed reactions to the return of #Jelena, but they seemed very into each other for a period of time. They loved going to church together, and Selena even went to Justin’s dad’s wedding a few months back. The only person not on board the #Jelena train was Selena’s mom, Mandy Teefey, who was reportedly hospitalized due to the stress of her daughter’s f*ckboy addiction. Mandy is a total drama queen, and I’m here for it.

Back in January, when the #TimesUp movement was at its peak, Selena got dragged into the drama in such an avoidable way. Basically, she has a part in an upcoming Woody Allen movie, and it’s no secret that Woody Allen is a problematic white dude who has done some majorly f*cked up things. I’m not here to unpack that, but this article does a great job of convincing me that I’d never want to be alone in a room with him. Anyway, someone on Instagram asked Selena’s mom (Mandy really got involved in the drama this year, you go Mandy) why she did the movie, and Mama Mandy didn’t hold back: “Sorry, no one can make Selena do anything she doesn’t want to. I had a long talk with her about not working with him and it didn’t click.” Literally dying at the fact that she just fully roasted her uberfamous daughter on Instagram.

Not Back With Justin

Flames to dust, lovers to friends, why do all good things come to an end? Yes, I just quoted Nelly Furtado, and yes, that is how I feel about the most recent demise of Justin and Selena’s relationship. The official timeline is pretty murky, but it’s pretty clear that by sometime in March the two had gone their separate ways once again. That’s when Justin was spotted hanging out with total rando Baskin Champion, who has been forgotten faster than an iPhone charger in a crappy hotel room. Of course, we all know about Justin’s current relationship status, which doesn’t involve Selena unless they’re into some kinky stuff that we don’t know about.

So where does Selena Gomez go from here? Well, she still has that Woody Allen movie to look forward to, and there’s still supposed to be a new album coming at some point. She’s released a couple random songs in the past year, but that’s just not enough. She’s also still busy producing 13 Reasons Why, which I will never force myself to watch, but I’m glad people love it so much. She also makes an insane amount of money modeling for Coach. Okay, yeah, I guess she’s still kind of busy. Really, I just hope Selena has a year full of health and happiness, and that she maybe listens to her mom’s advice a little more. Also, can someone get Mandy a reality show?