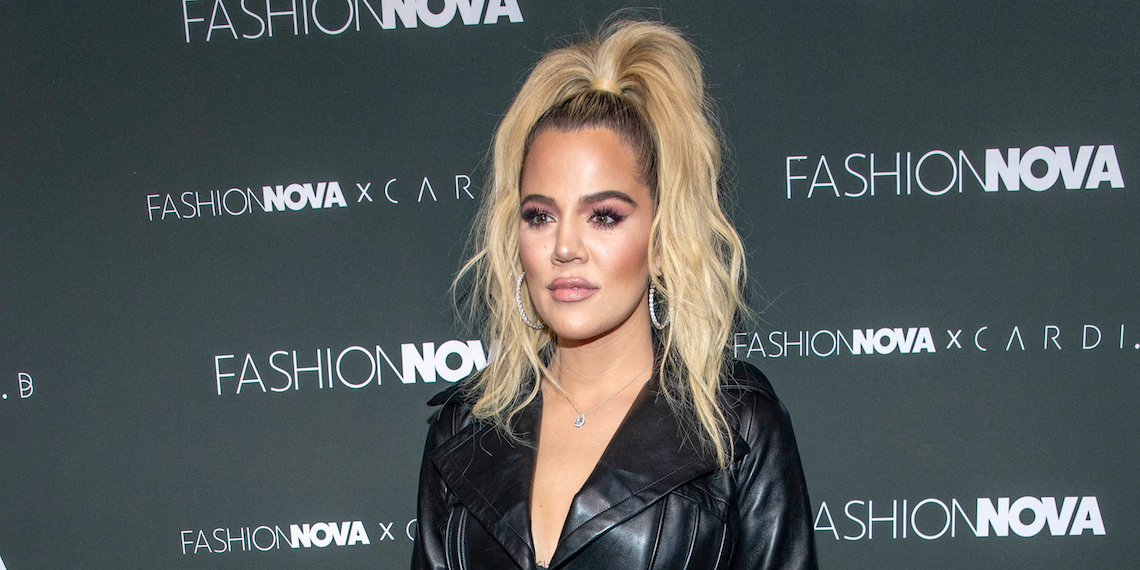 An Ode To Khloé Kardashian’s Most Emo Instagram Stories

Let’s be real—Khloé Kardashian has had kind of a rough year. Her baby daddy cheated on her many times, most notably with one of her best friends, she’s now raising a daughter on her own, and we’ve accused her of Photoshopping her photos many, many times. Okay, she deserves the last one, but whatever. Unlike most people, who deal with their feelings by overeating, seeing a therapist, or just having a good cry, Khloé likes to express herself through one of my favorite bygone forms of communication: subtweets and emo Instagram stories.

Khloé’s Instagram and Snapchat stories are a mix of adorable family photos, questionably edited thirst traps, and text posts screenshotted from god knows where. Thankfully, all of Khloé’s stories have been preserved by @khloesnapchats on Instagram, because someone has to do the Lord’s work. Today is Khloé’s 35th birthday (I feel old), so let’s raise a glass to some of her most iconically emo posts.

Let’s start, of course, with a classic that KoKo posted in the immediate aftermath of the Jordyn Woods scandal. Obviously, Khloé’s world, along with her relationship with Tristan, was crashing down, so it’s understandable that she was really upset. I might not have gone with the Taylor Swift snake tactic, but to each their own.

Idk if this is an ancient Chinese proverb or something, but the message is clear. Back in the day, my favorite subtweets were always the ones that were 100% obvious who they were directed at. Like, okay Shayna, we all know that your “cryptic” tweet about relationships is about the deadbeat father of your child, it’s not that hard to figure out.

Here’s another one of my obvious faves:

Via to Khloe insta story ?

Hmmmm what could this one possibly be referring to? Silly me, it’s probably about Scott. Idk if Tristan Thompson is actually watching these stories or not, but Khloé knows exactly what she’s doing here. Also, I love that the background and formatting of this looks like something that my stepmom would have shared on Facebook in 2011. Great aesthetic choices all around.

But while I love an obvious subtweet moment, it’s also a pleasure when Khloé Kardashian gets a little deeper with her messaging. Take, for example, this little gem that KoKo posted earlier this month. Honestly, her Instagram story is a damn self help book.

I love the way the millennial pink pairs with the message that growth can only happen from intense emotional pain. So fun!! I can just imagine Khloé sitting in her mansion, searching “revenge quotes” on Pinterest. Seems like a healthy pastime.

Here’s another lovely bit of word salad, which I’m not positive I understand:

I’m not sure if Khloé is advocating staying in a shitty relationship just because the person likes you, but “real is rare” really has a nice ring to it. Khloé Kardashian is definitely the kind of person who posts something like this and then feels like she’s really shown the haters who’s boss. Which like, she’s way richer than me, so maybe that’s the truth.

There’s nothing KoKo likes better than a good zinger, like this one about the fragility of men’s egos:

At the beginning of this article, my intention was to break down what all of these posts could be about, but that seems a little less fun now, because I’m realizing that they’re all. About. Tristan. Like, I’m not saying that Khloé shouldn’t be upset about the disintegration of her relationship with the father of her child, but I feel like it would benefit her to move on a little bit. I’ve made my love of subtweets clear, but it can only make her feel so good to post sh*t like this:

Khloe via to insta story

But at the end of the day, it’s Khloé Kardashian’s birthday, and I’m not here to tell her how she should feel. We all deal with trauma in our own way, and Khloé’s preferred method is indirect clapbacks on social media. Cheers! Hopefully 35 for her is a year of finding happiness, whether that’s in a new relationship or just with her daughter and all her millions of dollars. HBD KoKo!