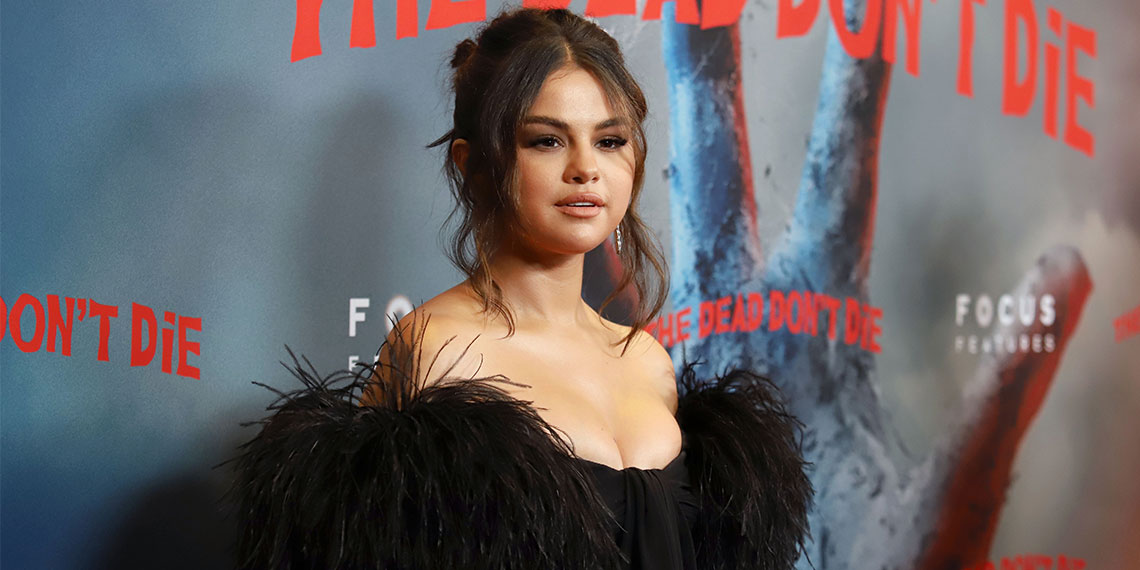 If yesterday was like Christmas, then Selena Gomez really is the gift that keeps on giving. On Tuesday night, she released her big comeback single “Lose You To Love Me,” and we spent most of yesterday processing the lyrics and the ensuing shade between Selena and Hailey Bieber. If I was Selena Gomez, I would be taking a f*cking nap right now, but no. Selena wasn’t done. She dropped another surprise song last night, and she also addressed the ~negativity~ that’s been going around. Basically, we have a lot to talk about.

Last night, Selena went on Instagram Live to talk with her fans, and share the surprise of her even newer new song, “Look At Her Now.” On the Live, Selena called the new song “my special gift to all of my ride or dies,” and shared that the new video was filmed on an iPhone. Idk what magical iPhone Selena Gomez has, because all of my videos still look pretty tragic compared to hers.

And here’s my special gift to all of my ride or dies! I created this with Apple especially for you. Y’all have been through it all with me and I thank you for pushing me to be the best. Look At Her Now is out now. ❤️ #ShotOniPhone

On Instagram Live, Selena also gave a message that some people took as being directed at the Hailey drama: “I will never stand for women tearing other women down, so please be kind to each other.” To be honest, I think it’s kind of a reach to assume this is about Hailey, but you never know. Selena Gomez has like, 150 million Instagram followers, so I’m sure she sees plenty of people being nasty in the comments. I doubt Selena Gomez and Hailey Bieber are going to be getting brunch together anytime soon, but I’m going to assume we won’t be seeing any more of this feud play out publicly. We’ll have to stay tuned for when Justin starts releasing new music, and then maybe the claws will come out again, if we’re lucky.

But let’s get back to the new song. “Look At Her Now” is more of an uptempo EDM vibe, and it’s a far cry from the dreary piano ballad that Selena gave us yesterday. That being said, it’s definitely still about Justin. While the lyrics are a little less emo, they still deal with young love, and growing apart, and finding yourself.

“It was her first real lover
His too ’til he had another
Oh, God, when she found out
Trust levels went way down”

She also repeatedly says that she “dodged a bullet,” and sings about the women she’s grown into now. With the “dodged a bullet” line, I’m sure Hailey is currently writing in her burn book about how Selena Gomez is a fugly slut, but she hasn’t posted anything about it yet. Sad!

When you think about it, “Look At Her Now” is more or less the same song as “Lose You To Love Me,” just with more of a peppy beat and a chorus that’s made up of “mm-mm-mm” instead of actual words. A lyrical masterpiece if I’ve ever seen one. It’s what the kids would call a banger, and I can see this one being a big hit. Actually, I’m a big fan of this song, for the same reason I’m a big fan of most of Selena Gomez’s music. It’s catchy, fun to dance to, and it makes the most of Selena’s limited vocal talent. I mean, no one likes Selena Gomez music because they think Selena is a great singer, right? Right??

Now that Selena Gomez has cemented her comeback with back-to-back songs about Justin, I’m really curious to see where she goes from here. She said on Wednesday that she wrote “Lose You To Love Me” more than a year ago, and that she’s come a long way since then. Okay so…does she have anything else going on in her life besides ruminating on her relationship with Justin? I’m glad she’s getting all the Justin-based clout she can, but it’s not going to last forever. Stay tuned, I guess?

Here’s the full video for “Look At Her Now.” Have fun watching and pondering how the f*ck you get an iPhone video to look like that.