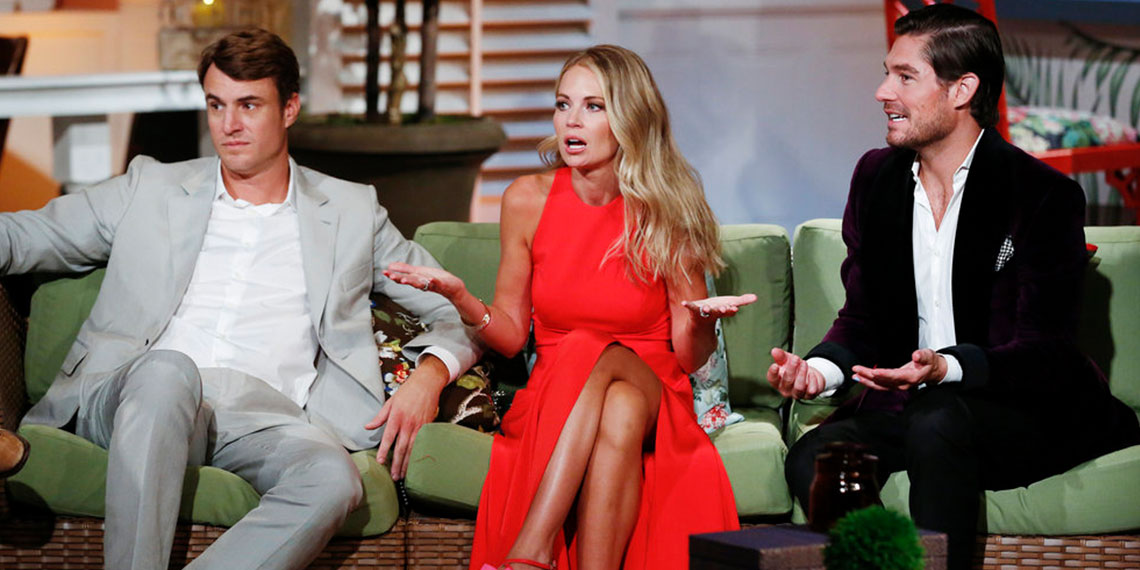 Is It Time For ‘Southern Charm’ To End?

When it debuted in 2014, Southern Charm captivated Bravo viewers with its breezy Charleston backdrop and dynamic cast. But in recent years, the show has started to lose its luster, particularly with its continued indulgence of seriously toxic men. It seems that the powers that be at Bravo are also ambivalent about the show, as rumors swirl that production on season 7 has been delayed in an attempt to breathe new life into the stagnant franchise. But should they even bother? Unless some serious changes are made, my inclination is no, for several reasons.

TRav Continues To Dominate The Conversation

I’ll admit that when the show premiered, I enjoyed watching Thomas Ravenel. Despite being old enough to be the grandfather father of several of his castmates, there was something endearing about him, especially in his tearful breakup with Kathryn at the end of season 1. At the time they seemed like two star-crossed lovers, and it was genuinely heartwarming to learn that not only did they get back together, they had a baby after filming on season 1 wrapped. Of course, as the seasons went on it became very clear that Thomas was a veritable monster. We started to see firsthand his emotional abuse of Kathryn and his manipulation of both the press and the rest of the cast in a devious crusade to destroy Kathryn’s reputation and force her to lose custody of their two children. As if that weren’t disgusting enough, he was also arrested for sexual assault and battery.

Despite being removed from the cast, Thomas was implicated in virtually every major storyline in season 6 with the focus on his custody battle with Kathryn, the return of his whackjob on-again, off-again escort girlfriend Ashley, and even the casting of his family friend Eliza Limehouse, with that connection being touted several times throughout the season. This obsession with Thomas-adjacent plot points makes it seem like Bravo is afraid they can’t put together a successful show without Thomas somehow being involved. The rumors confirm this, with sources alleging that production approached Thomas’ cousin to join the cast for the upcoming season. Even Kathryn is seemingly buying into this idea, with a recent Instagram she put up with her estranged ex that suggests they might be back together. While I hope for her sake that it’s nothing more than a publicity stunt, if the show depends on a problematic and toxic cast member for its survival, this seems like a sign that Southern Charm may not be long for this world.

Even putting TRav aside, my many qualms with the men on Southern Charm are well-documented. I won’t wax poetic on the varying degrees of their suckage here, but instead I’m most concerned with the lack of evolution we’ve seen with any of the men on this show. The most successful and compelling reality stars are the ones who evolve season after season and show us new sides of themselves. Sometimes this involves real growth, other times they regress, but the point is that there’s a general forward momentum that keeps viewers interested. The men on Southern Charm, if you can even call them that, have shown little to no growth over the course of six seasons. Shep, once an affable goofball, has transformed into a misogynistic emblem for white male privilege. Whitney continues to be creepy, and Craig, though adorable, seems content to push pillows and sleep ‘til noon for as long as he can ride this reality TV wave the foreseeable future. Austen’s never really been more than Shep Jr. until Madison came on the scene last season. Their dynamic added some spice, but not enough that I want to have my eyes and ears assaulted with more cries of “MAAAHDISEHHHN!” and a side of Austen’s half-mast boner next season.

The Rest Of The Cast Is Boring

So who does that leave us with? Cameran was fun the first few seasons as our resident narrator and f*ckboy-wrangler, but she hasn’t brought much else to the table throughout her tenure on the show. She’s always removed from the drama and seems to think palling around with Shep & co. while eating various fried foods passes for a legitimate storyline season after season. Her attempts to document her struggles as a new parent also fell flat last season. We watch reality TV to escape the more mundane aspects of our lives and to see something aspirational, not to watch someone whose challenges look much like our own. It’s great to be nice and normal, but like I’ve said before, well-adjusted people have no place on reality television. Chelsea, though sweet, is cut from a similar cloth as Cameran and has done little to hold my interest as a viewer. Eliza initially seemed like a potential new villain, but turned out to be a total non-entity last season. Naomie seems almost passive in her new relationship and did little to engage viewers either. Kathryn’s fascinating, but inconsistent, and if she’s really back with Thomas, the last thing any of us need to see is a vulnerable woman falling back into the arms of a sociopathic ex. You does it much better anyway.

Unless Bravo can shake its TRav obsession and add some fresh blood to the mix, I’m not sure how much longer Southern Charm can last. They took a step in the right direction with casting Madison, who was dynamic and unafraid to stand up to Shep last season, but she can’t carry the show on her own. Adding other new faces might be just what this franchise needs to stay afloat. It’s a strategy that seems to be working well on this season on Vanderpump Rules, despite some questionable new choices. Whether Bravo and the cast can get the show back on track this season remains to be seen, but here’s hoping these Southerners can once again turn on the charm.