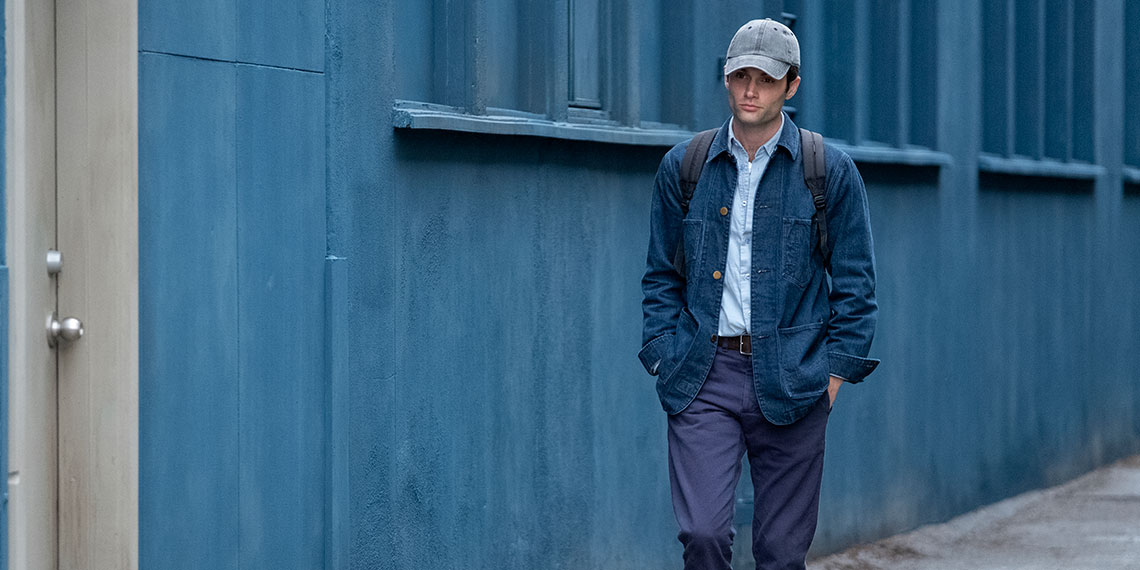 7 Thrillers To Read If You Finished Watching ‘You’

We live in a world that is streaming-obsessed. I know this because my credit card statement every month is nothing but Netflix, Apple TV +, Hulu, Amazon Prime, and Disney + (and Seamless, and some more Seamless, and then a little Uber Eats so the Seamless people don’t judge me, I’m sure you understand). I basically get berated at work all day so that I can afford to watch High School Musical on repeat when I get home. And lately, the only thing streaming that people want to talk about is You. It seems all my friends are really into psychopaths, which now that I know this, makes a lotttt of sense. I mean, I thought they were into psychos, you know, like men who dip their pizza in ranch dressing, but it turns out they’re just turned on by good old-fashioned murderers. Cool. Never going to your boyfriend’s houses, though! I haven’t watched You yet, and the reason why is because I read the book You by Caroline Kepnes years ago and I have not slept ever since. It’s been fun!

Although the book continues to keep me up all night, I was incredibly impressed by how well Kepnes captured the ramblings of a psychopath. Now that I think about it, she was almost too good at it, and I’d like to request the police do a wellness check on her spouse, just in case. Sorry if they break down your door, Caroline! But you brought it upon yourself! If you’ve watched the show AND read the book, you’re probably looking for some new material to make people slowly back away from you at parties. Thankfully, I would rather read a book than engage in actual relationships with a real person, and I’m ready to share my knowledge with you, my fellow anti-socials. So, if you’re craving more books like You, here are seven that I’d recommend you start reading as soon as possible. Before you start making human connections!

The New Husband by D.J. Palmer

The first book is called The New Husband, and, frankly, any number of husbands is a terrifying thought, so sign me up. In this book, Nina Fitch’s second husband knows all her favorite foods, movies, and her son adores him. Definitely a psycho. Nina is a little gun shy because of what her first husband did to her (See! Husbands are terrifying!) so she decides to do a little digging. Sure, Nina. I can call stalking digging, too. When things aren’t adding up, the story gets more and more tense, twisty, and of course, there’s a shocking reveal. I shrieked! You have to get your hands on this one when it comes out on April 14, 2020.

The Sunday Girl by Pip Drysdale

Contrary to popular belief, The Sunday Girl is not about a twentysomething woman who goes to brunch with her girlfriends, gets day drunk, and orders a $40 uber home before passing out at 5pm. I know! I was also confused. The Sunday Girl is actually about a woman in an abusive relationship, who gets dumped by her boyfriend, and then he posts a sex tape of her online. I think we can all agree at this point he deserves what’s coming to him. And, what’s coming to him is a revenge plan straight out of The Art of War. Girl, I am SOLD. Find out what happens *please say she cuts off his balls, please say she cuts off his balls* when The Sunday Girl comes out on May 5, 2020

The Last Woman in the Forest by Diane Les Becquets

You is told from the point of view of Joe, the psychopath serial killer. But what if it was told from Beck’s point of view? In The Last Woman in the Forest, Les Becquets flips the script when her heroine Marian starts to believe that her recently departed man, Tate, was a serial killer. Marian goes on a mission to prove to herself that she was not, in fact, banging a dude who preferred his women in a ditch in the woods, but as she gets further along, sh*t starts getting terrifying and it’s possible Marian will end up as a skin suit for a different freak. I’m not going to reveal what happens, but I will tell you that Diane Les Becquets is an incredibly talented writer, who dedicated a lot of time to creating realistic and nuanced characters. This is not your run-of-the-mill thriller, it’s more of an intense, slow build that ratchets up the terrifying as it goes on. Just like life!

A Good Man by Ani Katz

A Good Man! Ha! At least the title is funny, even if the rest of it makes you dependent on melatonin for the rest of your life. A Good Man is about Thomas Martin, a rich dude from Long Island working in Manhattan, who commits a horrific act and then when he can’t take it back, tries to convince himself that all he ever tried to do was be a good man. Ha! Funny again! Coincidentally, that’s what my ex said when I found him literally on top of another woman. He was also, in fact, not a good man. Another pro for this book is the fact that it has a pull quote on the cover from Caroline Kepnes, aka the author of You. If it’s endorsed by the woman who thought up Joe Goldberg, you know it’s the perfect kind of creepy.

My Lovely Wife by Samantha Downing

Okay, if you thought you liked one attractive, charismatic psychopath in You, you are going to be thrilled when you meet the most f*cked up couple of all time in My Lovely Wife. Is the husband a murderer? Sure is! Is the wife a murderer? You betcha! Do they do it together as some kind of twisted sex game to keep the spark alive? Yes, ma’am! Should they have just gone to therapy? Probably, but it’d be less fun! This book is slippery though, so you never really know what’s going on until the very end, and that’s just how I like it, much like murdering young women is how the couple in this novel likes it. My Lovely Wife came out last March, and the best part is, if it really turns you on to murderous families, Downing has another thriller coming out on April 28th called He Started It.

So, yes, Darling Rose Gold is definitely more similar to The Act than it is to You, but I figure to us crime fiends that’s basically tomayto, tomahto, am I right? Plus there are plenty of murderous people in this, so you’ll be fine. Growing up, Rose Gold believed that she was seriously ill. Turns out, her mom Patty (YOU WOULD, PATTY), just did everything she could to make people believe that, even intentionally making Rose Gold sick. Patty went to prison, but now she’s out and Rose Gold takes her in. Such a sweetheart! Or is she? In this book, you can’t tell who is lying, and you can’t tell who is winning their little cat-and-mouse murder game until the very end. And who among us hasn’t wanted to kill their mother every once in a while?! (Not me, mom! Please still pay for that trip to Ireland!). You’ll have to wait until March for this one, but I promise you it’s worth the wait.

The Stranger Beside Me by Ann Rule

The Stranger Beside Me is the OG book about a handsome and charming man who preys on young women. And all you sickos are just as thirsty for him as you are for Joe! I know this isn’t a novel (it’s true crime, FYI), but I’d put all my money on the fact that Ted Bundy and Joe Goldberg are distant relatives. Let’s get these two on Ancestry DNA!

The Stranger Beside Me is written by Ann Rule, and her writing style is so sweet and sincere, you’ll feel like your mother is telling you a comforting bedtime story, except that bedtime story includes the dates and times that dozens of women were murdered. The Stranger Beside Me has been out since 1980, so while you’re waiting on some of these other books to be released, you should definitely spend your time with this master class in true crime. And just remember, Ted Bundy is dead so you can’t send him nudes in prison, FOR GOD’S SAKE.

And those are my recommendations! If you read any of these, please let me know what you think. And if you think you’re not a reader, just throw one of these in your bag to check out on the subway just in case. Candy Crush will still be on your phone when you go to the bathroom later!