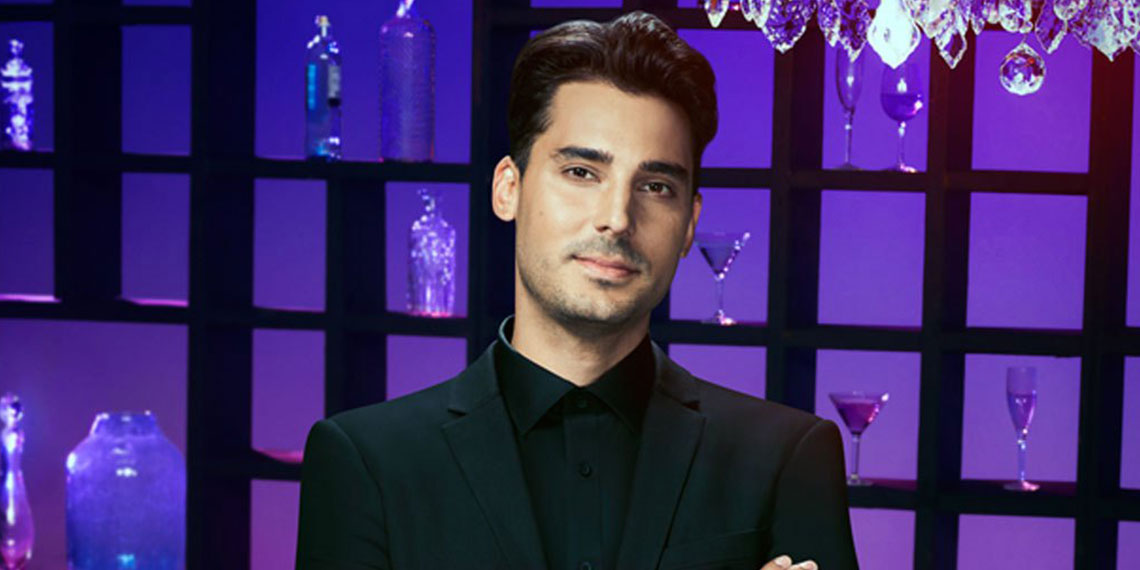 Turns Out The New Guys On ‘Vanderpump Rules’ Are Racist Assholes

Well, I knew there was something I didn’t like about the new guys, Max and Brett, on Vanderpump Rules this season, but I just thought it was the way they talk about women, or the fact that they both look like bootleg versions of each other. Both of those were valid enough reasons to not like them, but even worse, it turns out they’re both racist trash! I’m not really surprised, but I am disappointed.

Earlier this week, screenshots surfaced of many racist tweets that TomTom general manager, Max Boyens, posted in 2012, when he was roughly 19 years old. He uses the N-word in many of the tweets, specifically calling it his “favorite word.” After getting put on blast by the entire internet, he apologized in a statement to Us Weekly on Thursday, saying “I want to sincerely apologize for what I tweeted in 2012 — it was wrong on every level. It is not a representation of who I am. I am shocked I ever tweeted that — and I am disgusted and embarrassed — I am truly sorry.”

Ladies and gentlemen, Max, the new guy, from Vanderpump Rules. (Added the Scheana tweet for reference).

Okay, yeah, I’m not impressed by this apology. To say it’s wrong, and that you’re disgusted and embarrassed—great, you should be. But for Max to say he’s “shocked” he ever tweeted that feels like a blatant lie. Like, he didn’t just tweet a song lyric or something that he shouldn’t have, he used the word time after time, in a way that was clearly meant to be derogatory. Even if it was a long time ago, I don’t really buy that he’s sooooo shocked at his own behavior. You were the one who made the tweets!

On Thursday afternoon, Radar Online reported that a source confirmed Max will be fired from Vanderpump Rules for his tweets. According to the source, “Lisa Vanderpump doesn’t tolerate any racism or anything negative for that matter, so it won’t matter he filmed the show. If she says he’s gone, he’s gone.” I’m not sure whether this means they’ll make some effort to cut Max out of the current season, which has already finished filming, or if he just won’t be back in the future, but either way, it’s what he deserves.

But then, just hours after Max apologized for his tweets, this story got even crazier, when fellow VPR newbie Brett Caprioni ALSO got exposed for his racist tweets. Just like his buddy Max, he loved the N-word too, using it in over a dozen tweets from as recently as 2013. Screenshots from his account also included several sexist tweets talking about women’s bodies and clothing choices, including one with the hashtag #womensuck. Wow, these men are garbage!! Where do they find them??

It has been brought to my attention that the other new guy on Vanderpump Rules (Brett) is also a trash human.

Brett apologized for his tweets via his Instagram story, saying “I want to express my deepest apologies for the insensitive, ignorant, and hurtful comments I made. I am incredibly ashamed and accept full responsibility, and acknowledge that this language was as unacceptable then as it is now. Please know that I have learned and grown since then and would never use this language today. From the bottom of my heart, I am truly sorry.” Ugh, I’m just annoyed with this whole thing.

Truly, it’s shocking that the Vanderpump Rules producers could find two new men who are even worse humans than anyone else already on the show. Like, does Bravo really not vet these people at all? The show won’t really be losing anything if Max and Brett are fired, but this could have been easily avoided in the first place. Also, how were both Max and Brett dumb enough to think that these tweets wouldn’t be found? Everyone should know by now that if you’re going on a TV show, you should go through your old tweets first.

On Friday, Lisa Vanderpump spoke out on these two idiots in a statement to Us Weekly:

“I do not condone any of the heinous comments made in the past by Max and Brett and I am glad they understand the severity of their offenses and have shown utmost remorse and contrition. I embrace a community of diversity and do not tolerate bigotry of any form within my workplace.”

Ok, I’m not sure that the Vanderpump Rules cast is a great example of embracing diversity (#JusticeForFaith #AndBillieLee), but whatever. Lisa also said that Max and Brett are “appropriately ashamed of their past obnoxious teenage arrogance and casual use of unacceptable terms.”

Wait wait wait. Is it just me, or is Lisa kind of trying to downplay what’s actually happening here? Using racial slurs time after time on a public platform isn’t “obnoxious teenage arrogance”—it’s racism, plain and simple. Also, while Max was 19 at the time he made the tweets, Brett was around 24—in other words, both were old enough to know better. While Lisa obviously isn’t condoning what they actually said, it still feels like she’s kind of making excuses for them, and I’m not here for that.

She finished, saying “While both have now matured as adults, they have shown remorse for their prior reckless defamatory statements. I do sincerely believe both have learned the power and impact words can have, and I have every hope this will be a lifelong lesson for them as we move into this new decade.”

Yeah, I do not love anything about this statement. Is Lisa Vanderpump trying to save face because she knows we’re going to be watching Max and Brett for the next 18 weeks? Does she have some reason to root for Max and Brett that we don’t know about? She seems really adamant that these dumb-ass men are SO sorry and have learned SO much and are SO ashamed, and it almost makes it feel like she’s covering for them.

Maybe I’m reading too much into Lisa Vanderpump’s words, but either way, I think we can all agree that Max and Brett are trash. I never thought I’d be saying this, but I might have to be team Scheana for the rest of the season? She might be delusional, but these men are absolute clowns.