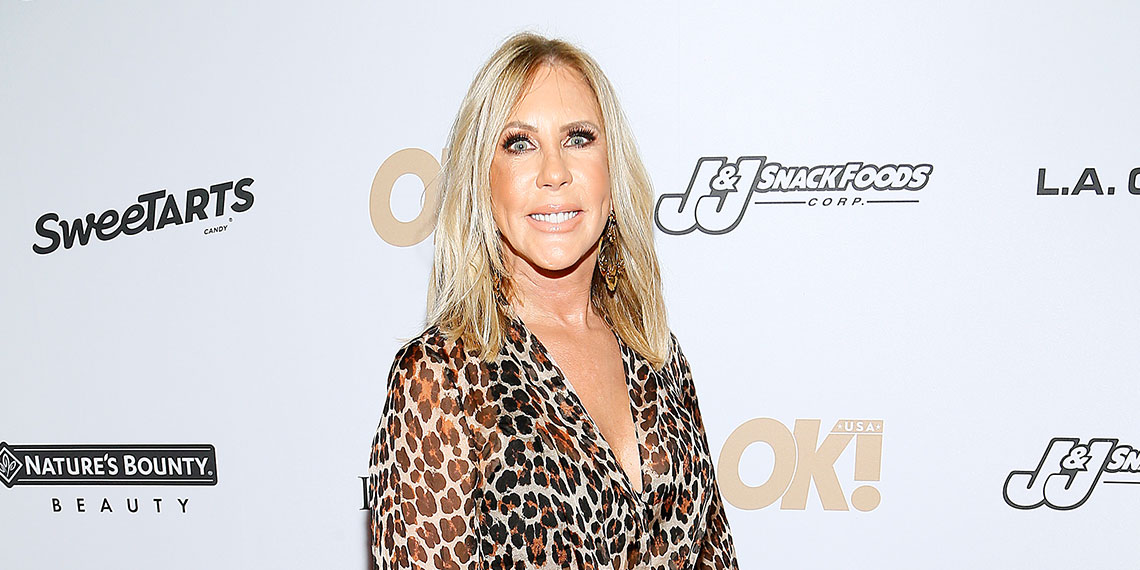 Just weeks ago, a grown woman was caught on film having a meltdown while on the job. She yelled at her boss, suggested that she was the reason for his success, and publicly shamed a coworker with same-sex proclivities, saying, “We don’t do that” and “Turn it down!” In any other functional workplace, this behavior would get a person immediately fired, but in Real Housewives land it gets you ratings and a promotion. Of course, this isn’t the first time Vicki Gunvalson has gone off the rails, but it is the first time it has felt like a palpable line had been crossed. After her entitled and delusional outbursts at The Real Housewives of Orange County season 14 reunion, it became clear that she had fallen prey to some classic Real Housewife pre-retirement symptoms, suffered by many fellow Housewives, past and present. Read on for the signs a Real Housewife should leave the party.

1. Not Fully Participating in Filming and Reunions

There are always going to be parts of our jobs that we don’t like, for example, having to interact with other human beings partnering with coworkers on group projects. However, we’re paid to fully execute our responsibilities, and a Housewife’s duties are no different. This means showing up to all filming obligations, regardless of whether you feel like it or are getting along with your fellow castmates. Unfortunately, Lisa Vanderpump didn’t seem to understand this concept throughout season 9 of The Real Housewives of Beverly Hills, when she just decided to stop filming midway through and chicken out on the reunion because she wasn’t getting along with the other women. It’s no wonder she was fired won’t return for the upcoming season. NeNe Leakes is also currently suffering from a similar delusion on this season of The Real Housewives of Atlanta. She’s barely been a presence and is leaving the heavy lifting to “friends of” like Marlo Hampton. It’s like asking an intern to bear your entire workload. Aspirational, but not how it actually works. If the Bravo execs have any sense, they’ll give Ms. Leakes her walking papers.

2. Forgetting The Show Is An Ensemble Effort

It’s natural that in any season there are going to be fan favorites and breakout stars. But Housewives get into trouble when they start believing their own hype and convincing themselves that they are the stars of their shows and their fellow castmates are merely supporting players. Vicki demonstrated this over and over again on the season 14 reunion, constantly making references to “my show” and saying “Get her off my show!” in reference to Braunwyn. Teresa Giudice is also guilty of using similar language on multiple occasions. What both Vicki and Teresa fail to realize is that they are on a show that thrives—nay, depends—on the interactions between cast members. Unless you’re Bethenny Frankel, you’re not compelling enough to carry your own show. Suck it up and know your role before you find yourself out of a job.

As Housewife fans, we live for drama, but when that drama derives from behavior that is immoral or downright illegal, it becomes hard to stand by the Housewife in question. We can never forget Vicki’s entanglement with real-life Dirty John Brooks Ayers, who spent the bulk of season 10 perpetrating a cancer scam, and although she was fully aware of this claimed to know nothing about it, she lost a lot of her luster with fans and the storyline was widely considered a low point for the series. Behavior that goes even further and ventures into criminal territory will get you fired, as Phaedra Parks learned after the revelation during the season 9 Atlanta reunion that Phaedra spread defamatory rumors claiming Kandi and Todd wanted to drug Porsha in order to take advantage of her. Attorney Phaedra should have known better than anyone that no one wants to deal with lawyers.

We’ve all deduced by now that “reality” television is hardly real in the way, say, documentary footage or live news reporting is real. Plots need to be fleshed out, and at times that leads to storylines that can come off a bit contrived. However, when a Housewife herself is inauthentic, it’s a deal-breaker, and a telltale sign that she has no business being on the show. Tamra Judge on Orange County is a perfect current example. A woman who was once a pot-stirring firecracker prone to taking her top off is now, over a decade later, a pot-stirring firecracker prone to taking her top off. Only now it’s no longer novel and comes off as a desperate attempt to stay relevant on a show that is evolving without her. Another party guilty of inauthenticity of a different type is Dorit Kemsley on Beverly Hills. Forgetting about her put-on accent, Dorit’s refusal to air any of her real-life controversies makes her one of the phoniest Housewives we’ve ever had. It’s unclear what she brings to the show, other than a piggish husband and a penchant for over-the-top, label-displaying fashion she can’t actually afford. Yawn.

Just like part of the job is showing up to filming at the appointed times, another integral part of being a Housewife is getting into it with other Housewives. Yet, year after year, there are always several women who complain that they “don’t want any drama” and refuse to go toe-to-toe with the others. In fact, aside from Puppygate, the entire cast of Beverly Hills built a whole season around this ethos, leaving us with one of the most boring seasons of the show we’ve ever seen (and that’s saying something). Even Namaste Teresa is a shell of the table-flipping, prostitution-whore-calling woman she once was, staying out of the fray and letting other people like Danielle Staub do her bidding. One might say this is growth and one might be right, but we all know dignity and maturity have no place on reality television. If I wanted to watch respectful and thoughtful people politely interact with one another, I’d put on The Great British Bake Off. Pick a lane, people!

It will be interesting to see what Bravo does with its OGs, who are some of the worst offenders when it comes to this list. While there’s something comforting about keeping around those who have been there from the beginning, getting rid of the women who aren’t pulling their weight keeps the others on their toes, especially those who lack the self-awareness to course-correct like Lisa Rinna, who does her best despite her drama-eschewing castmates. What other signs are there that a Housewife needs to go and who do you think needs to get off our screens? Let me know in the comments!