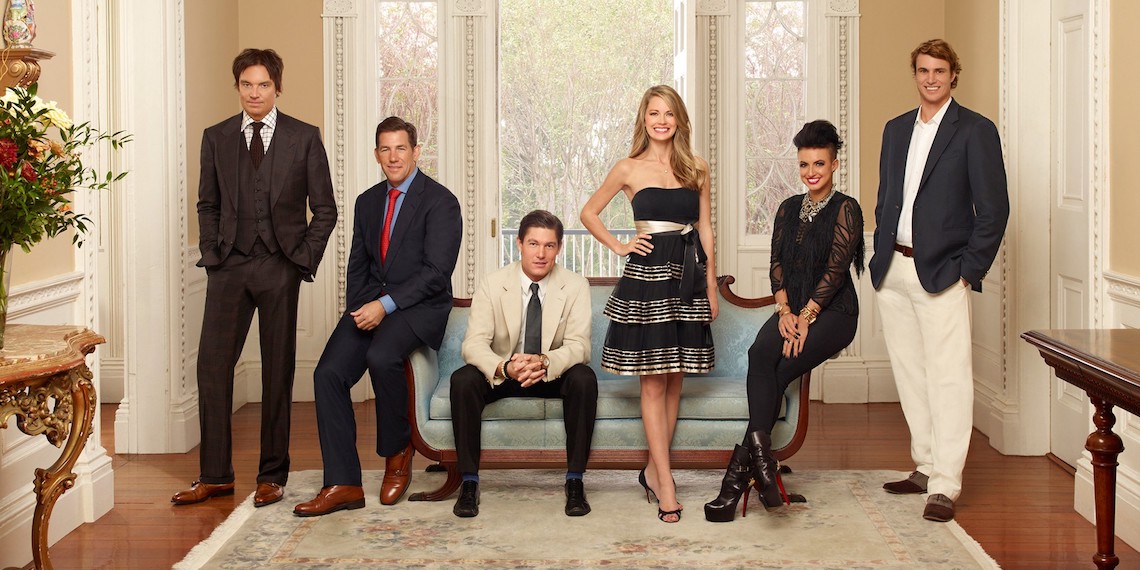 What’s Wrong With The Men On ‘Southern Charm’?

Southern Charm is one of my favorite Bravo shows, and I was really excited for season 6 after a spectacular season 5, where all the women seemingly banded together to take down the “good ole boys” club that pervades Charleston and the mindsets of the men there. It was an exciting time to be watching—the #MeToo movement was igniting, and for a brief moment it felt like there would finally be a reckoning for some of the more toxic men on the show. To some extent, there has been, with Thomas’ arrest and removal from the cast, but you wouldn’t know it by watching this season. The camaraderie between the women is not quite the same as it was last season, and the only woman bold enough to call out the men’s more problematic behavior is being portrayed as a pseudo-villainess. How did we get here, and are there any good men on Southern Charm?

Although Thomas is no longer a cast member, his presence still lingers with the aftermath of his arrest for sexual assault and battery, and Kathryn’s struggle to maintain custody of their two children together. The two met when Kathryn was 21 and still in college, and Thomas was 51. I have no problem with an age gap, but a middle-aged man pursuing a relationship with a woman barely old enough to drink feels predatory and manipulative. And by Kathryn’s account, their relationship was emotionally abusive—she told People that when they started dating, “I just did what he said and took on his opinions and feelings as my own.” She also said that when their relationship started to deteriorate, she and her daughter were forced to live in the basement of Thomas’ plantation, where she felt “sad, scary, lonely, confused, quarantined and isolated.”

When Kathryn and Thomas were on the outs in seasons 2 and 3, she was a veritable pariah and excluded from just about every social function by everyone except Craig. Instead of trying to understand her perspective, she was written off by the others as gold-digging, crazy drug addict (after testing positive for marijuana, of all things) and completely disregarded in favor of a cocaine-using felon and disgraced politician whose attempts at speaking French would make the Seine run dry. Only after the sexual assault allegations against Thomas came out did cast members like Cameran and Patricia turn their backs on him and warm to Kathryn. And to that I say:

This has been a revealing season for Shep. Up until now, Shep has largely gotten away with his more problematic behavior. His attempt to grab and kiss Chelsea in season 4 was largely glossed over by the rest of the cast and referred to as an “incident” by Bravo instead of the assault that it was. The rest of the cast seems to regard his clear problem with alcohol and inability to commit to a woman or a vocation as the amusing quirks of a goofy man-child rather than glaring red flags. Interestingly, the arrival of Madison this season has exposed a lot of Shep’s more toxic tendencies. He refers to Madison as a “white trash hairstylist” despite Shep never having worked a day in his life. He shames her for sleeping with someone in retaliation after catching Austen in the middle of a threesome. Where was this outrage when he heard that Austen cheated with two other women?

After balking at Madison’s admittedly inappropriate revelation about him and Danni, Shep responds by DOING THE EXACT SAME THING and telling Cameran that Austen is a “sexual deviant” because he and Madison have done “butt stuff” together. It’s unclear what exactly he is referring to, but either party being on the receiving end of said “butt stuff” is hardly sexual deviance in this day and age. You know what is sexually deviant? Sleeping with someone you call a friend and definitely allegedly giving her chlamydia. Say what you want about Madison, but I can’t help but respect her for going toe-to-toe with the resident bully of the franchise. Shep has continued his one-man white privilege parade off-camera by recently posting a story to his Instagram where he openly mocked a visibly embarrassed homeless woman collecting cans. It’s revolting enough that he found this woman’s situation humorous. But to taunt and expose her to his hundreds of thousands of followers is appallingly callous, not to mention willfully ignorant. Gosh, I can’t imagine how he is still single!

Whitney first pinged my creep radar in season 1 when he slept with Kathryn and told her to keep it a secret, only to reveal it later to Thomas without consulting her. Since then, Whitney and Kathryn’s relationship has been rocky, and Whitney has gone out of his way to sabotage her relationship with Thomas and malign her character. During season 2, Whitney convinces Thomas to film campaign videos with Kathryn’s sorority sisters that could easily have passed for Cialis commercials, and Kathryn reveals during the group’s trip to Jekyll Island that Whitney took Thomas to a strip club when she was 9 months pregnant with their child. Whitney’s obsessive insertion of himself into Thomas and Kathryn’s relationship looks a lot like Shep’s current involvement in Austen and Madison’s relationship. Is Shep so focused on what’s going on between Madison and Austen because he, like Whitney, is actually the one feeling butthurt? When we find out this season that Kathryn and Whitney have recently slept together, Whitney bizarrely denies it and attempts to gaslight her by saying, “We have a different interpretation of events.” I’m not sure how Kathryn can misinterpret your middle-aged penis struggling to find its way into her vagina, but okay, Whit.

We can now proceed to the f*ckboy portion of this article. Austen was first introduced to us in season 4 as a younger and marginally more attractive version of Shep. His behavior following the cooling off of his “relationship” with Chelsea and subsequent relationship with Madison support the comparison. He proceeded to suggest to all of his Instagram followers that Chelsea has no sex drive as well as talk badly about her to Madison, as all classy men do. When his girlfriend catches him in the aftermath of a threesome (I’m convinced hell is a persistent loop of him screaming “MAAADISEHHHN!”), he proceeds to call her “a crazy person” and threatens to physically remove her from his home. After all, it’s easier to deflect and question a woman’s sanity than to take ownership for the misdeeds that are making her so “crazy” in the first place. #JusticeForVictoria Even when he isn’t the target of criticism, Austen is reluctant to side with women. When Naomie and Chelsea rightfully called out human hemorrhoid J.D. for his philandering and grifting last season, Austen claimed he needed more proof than the claims of his friends, one of whom got her information from J.D.’s wife.

Oh, Craigy. Our favorite pillow artisan is by far the least toxic of the bunch, and he should be commended for his fierce defense of Kathryn for many seasons, but he is not completely innocent either. He lied to the entire group about graduating from law school and passing the bar, and when Naomie directly questioned him about his desire to be a lawyer, he responded by telling her she was acting dumb. I agree that at times her approach was a bit mean, but Naomie’s concerns about Craig’s ambition and general life direction were not unfounded. Two seasons later we are still watching him struggle to get his fledgling pillow business off the ground and wake up before noon, yet Naomie was deemed a bitch for having the audacity to challenge her poor, innocent boyfriend. Even after she has clearly moved on, Craig continues to disrespect her by telling anyone who will listen that she still has feelings for him despite Naomie seeming genuinely happy in her new relationship (however we may feel about Metul).

It’d be a cop-out and a vast oversimplification to attribute the toxic behavior of the men on Southern Charm solely to Southern culture. Though that’s certainly a factor, it’s a symptom of a larger and more insidious disease in our society. When we allow boys to be boys unchecked and without any accountability, we breed a sense of entitlement where, given enough time, money or even fame, a Craig or an Austen might become a Shep or a Thomas. Until we do, men like these Southerners will keep passing for gentlemen.