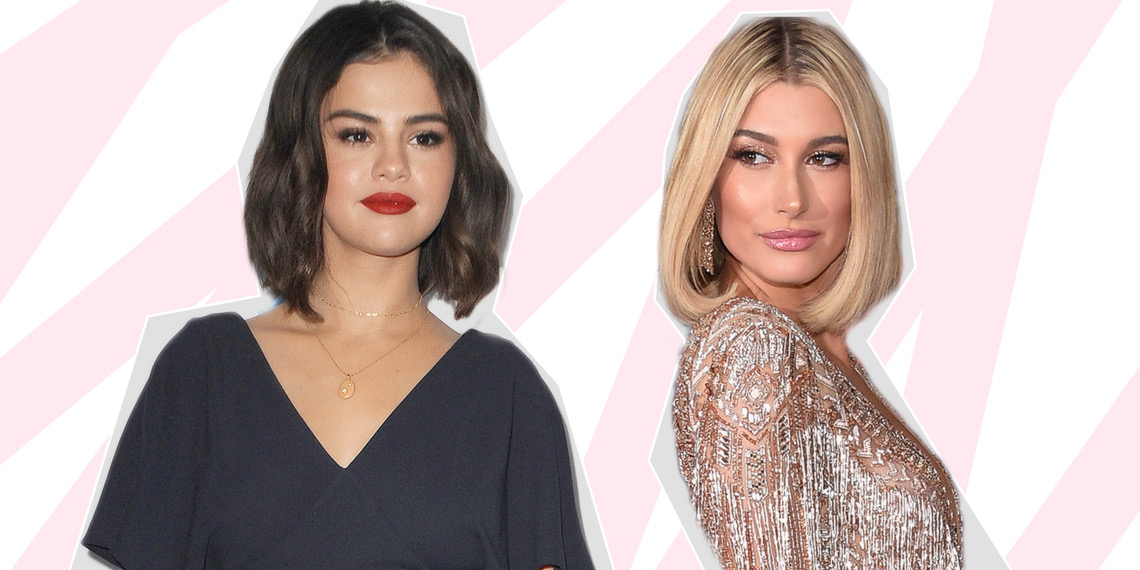 Is Selena Gomez’s New IG A Reponse To Justin’s Engagement?

The second I heard about Justin Bieber and Hailey Baldwin’s engagement, I needed a Selena Gomez update. Like, there was a lot to talk about with Hailey and Justin, but I’m still very invested in the world of #Jelena, and I can’t just shut down that part of my brain. Is Selena okay? Are her kidneys okay? I’m sure she’s okay, but is she like, okay?  You know what I mean. Despite being the most-followed person on Instagram, Selena Gomez isn’t big on sharing on social media, so I assumed we wouldn’t really hear anything from her one way or the other.

Well, Selena has officially broken her Instagram silence, sort of, and it’s the least exciting thing that could have possibly happened. Rather than a shady thirst trap, or a clever joke, or a cryptic caption, it’s a fucking sponsored post with Puma. *yaaaaawn*. SELENA, WE WERE ALL ROOTING FOR YOU. Just once, I was hoping she would let her perfect image crack and show us what she was feeling, but instead she went for a tastefully edited shot in a sports bra and matching leggings.

Striking a pose in the new @puma Defy Mid. #DoYou

The actual Instagram post was boring AF, but that didn’t stop our friends at Cosmopolitan from twisting it into something that it just isn’t. Their headline about the post really sets up for something exciting: ”

Wow! This photo must really be mind-blowing with a title like that! They didn’t stop there. Here’s what they had to say about Selena’s post:

“It’s a paid ad for her Puma campaign, so she probably planned on posting this before the Justin and Hailey news broke, but still, she looks INCREDIBLE. She’s like ‘hell yeah I work out, hell yeah I am fit, hell yeah I really don’t care about that damn Biebs guy anymore.’ She doesn’t seem to have a care in the world, especially about her ex-boyfriend being engaged to someone he had only gotten back together with a month ago!”

Hey, uh, Cosmo, can I grab that for you sweetie? Because you’re really reaching here. Okay, so she looks good in the workout clothes, but are we surprised? Did we think she got fat in the four days since the engagement was announced? I can’t with this nonsense.

They try to compare it to Cazzie David’s instantly iconic Instagram from when Pete Davidson got engaged, but it’s honestly a little pathetic. Sorry Cosmo, but “Striking a pose in the new Puma Defy Mid” just can’t compete with “Been in Africa, what’d I miss??” It’s not even close, so stop trying to make this a thing. Also, don’t ask me how many jokes I’ve made in the past month about being in Africa and missing things, because it is embarrassing. I never said I’m perfect.

And, because I believe in equally roasting everyone, ELLE also had an extremely dumb headline about Selena’s Instagram:

Um, rude? This is 2018, there’s nothing that scandalous about wearing high-waisted leggings and a sports bra. Also, Selena Gomez is reportedly making $30 million for her deal with Puma, so everyone can kindly shut the fuck up.

In terms of Selena’s Instagram, there’s a 99% chance that someone else scheduled that Puma post for her, so she probably hasn’t even opened the app in the past week. She only follows 36 people, so it’s not like her timeline is that fun to scroll through. She’s probably having a fabulous vacation somewhere, ignoring emails and giving her mind and her kidneys all the rest and relaxation that they deserve. Leave Selena Gomez alone!