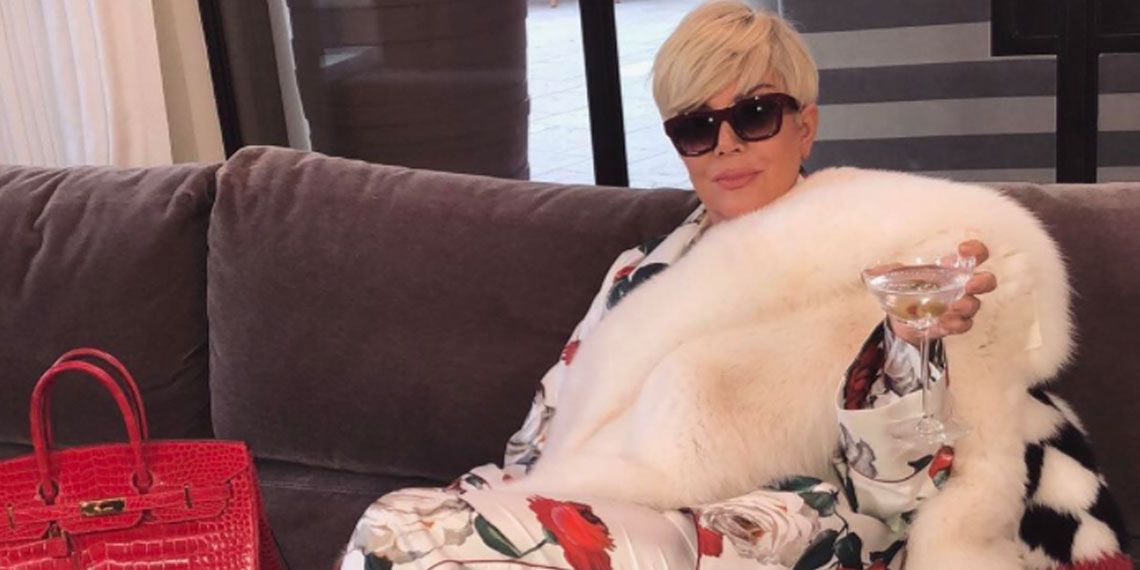 Every Kardashian “Scandal” That Was Definitely Concocted By Kris Jenner

Y’all, it’s been a wild few weeks for the Kardashians, what with Jordyn Woods being excommunicated from the family and Kylie calling out Travis Scott for cheating. Kris has been working overtime, and honestly, I applaud her efforts. It’s no secret that Kris Jenner will do literally anything for a buck, so I would not be surprised if the recent blast of Kardashian scandals in the media, in fact, originated from one of Kris’s chardonnay-induced fever dreams. As someone who prides herself in Keeping Up, I like to think that I can spot a true scandal from a Kris Jenner-scripted scandal. That said, lately it’s been hard to tell what’s real and what Kris had her intern pull from their MFA short story collection. So put on your tinfoil hats, betches, because I’m about to deep-dive into every scandal I believe Kris Jenner concocted for PR purposes.

Let’s start with the most recent development on the KarJenner front: #JordynGate. For those of you who aren’t familiar with the scandal, then IDK what to tell you other than I’d like to throw spoiled fruit at you in the town square because MY GOD how can you not have heard about this by now? Basically, Kylie’s BFF/Stormi’s live-in nanny, Jordyn Woods, hooked up with Khloé’s baby daddy, Tristan Thompson, and the internet promptly lost its sh*t over it. They hooked up two weeks ago at a house party and the tea is STILL being spilled. In the midst of all the drama, the Kardashians have closed rank around Khloé and have committed the ultimate act of petty: unfollowing Jordyn Woods on Instagram and making her lip kit collab more affordable than a Wet n Wild lip stain. To retaliate, Jordyn is taking to Jada Pinkett Smith’s talk show today (!!!) to talk about the scandal, despite the fact that she reportedly has an ironclad NDA with the fam. And while I absolutely called out sick today to watch said tell-all, that doesn’t mean that I don’t on some level think that this entire thing was orchestrated by Kris Jenner for better KUWTK ratings. Let’s examine the evidence!

EXHIBIT A: The infamous hookup took place at a house party where CONVENIENTLY there is no photographic evidence of said hookup, just the word of a guy who thrives on messy drama. Also, what is the motive for Jordyn hooking up with Tristan? A half a million more Instagram followers? I would argue that Jordyn was already gaining fame as Kylie Jenner’s BFF. Wouldn’t it be easier to ride the coattails of your BFF’s fame through lavish paid vacations and lip kit deals rather than fake an orgasm with the Cavalier’s bench warmer? No, sh*t isn’t lining up here…

EXHIBIT B: The scandal CONVENIENTLY broke before the newest season of Keeping Up With The Kardashians aired, which is suspicious AF because last season had historically low ratings. Are we really to believe that this hookup would take place right when the show is desperate for a much-needed PR stunt and everyone is just supposed to chalk it up as a happy coincidence? Are we??

I 100 percent believe Kris could be the mastermind behind this scandal. Think about it. The show is pretty irrelevant at this point. We have 24/7 access to these people via social media; why do we need to tune in every goddamn Sunday when we could watch the exact same storyline play out in real time via Kim’s obnoxiously long Snapchat stories? Nah. I’m calling bullsh*t on this one.

We all remember the year Kylie had a teen pregnancy and then CONVENIENTLY announced the birth of her child via an 11 minute long YouTube video on one of the most important days for PR/marketing: the Super Bowl. Once again, the Kardashians claimed this was just “convenient timing.” It’s not like Kris was poking holes in condoms or hiding her daughters’ birth control so she could have three grandbabies in three months, right? And she certainly wouldn’t have Kylie induced early so they could announce the secret baby on a day when millions of people would be on social media so they could capitalize FOR FREE on media coverage that other companies paid millions for. Yeah, that doesn’t sound like Kris at all…

This was a long con to run, even for Kris. The mystery behind who fathered Khloé Kardashian is still being investigated to this day. It’s been a longtime rumor that Robert Kardashian Sr. isn’t Khloé’s father, and tbh, if you have working eyes then it’s not hard to see that there might be some truth to that rumor. Some people think Kris had an affair with OJ Simpson, while others believe Khloé’s dad is Kris’s longtime hairdresser Alex Roldan. But the speculation has not stopped once in the 10+ years since KUWTK first aired. Whenever things would get stale on KUWTK, Kris would suggest the family take DNA tests “just for fun” or a random “source” would all of the sudden come forward with new information regarding Khloé’s dad. Khloé’s paternity is like Kris’s trump card. Whenever she’s bored or the media hasn’t run a story about her spawn for five f*cking seconds, she whips this scandal back out for old time’s sake.

And to bring this full circle, let’s bring it back to the very first Kardashian scandal to ever grace our television screens: Kim’s sex tape. The sex tape is objectively what put Kim Kardashian on the map. Before the sex tape, Kim’s biggest claim to fame was being third in line to be Paris Hilton’s best friend and first in line to organize her Juicy tracksuit collection.

Never forget where you come from, Kim.

After the sex tape, she had her very own show on E!, magazine spreads, and people actually started shopping at Dash. Now, Kim is dining at the f*cking White House, and all of this happened because of A SEX TAPE. There’s no arguing that Kris Jenner spun PR gold out of what should otherwise have been a stain on their family name, but I have a deep suspicion that Kris Jenner leaked the tape to begin with. It’s public knowledge that the porn company Vivid Entertainment released Kim’s sex tape Kim Kardashian, Superstar, but who sent the tape to Vivid Entertainment?? It could have been Ray J, Kim’s boyfriend at the time and co-star in the video, or maybe it could be the woman who’s idea of “success” is landing your first Playboy cover. I’m just saying.

So, there you have it, Betches. Everything that you’ve ever loved about the Kardashian’s messy AF personal lives has actually been scripted by one Kris Jenner herself. Kris, if you’re reading this, you’re doing amazing sweetie!