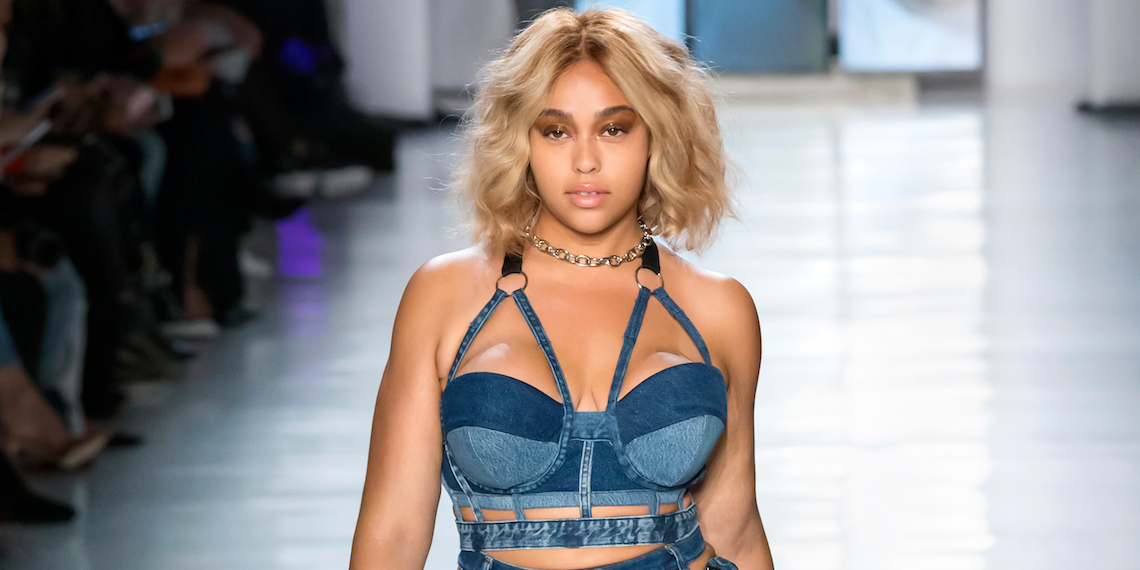 Is Jordyn Woods Benefiting From The Tristan Thompson Scandal?

As we all know by now, this week has been a pretty crazy time in the Kardashian-verse. We’ve always known that Tristan Thompson had a hard time keeping it in his pants, as evidenced by last year, when he publicly cheated on his very-pregnant girlfriend Khloé Kardashian. This week, 2019 Tristan told 2018 Tristan to hold his beer, and then f*cked things up in a way that I’m still just beginning to wrap my head around. We’ve all heard that he’s been dumped by Khloé after hooking up with Kylie’s BFF Jordyn Woods, but I really think he’s just doing fine. The silver lining for Tristan is obvious: he can walk away from a relationship that he clearly wasn’t that invested in anyway, and all he really has to worry about is if he’ll ever be allowed to see his daughter again (he will). Aside from that, Tristan is doing just fiiiiiine right now.

But, as it turns out, there might be a silver lining in all this drama for Jordyn, too! Her little bonus comes in the form of sweet, sweet Instagram followers. Before the news broke, she was at around 8 million followers. Now, she’s at 8.5 million, and still growing. Guys, all of us millenial degenerates have been wasting our time posting boomerangs of clinking champagne glasses and #OOTDS with dumbass hashtags like #VSCO or #mood. Turns out the entire time, we could’ve just slept with Tristan Thompson if we wanted some more followers. And if we’ve learned anything from this situation, it’s that Tristan Thompson will sleep with anyone. Plus, it doesn’t hurt that he’s 6’10, is in shape, and is 6’10. Sorry, I just can’t stop thinking about the fact that he’s 6’10.

So, if all else fails, at least it looks like Jordyn will still be able to pull in some pretty decent #spon opportunities based on her follower count alone. However, it must sting for Jordyn that it looks like Kylie Jenner has already replaced her. Since the drama broke, Kylie has just been…well…Kylie. No passive aggressive “inspirational” quotes or speaking out for her own flesh and blood. At first it was just selfies and hawking her makeup line, but there’s been an interesting development this evening. Kylie just posted a video to her story of herself with an anonymous friend. We do see some features that TOTALLY resemble Jordyn’s (crazy fake nails, killer curves), but other than that, the chick is borderline unidentifiable. However, a blink-and-you’ll-miss-it giveaway is that this new Jordyn clone doesn’t have Jordyn’s infamous gap teeth. DUN DUN DUN.

IF YOU HAVE ANY INFORMATION ABOUT THIS JORDYN IMPOSTER, PLEASE COMMENT BELOW:

I mean, that sucks if you’re Jordyn Woods, but Kylie is 1000% intentionally making us guess whether or not it’s Jordyn by obsessively watching the vid to the point where I feel like I’m Penn Badgley in You. But Kylie is making a grave mistake. If we’ve learned anything from The Devil Wears Prada, it’s that you should always hire the dowdy, adult virgin who shops at Talbots to be your assistant/friend. Right now, Kylie shouldn’t be surrounding herself with Jordyn  Woods lookalikes, because that’s just going to cause more trouble. Personally, I would love to be her new best friend/bitch, if applications are still open.

For now, it seems like everyone in this equation is doing okay, but keep in mind that we haven’t actually heard from Jordyn Woods yet. Her follower count might be going up rapidly, but she’s still stuck sleeping on her mom’s couch at the end of the day. At least now, she can buy some lip kits from her Kylie collaboration at a steep discount!