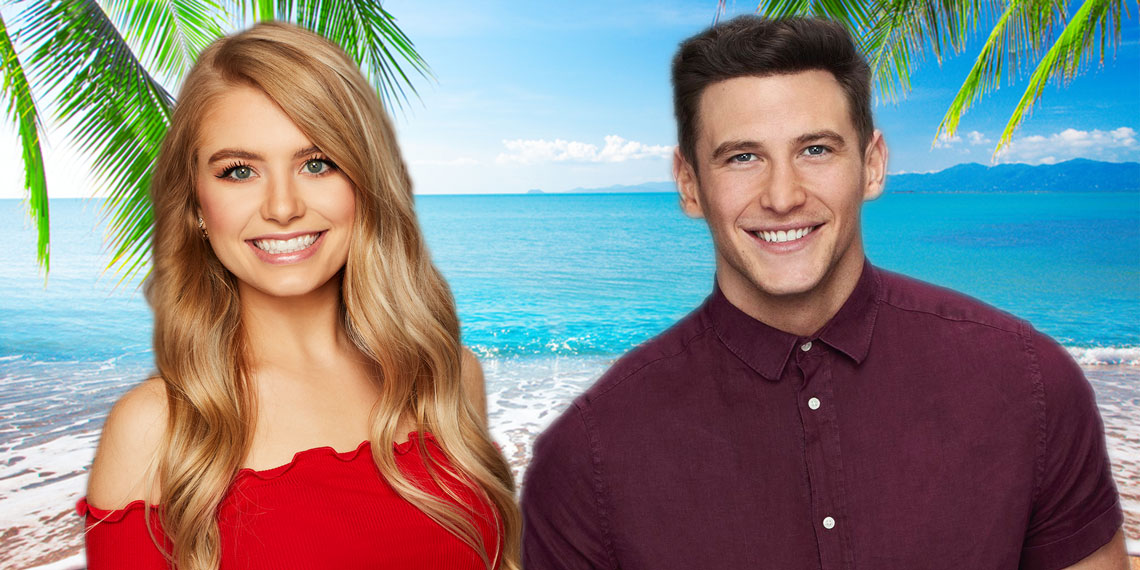 I’ll go ahead and share an unpopular opinion: summer is kind of a trash season. Sure, the first month of day drinking out in the sun is fun—but the next two months are exhausting. By the time August rolls around, there’s literally nothing I’d rather do than curl up in an air-conditioned room and binge on Bachelor in Paradise. Since we have to suffer through another round of The Bachelorette before ABC will give us what we really want, they’re keeping Bachelor in Paradise season 6 cast decisions pretty quiet for now. But because I’m ~that bitch~ I decided to creep around the internet anyway and see what I could find out. Here’s who you should (and shouldn’t) expect to see on Bachelor in Paradise season 6.

Demi is the closest thing we have to a fully confirmed BiP contestant, given that Chris Harrison said we’d “see again somewhere” on Women Tell All. Unless they’re giving her her own talk show, that’s a pretty clear indication she’ll be hitting the beach in August. Also, it kind of seems like fans would riot in the streets if she didn’t join the cast, so I’m glad both ABC and Demi are going along with it.

Yes, the contestant who stuffed a pacifier in Demi’s mouth on Women Tell All. Yes, I do think that’s the only reason she’ll be offered a role, and no, I don’t think she’ll last very long. However, Courtney has proven that she is drama-hungry enough to do just about anything, and has precisely the kind of high tolerance for embarrassing herself that’s required to appear on the Bachelor franchise. We’ll get her back on Bachelor in Paradise season 6 if for no other reason than two episodes of re-ignited Demi drama.

Courtney baby you only got screentime an a possible spot on Paradise because of Demi be grateful and keep it pushing sis cause Demi is winning this fight ? #WomenTellAll pic.twitter.com/V89GLStNK5

Caelynn, on the other hand, people are less sure about. When asked on Ellen back in March whether she’d consider joining the Paradise cast, she “answered with a solid ‘maybe.'” But given her overall takeaway from being on The Bachelor (“this process sucked for me,” it was “absolute hell,” etc.), not everyone is sure she’s ready to dive back in to reality TV. Then again, those comments were largely made in response to questions about whether she’d be the next Bachelorette. Given that she wasn’t offered the role, this could have just been her attempt to save face. IMO, Caelynn might ghost the ABC producers for a month or two when they ask—but she’ll come around.

Will everyone’s favorite content creator get back in the game?! Honestly, given that she cracked 1M Instagram followers from The Bachelor alone, I’m not sure what else she needs from Paradise. Apparently, she doesn’t feel the same way, and has been dropping references to Paradise left and right in her interviews. Specifically, references to meeting Blake Horstmann, the Bachelor Nation-approved romantic pick for her. “I think Blake’s a catch. So I’d like to see him there,” Hannah G. told Extra TV. “I’d have to hang out with him to kind of figure out if that would work and everything. So maybe Paradise would be a spot to meet each other. Who knows. But also I want to go in super open-minded and just go in with my gut.”

IDK about you, but that definitely sounds like someone who’s going on Paradise to me. And possibly, someone about to Tia the sh*t out of Blake while there.

Can we get Blake and Hannah G together on #BachelorInParadise and call if a day? Those two deserve love and would be magic together. #TheBachelor

On that note, can we expect to see Blake in Paradise? Word has it he didn’t join the cast last year because he was still in talks to be the next Bachelor at the time. But talking to Us Weekly in March, Blake said the following: “If I’m single, I probably will be on Paradise.” Hear that, my Colorado betches? If you want Blake on Paradise, just make sure no one dates him in the next three months. Should be easy enough.

Now for some more troubling news. Tayshia Adams, who was essentially robbed of the Bachelorette title, might…not have been asked to join Bachelor in Paradise season 6 either?! In a recent Vulture interview, Tayshia was asked whether she’d ever go back on reality TV. Her answer: “I have mixed feelings about that. I’m looking forward to what other opportunities come around, whether with Paradise or anything else. I’ll never say never. But it’s a different world.”

That sounds to me like someone who has distinctly not been offered a place on Paradise—and who would very much accept it if she were. Wondering which opportunities will “come around” implies a lot less confidence that Hannah G.’s statement that she “want to go in super open-minded.” If I’m right on this, the only question that remains is what the f*ck ABC’s problem with Tayshia is. She was the only member of Colton’s final four who could talk about something other than their relationship, and I feel that kind of mental acuity should be rewarded. For what it’s worth, Evan Bass agrees with me.

Tayshia is so great. So much class. Sad she feels ashamed that some idiot cheated on her. I don’t think she’ll end up with Colton but hot damn she’ll easily engaged by the end of paradise! #thebachelor

Since Joe was eliminated from The Bachelorette night one (good spot, Hannah!), he was able to confirm to Variety last week that he’ll be appearing on Paradise. He’s otherwise known as the “Box King,” because oh IDK he made it his Insta handle, Twitter handle, and the entire theme of his intro video for The Bachelorette. This guy came in guns blazing (from a branding perspective, NOT a romantic perspective) and sadly, I think it’ll make him as boring on Paradise as he was on The Bachelorette. You have to at least pretend you’re in it for something other than cold, hard cash, Joe—that’s what gets you roses.

Cam was a slightly more memorable Bachelorette candidate than Joe, but unfortunately only because he came off like a total f*cking psycho. He was actually giving me major Chris Randone vibes, so even though his turn on Paradise isn’t confirmed, I would be majorly shocked if he didn’t appear. After all, Paradise is where they send all the “misunderstood” (read: emotionally unstable) rejects. Now, as to who will be the Krystal to Cam’s Chris—Demi was the closest thing Colton’s season had to a villain, and I can’t see her falling for his bullsh*t. Maybe they’ll bring back Chelsea? She’s been around the Bachelor block so many times now I think she’d say yes to anybody.

Finally, John Paul Jones. He hasn’t been eliminated on The Bachelorette yet (and honestly, he’s been more fo a legit contender than I expected) but search your souls: do you really think Alabama Hannah is walking out of there with a ring put on her finger by John Paul Jones? He looks like he’s 16, has no discernible job, and told Hannah outright that his long-term plan is to ride on her coattails. Relatable? Absolutely. But not Bachelorette husband material. Everything about him is a gimmick, which makes him perfect for Paradise: and while I think Demi’s a little too sharp for him, I could see pageant queen Caelynn wanting someone like this to follow her around and hold her purse. (Sidenote: do we think Caelynn’s ego would allow her to date one of Hannah’s cast-offs? Time will tell…)

That’s all I have for now—but rumor has it the full cast list for Bachelor in Paradise season 6 will drop in June, when Hannah B. has kicked a few garbage men off her round to join the fun. Can’t wait!