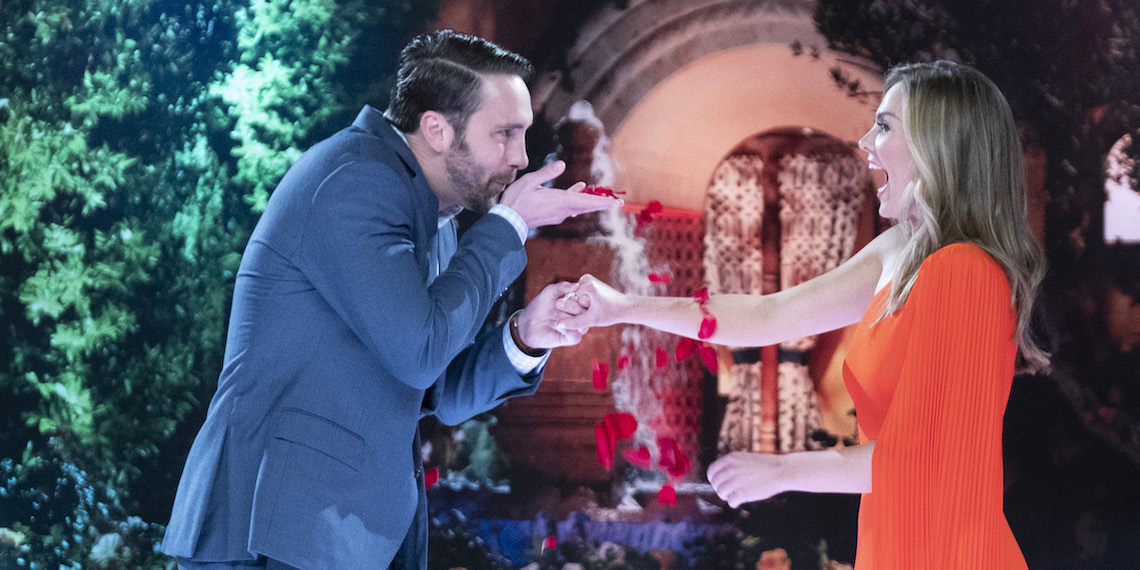 Has ABC Given Up? Hannah B’s Men Are Tragic

It’s been less than 48 hours since we crawled across the finish line in Colton’s season of The Bachelor, but ABC is refusing to let us rest. Last night, after a 12-hour Instagram and Facebook blackout that may or may not have taken years off my life, Mike Fleiss and his goons decided to show us all 33 of Hannah B.’s contestants. Can we really not have one day off before thinking about The Bachelorette? I mean, even God got to rest on the seventh day, and he didn’t even have to put up with Colton’s sh*t first.

So, aside from ripping ABC a new asshole for not giving us a break, I seriously need to address these 33 men. WHERE IS ABC FINDING THESE PEOPLE? This roster of dudes is loaded with some serious grenades, and I don’t understand why they were even considered  in the first place.

Okay, so I understand that looks aren’t the only important thing in the world, and it seems shallow to judge people based on their appearance. That’s great, but the whole foundation of The Bachelor franchise is hot people falling in love on TV. That’s how it’s always been, and it seems a little unfair to Hannah B. that ABC has suddenly decided to not care about looks. Think about the women on Colton’s season. You had multiple pageant queens, and even if you thought all of them were boring, you can’t really argue that they were hot. What is this double standard between the men and the women? If I have to sit through a season of hot 23-year-olds who can’t form sentences, I at least want some male eye candy to match.

Along with the lack of effort in casting, ABC clearly invested very little effort and/or money in the official photos of these guys, because they look less legit than my fake ID photo that I took in front of a piece of blue poster board in a dorm hallway. Apparently everyone was given the choice of three different awkward poses—God forbid anyone look happy or relaxed. The teal background is definitely a choice, and by “choice” I mean the local post office was throwing it away so ABC snapped it up. But what’s worse? They couldn’t even be bothered to turn on the lights for some of these guys! Case in point, Connor J.:

Hello ABC, it is 2019! I have better lighting using my iPhone selfie camera in a pitch black room. Where is the production budget!? Hannah B. better be on her A-game when The Bachelorette starts, because ABC is clearly trying to sabotage her season right out of the gate.

We’ll have plenty of time later to roast these guys one at a time once their bios come out, so I’ll limit it to a couple for now. First, please pour one out for this knock-off Nick Viall. He’s allegedly 29 years old, but I do not believe that he doesn’t still live in a frat house.

There are truly too many men here for me to make fun of, but my personal favorite has to be Daron. Look into this man’s eyes and tell me he is not OJ Simpson, I dare you. This season on The Bachelorette, THE JUICE IS LOOSE. Will Kris Jenner make a surprise appearance on a group date? We can only hope.

If you want to see all 33 of these tragic, tragic men, you can click here, because at this point I really can’t think about them anymore. Right now, we just have names, ages, and hometowns, so we’ll be eagerly awaiting to hear more about all of these men and their lame personalities. I bet some of them have great jobs such as “used car salesman”, “dog fight ringleader”, or “unemployed.” Can’t wait to see Hannah’s reaction when they all get out of the limo. If I were her, I’d f*cking run for the hills.