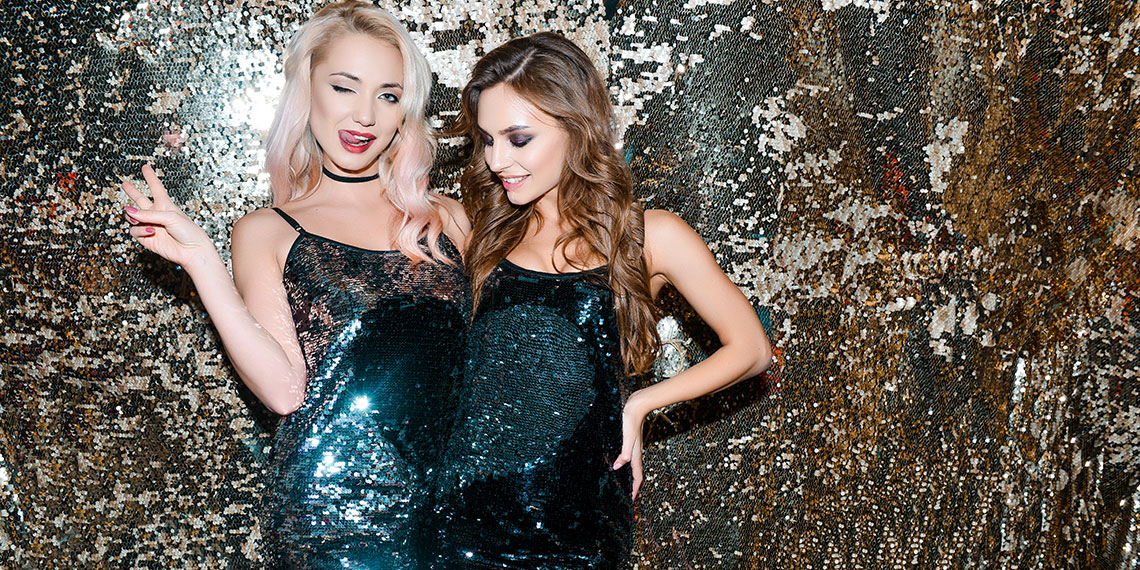 What Your New Year’s Eve Outfit Says About You

Like blue cheese, people either f*cking hate or love New Year’s Eve. I, for one, fall into the latter category, even though it’s kind of off-brand for me. I generally skip any sort of outing at which I am forced to listen to Top 40 and see youths make out, but there’s something about New Year’s Eve that I truly love. Maybe it’s the open bar, or maybe it’s the outfits. If you know me, and most of you prob do by now, you know that my general uniform is jeans and an oversized white T-shirt, but on this particular holiday, I go all the f*ck out. Short dress? Check. Sparkles? Sure. Five-inch heels? Why the hell not? I’m just now realizing that I described an extra from the set of Wolf of Wall Street. Whatever, I’m not mad about it.

My point is that on New Year’s Eve, anything goes, which means your choice of attire is truly up to you. So whether you’re like me and like to get dolled up like it’s the night of the big dance at Rydell High or you aim for something a little more low-key, this is what your NYE outfit says about you.

I know I said I am a firm believer of sparkles on this day, but let me just state for the record that sequins and sparkles are different. IMHO, any piece of clothing with sequins on it is from Forever21. Even if it’s Chanel, it might as well be Forever21. If you’re rocking sequins on NYE, you’re either a hipster who lives for irony, or you’re a traditional gal who goes to the types of parties you see in every tampon commercial/episode of The Bachelor featuring a live performance by some Tim McGraw knock-off. Sequins, to me, are like Kanye West: they either need to somehow make themselves cool again or make it be 2006 again.

If you’re wearing an LBD out on the town, you’re a Meredith Blake type who knows that a bunch of dudes and probably a few ladies are checking you out as you walk by. I support you. The type of woman who wears an LBD to a NYE party is radiating Audrey Hepburn in Breakfast at Tiffany’s vibes and I absolutely stan Holly Golightly. An LBD on any occasion is classic, but on NYE, it demonstrates sexiness with a tiny but of restraint. Like, you may take five straight tequila shots, but you won’t go for the sixth. And when you puke, you’ll do it in a toilet like God intended.

If you are wearing a jumpsuit to a NYE party, you are a girl who wants to f*cking dance and take a ton of photos. You will sacrifice practicality for fashion and risk getting walked in on butt naked in the bathroom if it means you’ll look so hot that you get a “happy new years” text from your ex.

If you remember from a few paragraphs ago, I love T-shirts. But even though I wear one almost every day, I’ve never been told I look good in them. Then again, nobody wears a T-shirt to look good. You wear it because it hides your holiday bloat and you don’t feel like picking up your dry cleaning… or maybe that’s just me. The girl who shows up to a NYE party in a T-shirt probably just came to nurse a martini and Irish exit before the ball even drops. She’ll tell everyone she’s in the bathroom when they ask where she is, and while everyone else is on the verge of checking themselves into the hospital the next day, she won’t be a sliver of hungover.

I know this seems really broad, and it is, but things that fall into this category include, but are not limited to, floral, tuxedo jacket dresses, one-sleeved tops, silk trousers, you get the point. If you’re wearing something that doesn’t fall into one of the other categories, you want people to ask you where your cool dress is from so you can say something like, “I don’t even remember! I think I got it in Paris, but I’m not sure!” when you definitely ordered it on Rent the Runway for this specific occasion. Miscellaneous pieces are not necessarily bad, they’re just unexpected, and you thrive off that element of mystery, even if you have to put in a lot of effort to seem ~mysterious~. You’re the type of person who would dress as some elaborate pun for Halloween just so you could spend the entire night explaining it to anyone who glances in your direction.

Images: BoConcept / Shutterstock.com; Forever21; Bloomingdales.com; Parker; Madewell; Zara
Betches may receive a portion of revenue if you click a link and purchase a product or service. The links are independently placed and do not influence editorial content.