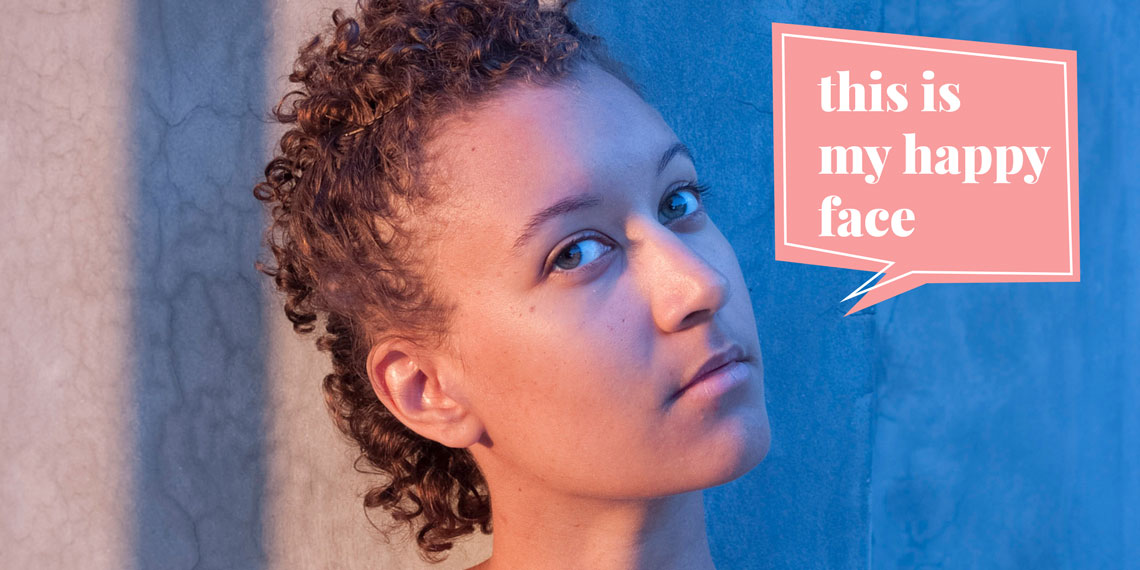 6 Super Weird Things People Have Done To Avoid Getting Wrinkles

You’ve most likely heard about all of the weird, crazy everyday beauty hacks, as well as expensive beauty treatments that some rich celebrities “swear by” to enhance their skin, butt, hair—whatever. Like say, Kim Kardashian’s vampire facial or Ashley Graham’s windex hack for getting rid of self-tanner streaks, or really any asinine hack that a celebrity reveals on social media that automatically goes viral. But what you might not know is that there are plenty of average people out there that also have some very bizarre things that they themselves swear by in order to achieve better looking skin and hair. Enter: all of the weird things people have done to avoid wrinkles.

That’s right, there are people out there that for some reason can’t just rely on a good ol’ fashion anti-wrinkle serum to do the trick. Instead, they’ve ventured as far as rubbing semen all over their faces in hopes of reversing the effects of aging and preventing wrinkles. So if for whatever reason adding retinol to your skincare routine in order to avoid fine lines just doesn’t sound promising, (or you simply just need a good laugh,) read on for all of the bizarre things that people have done to avoid wrinkles.

So apparently there are people out there that believe peeing on a cotton pad and then rubbing it on their face is the secret to maintaining a youthful glow. Why you ask? Well, according to The Sun, a UK-based publication, Stella Ralfini, a 71-year-old grandmother who lives in London, credits adding urine (yes, urine) to her daily skincare routine as the secret to maintaining her youthful glow. The kicker? This woman has been rubbing pee on her skin since she was in her 30’s. That’s right, for the past 40 years, this woman has been rubbing her own urine on her skin in order to avoid wrinkles. (I want my friends to know this the next time they say that I’m gross for only washing my hair once a week.)

Now, I’m not discrediting Stella’s skin, because by the looks of her pictures that ran in The Sun, grandma does have it going on. And while there are reports out there that even though aren’t scientifically-proven, they still claim that since urine is chock full of enzymes and minerals that can help certain issues like eczema and acne. But still, I find it hard to believe that Stella’s pee is to thank for her good skin, and not simply the other parts of her skin care routine, which she mentions is to cleanse, tone, and moisturize.

Unless you live under a ginormous, pop culturally unaware rock then you’ve likely noticed that every time Kim Kardashian does something as minor as pluck out a butt hair, it’s mentioned as a headline on endless websites. And while you’ve probably followed her roller coaster hair transformations from light and long to dark and short to that pink shade she wore in Tokyo earlier this year, you might also remember one of her more terrifying beauty moments: when she got that “Vampire Facial.” On one episode of Kim and Kourtney Take Miami, Kim walked into a spa with Jonathan Cheban  and got a facial where the esthetician ultimately pokes you, makes you bleed (and cry), and then uses your blood as some sort of sick, morbid face mask. (Call me a wimp, but I’ll stick with my GlamGlow face mask, thank you very much.)

Well, Kim isn’t the only self-obsessed psycho to ever get this facial done, in fact it’s actually a pretty popular treatment. As far as what the treatment actually does, it uses a Dermapen to puncture tiny holes in your skin which stimulates collagen and elastin fibers to make your skin smoother, but when you lather on the blood, that’s when the facial really works because the platelets from the blood further stimulate collagen and elasticity.

3. Only Sleeping On Their Back

If we’re being honest, I actually loathe the idea of getting pregnant, if not for any other reason than the fact that you have to spend the duration sleeping on your back. (JK, I’m also loathing it because you can’t drink for nine months, but still.) So when I found out there are sick individuals out there that actually choose to sleep on their backs even when they’re not carrying a child, just to avoid getting wrinkles, I was mind-blown. Hello, if getting wrinkles while you sleep is your concern, have you ever heard of using a silk pillow case to prevent fine lines?

While sleeping on your back is actually a “hack” proven by dermatologists to prevent wrinkles, I’m still not here for it. According to a conversation Health.com had with Debra Jaliman, MD, a New York City-based dermatologist, the derm claims that “…sleeping in such a way that your face comes into contact with cotton pillowcases like on your side or stomach can lead to the creation of deep sleep lines on your forehead and cheeks.” How? Because according to Jaliman, since wrinkles are caused by loss of collagen and elasticity, applying the repeated pressure of sleeping on your side or stomach will only promote the breakdown of collagen, eventually leading to visible lines.

…Whatever. I’m still sleeping on my stomach. That’s why God invented anti-wrinkle serums.

Apparently moms—celeb and um, non-celeb—swear by eating your placenta for glowing skin. January Jones even went as far as making her placenta into pills to take every day. And while that’s all good and fine and probably makes a new mom feel empowered and whatever, what I don’t understand is why the f*ck there are people out there that swear by sheep placenta facials. Like, who in history woke up one day and said “Ya know what? I’m going to watch a sheep give birth today AND THEN I’m going to grab that slab of placenta, put it in a jar, and then go home and slap it on my face and hope that it helps to prevent wrinkles.”

Well, apparently there’s a spa in NYC that offers these facials and claims that the placenta is rich in enzymes and proteins which help to target skin concerns like dull, uneven complexions, eczema, psoriasis, acne, sun damage, wrinkles, and fine lines.

So according to the Daily Mail, there is a 50-year-old woman named Tess Christian that lives in the UK and claims that she hasn’t smiled or laughed in about 40 years all to avoid wrinkles and fine lines. Tess maintains such a straight face at all times that her friends have nicknamed her “Mona Lisa.” I mean, I understand that “laugh lines” are a real thing, and by the looks of it, Tess doesn’t appear to have them, but my question is how has she avoided laughing or smiling? Has she never watched Billy Madison? Do her friends just share sh*tty memes with her? She’s obviously not a big poop joke person and clearly has never read any of our Bachelor recaps. And I just have to wonder: sure, she has avoided wrinkles, but at what cost?

Okay, I don’t care, I will take a sperm facial over a bird poop facial any day (sorry, Mom). Now, I’ve heard that when a bird sh*ts on you that it’s a sign of good luck, but some sickos had to take it a step further and rub bird poop on their face and claim that it prevents wrinkles and brightens the skin. The most insane part? It’s actually an expensive treatment at some upscale spas. No thank you.

Kelsi is a New York City girl who loves hair products, vintage fur coats and any drink that contains both vodka and champagne. In addition to Betches, you may have seen some of her work on Allure.com, Teen Vogue.com and Mane Addicts.com, among other sites! See what your girl is up to on Instagram @Keke_andthecity.