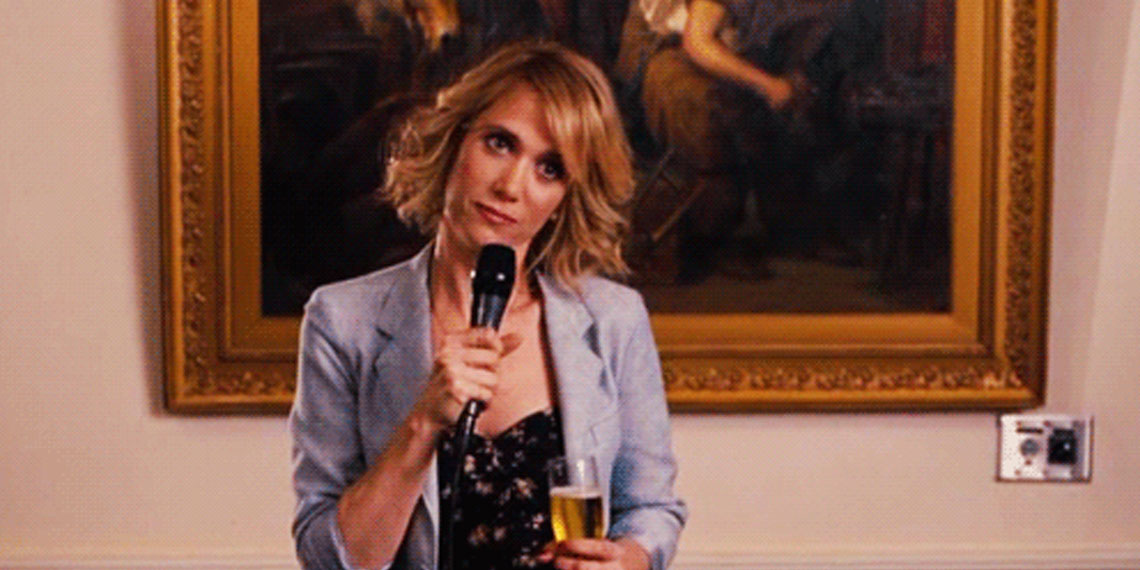 The Worst Things You Could Do As A Bridesmaid

I’ve been a bridesmaid a few times now, and next year will be my first stint as Maid of Honor. When you’re a bridesmaid, you basically are the bitch of the bride, set to do her wishes as a form of modern slavery, except you actually pay her in frou-frou tulle dresses and Vegas bachelorette parties. We all suck it up and do it in hopes that your friends will throw you an awesome bachelorette when you get married and also so our bride friends knows we’re excited for her and want the best for her and are totally not jealous. While a lot of it can suck, most of it should be a totally fun experience assuming your BFF isn’t The Worst. Try to make it easier on her by not doing these things as a bridesmaid:

As a MOH, I can tell you it’s really hard to coordinate everyone’s schedules for the bridal events. If you can’t make it, don’t feel like flying out multiple times, have a job that doesn’t give a lot of vacation, totally fine. Unless your bride is a monster, no one is going to be mad. Just be upfront about the conflict. The worst is when a bridesmaid is being difficult to schedule around, i.e., wants the bachelorette to be on weekdays, or demand it be one specific weekend because of their avid music festival schedule. IDGAF when Coachella is, don’t come then, Jen!

When it comes to planning an event with tons of people, it’s a majority rules situation. We pick the weekend most people can make. (And no, no one wants to do weekdays.) If you really want to come, you may have to move your schedule. And God help you if you try to interfere with the wedding day, which is usually determined by the venue. The only things the MOH and bride should have to plan around are if you’ve got another wedding, a trip pre-planned, or something else of ~actual~ importance. If it’s your dad’s birthday, you’re just going to have to celebrate when you get back. If we try to coordinate a trip around nine girls’ schedules and dad’s birthdays, we’ll never get to go!

Yes, the $300 tulle monstrosity is expensive. Yes, we all hate our hair in beehives. Yes, the Air BnB would have been cheaper but the hotel is walking distance to the strip so we don’t have to pay for Ubers. There are lots of things about being a bridesmaid that suck. We’re all aware of this. It sucks equally for all of us. So don’t complain about it. If you can’t afford something, politely talk to the bride about it separately and see what you can do. You are not required to go into debt for someone’s wedding or be like Annie from Bridesmaids with that ridiculous Fritz Bernaise. But just do it privately so you don’t ruin it for everyone else. Also? If you do decide to shell out the cash for all the bridesmaid stuff, don’t bitch about it later, especially to the bride, Scheana.

Cry About The Look

Coming off the tulle and beehives, don’t be a baby about the look the bride has envisioned. It’s just not about you. If she thinks dressing you all up as June Cleaver is *adorable*, let her (and mock the pictures for the rest of your life). The worst thing you can do is make a scene because you don’t like your hair or makeup. I was a bridesmaid in a wedding where the MOH threw a screaming, crying tantrum at the dress fitting because she couldn’t fit in the sample size. The whole event was ruined, we all felt really uncomfortable, and we ended up just leaving. The MOH then got to pick out our dresses herself with the bride and we all hated them and they gave us literal rashes. Don’t ruin these things for everyone. We all look stupid together and you just need to be cool. No cares that you don’t have the body of a mannequin, we care that you’re a complete nightmare.

Back Out Of Events

As previously mentioned, if you can’t go, don’t go. If you can’t afford it, can’t take time off, etc., be upfront. It’s way worse to let everyone plan around you and then back out later. Bridesmaids are typically expected to host the shower and bachelorette. If you can’t do it, don’t. But if you all pitch in for a certain amount of hotel rooms, and then you bail last minute, the price will go up for everyone else. Same goes for hosting a shower. So tell everyone ahead of time if you can be a bridesmaid in the wedding but can’t afford to do all the extra events. That is totally okay. And if you have a conflict after committing, it’s better just to pay anyway so as not to screw everyone else over. Also? Don’t bail on something you already committed to because you get a better offer. These little events are really important to the bride and the bridesmaids will all remember how sh*tty you were about it.

Drop Out Of The Wedding

Number one on the list of things you should never do as a bridesmaid is drop out of the wedding altogether. Remember, this is really important to the bride and she wouldn’t have asked you if she didn’t want you there. The only reason to drop out of a wedding is a legitimate emergency or because the bride has become so unbearable that you’re willing to end your friendship over it. Which like, if I was expected to spend $1,000 on a dress, I totally would. But otherwise, it’s totally sh*tty to back out of someone’s wedding. This is your only true commitment: showing up and standing up there with the bride. If you have financial concerns, talk about it when you’re first asked and most brides will work with you so you can be there. If you bail, especially last minute, it probs will end your friendship.