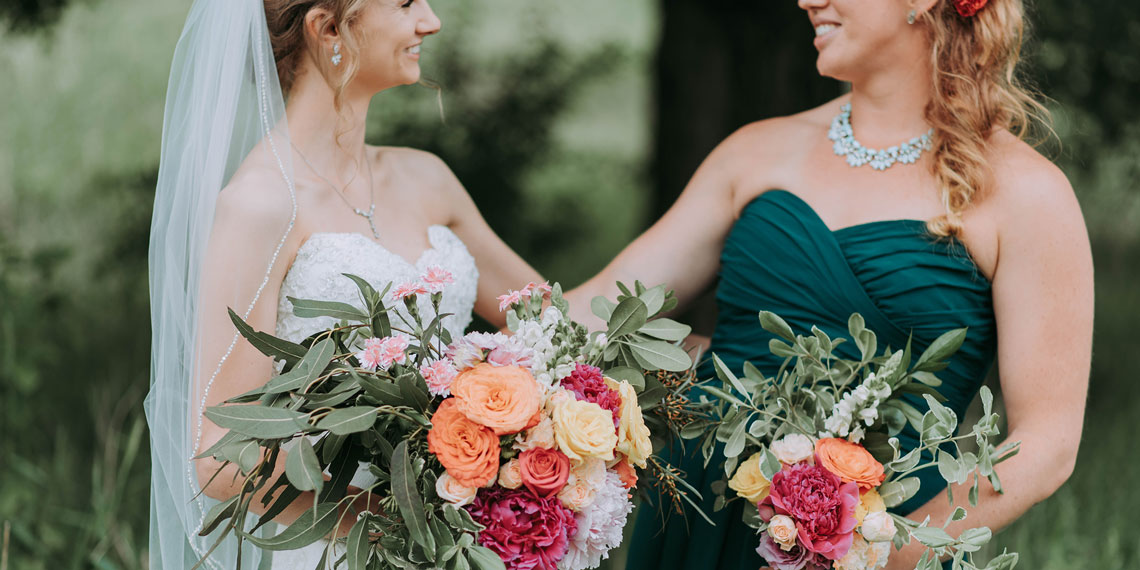 What No One Tells You About Being Maid Of Honor

I was going to say something about wedding season coming upon us before we know it, but I’m almost 30 and I swear to God, every season is now wedding season. What is it with you people? It’s literally Noah’s Ark with everyone waltzing two-by-two into their own personal hell fairytale marriage. I’ll just sit here with my rosé and dog watching trashy reality TV forever, it’s fine. Anyway. I’ve been a bridesmaid a few times before, but my best friend is getting married next year and it’s my first stint as the holy relic, Maid of Honor. Some things I kind of knew from watching previous MOHs in other weddings, but in case it’s you’re a bridal party virgin, here is what to expect as a MOH. But I don’t mean like, “you have to plan the bachelorette” and dumb sh*t like that—you can head to The Knot for your basic bridal party advice. No, I’m here to let you in on what no one tells you about being Maid of Honor.

1. Your Friend’s Bridesmaids Are Assholes

This one was the most shocking for me. People. F*cking. Suck. I mean I knew that in a general sense, but I know the bride’s friends really well and they still suck. Expect bridesmaids to drop out right before buying the dresses, to get pregnant and bail, to “not be able to get work off” for the bachelorette even though they had a year’s notice, who didn’t know the shower was “mandatory”, to try to skip the dress fitting because they don’t like the other bridesmaids, to throwing sobbing tantrums at the fitting because they gained weight, and a whole slew of other issues I could write an entire novel on. These are supposedly the bride’s best friends and all they have to do is a buy a dress and show up to three things. It’s not hard and yet people will still cause problems.  It’s your job to be cutthroat and handle it before it gets to the bride and causes her unnecessary stress. And you know what? It’s usually the people that seem most together that you’ll have the most problems with.

2. You Will Have To Front Money

You know when you try to plan a birthday dinner because you’ll think it’ll be fun? And it somehow ends up being way more people than you thought because literally everyone is coupled off? Then you realize this was the worst idea ever once some guests are an hour late, the restaurant tries to give up your table, no one can do math for their check, and someone else ordered drinks not on the happy hour menu but claims they are happy hour??! The bill comes, everyone is miserable, and you’re like, “hi asshats, it’s my birthday, can you please pay your f*cking check because we’re $240 short???” Yeah, so, being MOH and planning the bachelorette party and bridal shower is exactly like that. But for multiple days/dinners/even an entire weekend. People will easily commit to something until you ask them to pay their part of the hotel deposit. Be prepared to move some cash around and repeatedly yell at people to get your money back.

3. You Will Plan Everything

Speaking of, it’s your job to coordinate everyone’s schedules for the bachelorette and shower. It’s your job to pick a hotel that is both affordable but close enough to the action and has a nice pool. Everything is in your hands. This is fun because you get to do what you and the bride most want, but literally none of the bridesmaids will agree on anything and it will end up being kind of a nightmare. Pick your favorite people and work around their schedules, everyone else can figure it out. Also? Super unclear how you can’t get work covered with a year’s notice for a bridal event but you can get it covered to go to a party at a bar with a week’s notice. Wtf, people. I see you.

A cool thing nobody tells you about about being Maid of Honor versus a bridesmaid is that you can help make a lot of the decisions with the bride. Trying to coordinate all the bridesmaids’ opinions is impossible, so she will look to you to help decide the perfect wedding colors, bridesmaid dresses, and whether the shoes should match (match, yes, be identical, no). It’s super nice to be able to save yourself and others from a $300 cupcake tulle nightmare or a color that makes you look sickly.

5. Your Real Job Is To Support The Bride

At the end of the day, you’re really the bride’s main support system through all of this. You will handle the bridesmaids getting too drunk before the ceremony, when the hotel pool is closed for cleaning during the bachelorette, when the bride has a complete meltdown because the flowers are late on the big day, etc. Your main goal is to keep her from sobbing and remind her that this is supposed to be a happy time. You are there as her best friend and lifeline and to make sure she gets through this entire circus with great memories she’ll have for the rest of her life. You know, until her next marriage.