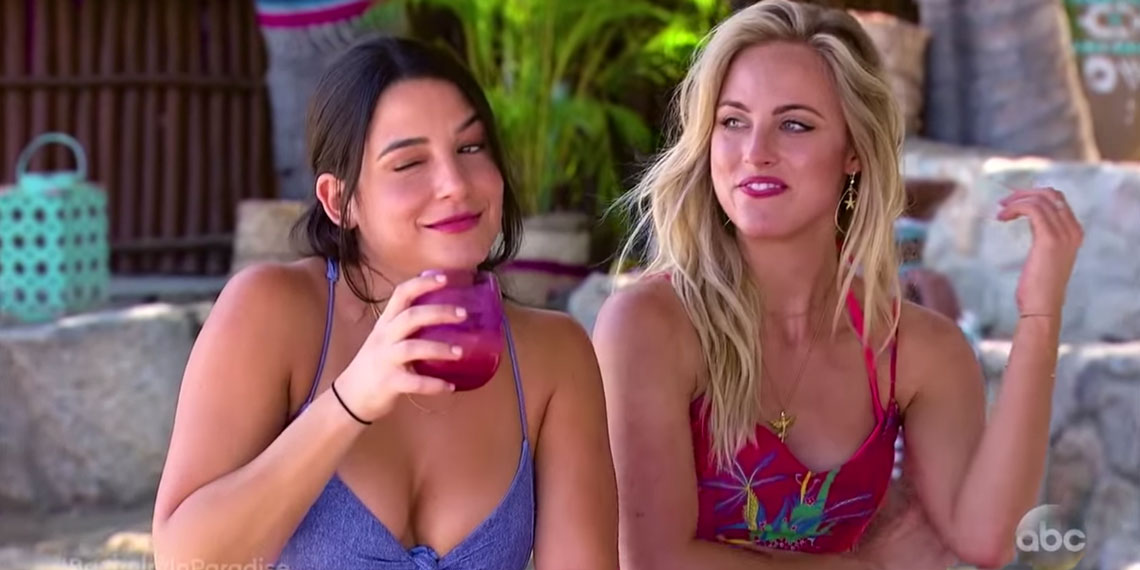 After a *Chris Harrison voice* dramatic fourth season of Bachelor in Paradise, it’s pretty hard to get hot and bothered for Bachelor in Paradise season 5. The cast is full of randoms, and it’s pretty east to predict who’s going to be dramatic and generally awful—I’m looking at you, Jordan and Krystal. Still, I’m a Bachelor addict and will watch anything these producers fart out for ratings (except The Proposal, that show is dumb af). Now that the first trailer for Bachelor in Paradise season 5 has been released, though, I have some thoughts and renewed hope that this season won’t be total dumpster fire or a snooze fest like The Bachelor: Winter Games.

The Bachelor in Paradise season 5 trailer opens on a denim cut-off clad Tia fawning over the beauty of what is surely a herpes-laden Mexican resort. Tia could definitely fall in love there. I mean, her Southern twin, Raven, found her prince charming on this same beach, so why can’t Tia? They’re basically the same person. Of course, we don’t see Colton in this promo because he literally just got kicked off The Bachelorette for being a virgin . Never fear. I have a feeling he’ll show up late in the season.

I’m betting the whole first half of the season will be dudes trying to dry hump Tia on that weird beach canopy bed thing while she pines over Colton. She’ll totally go on a date with the first guy to get a rose, but he’ll walk away from that beach picnic with the bluest of balls when Tia tells him her heart belongs to someone who maybe isn’t even coming.

The teaser gives us a glimpse into who gets the most camera time this season. We get Bibiana crying like a second-rate Ashley I. We also see guys from Becca’s season who were gone too soon like Wills, Joe the Grocer, John the Asian guy who’s probably secretly really rich, and then other Becca rejects like David aka the chicken.

Do David and Jordan have unfinished business? Of course they do. Prepare to see them go after the same girl at least once. The video shows Jordan at a table overlooking the ocean with Annaliese from Arie’s season. I’m pretty sure she’s either on the date because either no one else wanted to listen to Jordan talk about himself for four hours or because David hinted at liking her. Whichever reason, I already feel super bad for her. I’m cringing at the thought of her enduring the sight of Jordan’s in his gold Speedo. I’m sure we will add gold Speedos to the list of experiences that have traumatized Annaliese.

There are some hints in the preview that make me genuinely excited to watch the show. Most of the women they picked, sans Krystal, are actually likable and probably deserve love. Eric and Kenny from Rachel’s season are back, which is the closest Eric is going to ever get to being the Bachelor, so I’m stoked for him. Plus, I’ve been wanting Kenny to find a decent step-mom for his daughter. And Wells is back. Yes, he’s just the bartender again and probably won’t make out with one of the contestants like last season, but the Wells puppet comedy is pure gold and we need more of it.

No matter what happens this season, there’s bound to be drama, at least one person’s eyelash extensions slowly falling out episode by episode, and a tangled mess of hair extensions. Bachelor in Paradise season 5 premieres Tuesday, August 7, and with the Tickle Monster on the loose, let’s just say people are bound to find some sand in unfortunate places.

Watch the entire Bachelor in Paradise season 5 trailer below.