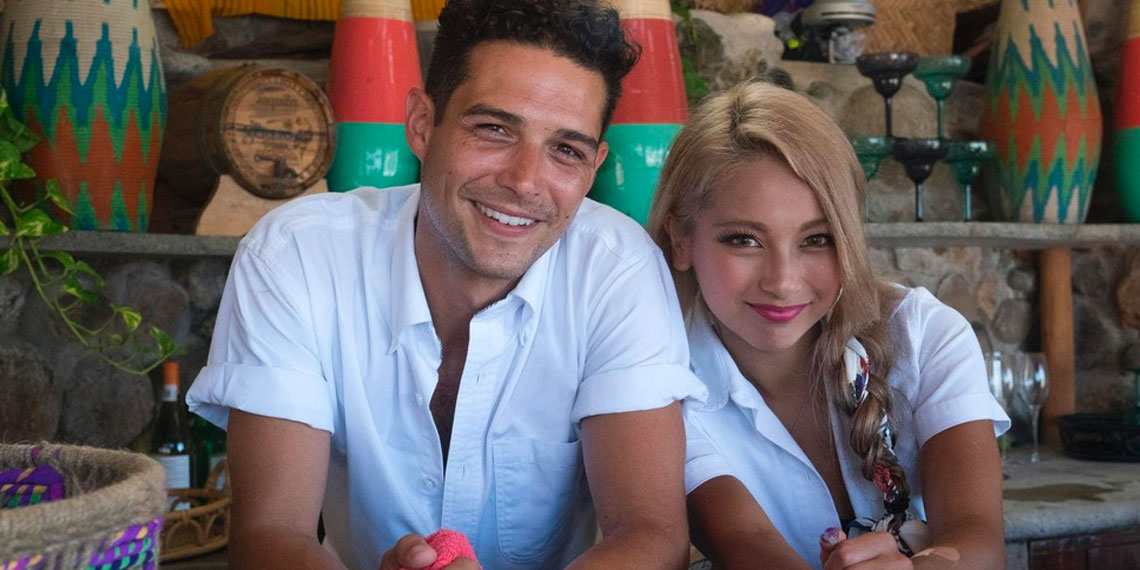 The Bachelor in Paradise season 5 cast is out! I do realize I wrote about this show earlier this week and you may be thinking, “how can this girl write about Bachelor in Paradise again? Isn’t she sick of it?” But do you really think I can’t come up with a few more ways to say how much I enjoy watching people get drunk and hook up on TV? My, how you underestimate me. Hit me back up on my deathbed, and I’ll still be talking about Deanie Babies two-timing a Russian orphan.

People magazine, which I have renamed People Who Pay For Shitty Exclusives magazine, revealed the full Bachelor in Paradise season 5 cast yesterday, and it includes a lot of familiar faces that were on the show for a while, along with some people whose time at the mansion was shorter than their appointment for eyelash extensions. You can read the People story to see the full list and the exclusive cast photos that are slightly less offensive than the ones ABC posts on their website before each season. Which just means they weren’t taken at the last remaining Sears location—all we can really ask for at this point. As mentioned previously, there are a lot of people we know on this list, so I’m going to use this article to take a look at people we might not remember for various reasons, one of them being that the cast member doesn’t speak English. Here are the most random people in the Bachelor in Paradise season 5 cast. Somebody DM me their agents’ info.

I literally have no memory of this girl from Nick Viall’s season. It could have been my own personal fixation on Nick’s lisp that made it difficult for me to focus on literally anything else, but also I have a feeling she didn’t last that long. And after a quick browse of her sparsely followed Instagram, here’s what I’ve gathered: Angela posted no pictures from her season, she does not have an endorsement deal with FabFitFun, and one of the few Bachelor Nation contestants she hangs out with is THE TICKLE MONSTER. So yeah, this looks promising. I think I speak for all of us when I say the following about Angela:

Annaliese was from Arie’s season, so you probably do remember her. But I would be remiss if I did not remind people that Annaliese is the one who had an emotional breakdown over a bumper car trauma in her past, and she had a bad experience with a dog. Expect her to be the lonely one drowning her sorrows with tequila shots. Unless, of course, she’s also had a tequila trauma.

Eric! I’m so happy to see your smile and beard here. Eric came in third on Rachel Lindsay’s season of The Bachelorette, and since I don’t feel hot rage flowing through my veins while looking at his face, he must not have done anything too offensive on her season. I do recall thinking he was like a big kid so I hope that these women don’t rip him to shreds for more Instagram followers.

John’s going to be bugging everyone to Venmo him for the drinks. They’ll pay you eventually John, just chill!

(Before you comment, Kenny’s real last name is apparently Layne, and King is his stage name. And this is why I have trust issues.) K. Kenny was the wrestler on Rachel’s season who had to bear the brunt of Lee’s racist comments. He was also a single dad, so he certainly deserves a free trip to Mexico on ABC’s dime. Plus his daughter looked like a full adult so I’m sure she’s old enough to throw a rager watch herself while he’s seducing some ladies on a beach.

If you all didn’t waste 12 hours of your life on The Bachelor: Winter Games like I did, you might not know that Kevin is from the Canadian Bachelor. But, TBH his claim to fame is that he took the virginity of everyone’s favorite human faucet, Ashley I. I’m sure he’ll be disappointed to hear that the only virgin in Paradise will be Colton. Or maybe not! Who am I to judge?!

I just don’t know how he’ll survive a climate too hot for his tracksuit.

Yuki was the most adorable cast member on The Bachelor: Winter Games, but there is a 100% chance that she doesn’t understand English. And she’s going to be the bartender! May God have mercy on their souls. And their livers.

Less randoms and people who you do not need to see a gif of to remember who they are include: Astrid Loch, Bibiana Juliana, Chelsea Roy, David Ravitz, Grocer Joe Amabile, Jordan Kimball, Kendall Long, Krystal Nielson, Nysha Norris, and Tia Booth. And Wells is also back as one of the bartenders.

So there’s your sampling of Bachelor in Paradise Season 5 cast! There’s no way this is the final list—if I had to guess, there will be more men from Becca’s season that just haven’t been eliminated yet, plus a few other women not included here. Seriously though, if Bekah M. doesn’t show up it’s because she actually did go missing. Can’t wait!