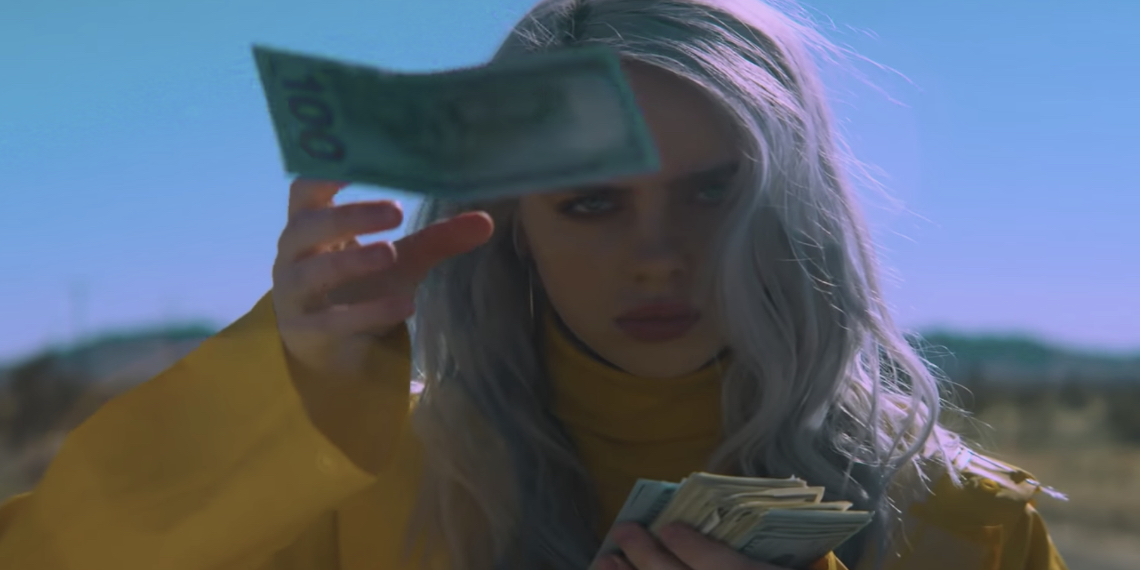 Realistic ‘Money Diaries’: How Much It Really Costs To Move

As you well f*cking know by now, we here at Betches consider it our duty in life to rip Refinery29’s Money Diaries a new one. Seriously. That’s in our official company policy. Look, if they’re going to continue to “break down barriers” and promote the struggles of full-time trust fund babies and part-time influencers, then I’m going to continue to anonymously blast them about it on the internet, and I won’t apologize for that! We’ve already discussed how it costs a chill $2k to even breath in cities like New York, Los Angeles, San Francisco, and Portland, and now we’re financially breaking down everyone’s favorite topic: moving.

If you’re anything like me, then moving feels like the undocumented 10th circle of Hell, right after that one about treachery. And I should know, because in the past 4 years I’ve moved four times, two of which involved moving to a different state. Yep, you heard right: FOUR TIMES. If you’re wondering where my mental stability is after said moves, let’s just say I’d rank it somewhere between Khloé Kardashian aggressively screaming “LIAR!” into her phone in the latest trailer for KUWTK and Britney Spears shaving her entire head in 2007. I hope that paints a clear enough picture for you. I think we can all agree that moving is not fun, and it’s hella expensive—especially if you’re moving in or to a big city. And since I’ve done both, and there’s nothing in this world I love more than b*tching about my own life, I thought I’d document my struggles for your viewing pleasure. For the sake of time (and your sanity) I’m only going to talk about the two moves that involved moving in and out of New York City, as those were the most expensive moves by far. You’re welcome.

When I first graduated from college, I realized that just because I had a degree in creative writing and listed “senior send-off T-shirt designer” for my for my sorority as my greatest career accomplishment, didn’t mean anyone would actually hire me. Which felt—and still feels, quite frankly—extremely unfair. Not everyone can come up with a slogan as catchy as “adios bitch-achos” and convince 100 something white girls to all agree on it, okay!!

I spent the first 9 months after graduation doing literally any freelance opportunity I could to pad my resume while living at home and applying for more full-time positions. The February after graduation, I landed a job in Manhattan as a publicity assistant for a major book publishing house and essentially had to move my entire life from North Carolina to NYC in a shorter amount of time than Forever21’s return policy—and you know that sh*t is a quick turn around.

Occupation at time of move: Book Publicist/Aspiring Writer/Actively Trying To Marry Rich
Industry: Anything that would accept my creative writing degree
Age at time of move: 23
Location: New York, NY
Salary: $35,500
Moving Stipend: Lol. Companies actually do this? Just because I was hired at one of the largest publishing houses in the world doesn’t mean they would give up any of the billions of dollars they make a year to help my entry-level ass move. In fact, I was only given three weeks to move from North Carolina to New York City, find a place to live that didn’t end up with me a) living in a cardboard box or b) becoming the plotline of a Law & Order episode, and the only help they gave me was to “accidentally” change my start date to one week earlier.
Savings at time of move: $3K

What I Paid For During The Move

(I’m going to be completely transparent here, I was lucky enough to have my parents help me out a ton for this move. At the time, I was freelancing and only had about $3K in my savings, which, as you’ll see below, was almost entirely what was needed to pay upfront for my apartment. I know not everyone is lucky enough to have their parents help them move or help them fund said move, so keep this in mind if you’re having to move completely on your own.)

Apartment fees (deposit, 1st/last month rent, etc.): $2,850. My first apartment in New York was located in Bed-Stuy, Brooklyn but, like, before Bed-Stuy had coffee shops that served avocado toast. I distinctly remember a cab driver making a crude comparison to Bed-Stuy and a war-torn country and then telling me to pack up my things and “run while I still can.” And they say New Yorkers aren’t friendly or helpful! My rent for one bedroom in a four bedroom apartment was $950 a month, and I had to put down essentially three month’s rent up front with first, last, and security deposits. This is not uncommon in the New York area, which was a shock to me. This was practically everything I had in my savings account, and I hadn’t even gotten the keys to my goddamn apartment yet.

^^Actual footage of me during my move

Furniture: $800. Fun fact: even if you’ve accumulated furniture throughout your life, don’t think you can bring it to this trash city, because odds are it won’t fit in the 300 cubic square feet your landlord is pretending is a bedroom. When I moved to New York I had to buy all new furniture because the bed and dresser I’d had from home wouldn’t physically fit in the limited space I had. Most of the furniture I bought was from Amazon and Goodwill so, like, cheap finds and it STILL cost me close to $800 when all was said and done.

Random Moving Costs: Can you put a price on your sanity? What about the Metrocard I had to buy before getting my first paycheck? Let’s just round this number $300 and call it a day.

Total Cost of Move: $6K. That’s right. SIX THOUSAND DOLLARS, and that’s mostly for rent and actually transporting my sh*t from point A to point B. That doesn’t even include any of the fun stuff like room decor or the boxed wine I needed to dull the sting of my savings being set on metaphorical fire.

Cut to 3 ½ years later and I moved back to North Carolina from NYC. I won’t go into the details as to why I moved—you can read my sappy, wine-induced Instagram post for that—but I’ll just say it was time for a change. I’d been applying for jobs in North Carolina while I was still living in the city, but I actually ended up moving before I had another job lined up. This was a huge risk and, as my mother so sweetly told me several times during the course of this move, I could have really screwed myself. That said, I made saving a major priority before going into this move. I didn’t want to have to rely on my parents again, and I knew I could possibly be without income for a few months. See? I’m learning! And they say you can’t teach a basic betch new tricks.

Occupation at time of move: Just Actively Trying To Marry Rich (Kidding! I was also freelance writer, if you can call aggressively pitching Riverdale related content to any outlet that would listen “writing.”)
Industry: Parental pity
Age at time of move: 26
Location: Greensboro, North Carolina
Salary: $300-$1,000 depending on amount of freelance gigs I could hustle each month.
Moving Stipend: Do the Cheetos my dad sprung for at the 7-11 in bumblef*ck Virginia count? No?
Savings at time of move: $10K

What I Paid For During The Move

Apartment fees (deposit, 1st/last month rent, etc.):  $100. When I left the city I moved back in with my parents *shudders* but this also meant that I was living rent-free for a bit. I did owe $100 to my Brooklyn landlord for “miscellaneous damages” to the apartment, despite the fact that he could not name (or take photographic evidence of) one actual damage that he charged me for. K.

Furniture: +$200. I actually made money here because I was able to sell back some of my tiny-ass furniture I bought for NYC that I would no longer need once I moved to a city that wasn’t garbage. Blessings. What I couldn’t sell I left on the street to be fought over by my neighbors like the last weapon in The Hunger Games.

Random Moving Costs: $500. I may or may not have locked my keys and cell phone in my apartment mid-move. To set the mood for you, I spent the last two days before my move saying goodbye to my life in the city by binge drinking for 48 hours straight, as one does. My dad flew in approximately 12 hours before we were set to drive 13 hours back to North Carolina with all my sh*t and found me curled in the fetal position in my dog’s bed amongst piles of trash bags full of clothes. In the remaining 12 hours before the move, we managed to pack up the rest of my stuff, get dinner, see a show, and get approximately 4 hours of sleep before waking up at the crack of dawn to pack the truck. So, to summarize: I was severely hungover, exhausted, and in the midst of heavy lifting when I found out I’d locked my keys and cell phone in the apartment halfway through packing up the car. I think this is perhaps the best representation for my state of mind upon realizing what I’d done:

Long story short, after attempting to break into my own damn apartment, having my neighbors threaten to call the cops for said break-in, begging to use a random person’s cellphone to call my landlord, trying to call my landlord and crying when I realized it was a Jewish holiday and he would perhaps get back to me in the next 1-2 weeks, and finally using my dad’s apple watch to call my mom who called a local locksmith in the area, we were able to get back into my apartment to finish the move. For a cool THREE HUNDRED DOLLARS. Add in all the boxes and packing materials I bought, and we can just round this cost up to $500 here I think.

As you can see from this deep analysis of my finances, moving is f*ckingggg expensive. And I’m only describing the moves that occurred across state lines! I also moved once while living in New York all on my own, without a car, or my parents to help me. Two months after moving to North Carolina, I moved into my own apartment in Greensboro, which effectively drained the rest of my savings. Will I move again, you ask? Only if I feel like sabotaging my own happiness in the near future. So, yes, probably.

That said, I have learned a few things about moving. For one, savings matter, especially if you’re moving on your own without any outside financial assistance. It was key to my second move. I also learned that just because you have enough money for rent doesn’t mean you actually have enough money to move—you might end up spending three times what your monthly rent costs. Also, don’t drink before your move. Just don’t do it.