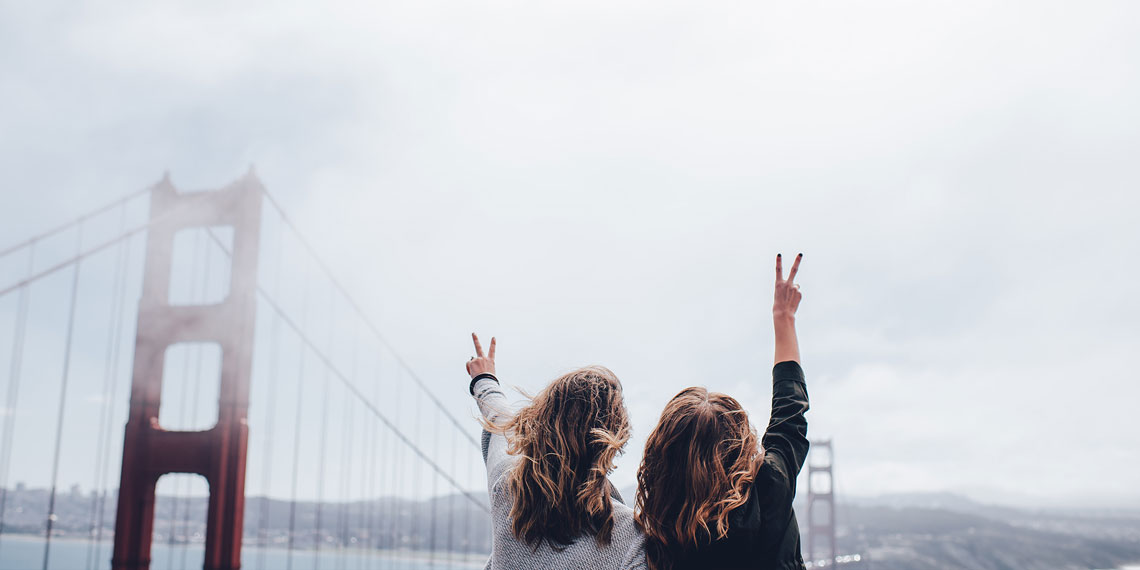 Realistic Money Diaries: How I Survived In San Francisco On $45K A Year

You might remember that Refinery29 published a failed attempt at a ‘Money Diaries’ about (what they consider) relatable women who live in f*cking expensive places. The reality is that these stories actually sound like someone is calling up their d(z)addy every time they want to go to Glossier or brunch. Meanwhile, the rest of us are here having sleep for dinner, wondering what the heck we’re doing wrong.

Now, five years or so after college, one might say I occasionally can treat myself to an avocado toast or a non-happy hour drink. My poor (literally) post-grad self might have *slightly* moved up in the world (you might find me freelancing on resumes and sh*t on Betches because I’m a freak and have a *passion project*), but it wasn’t always that way. So, what better way to explain that than to pimp out the first few years of my twenties. Here is a much more realistic money diary of how I lived in San Francisco during these miserable years of my life.

After graduating from UNC-Chapel Hill as a journalism major, I decided, “why would I use everything I learned in the last four years towards my future career? I’m going to go into sales.” So, I moved to SF after getting an entry-level job at an ad tech company. After landing the job through one of my sister’s friends (networking at its finest), I accepted a $45K salary and moved to one of the most expensive cities in the country. Good job, brah.

Salary: $45,000
For some perspective, there was actually a homeless man (Google: The SF Bushman) that was reported to make over $60K from his “street performance” in SF. So, the fact that I was making $45K was pretty dismal. Oh, and the average salary in SF is well over six figures, making it impossible to find a place to live that doesn’t resemble Harry Potter’s cupboard under the stairs.

Rent: $1,300
At first, I was paying $1,600 for a crappy apartment with this dude who was not only like 15 years older than me, but also was most likely a drug dealer (this part would have been fine if he shared). Two months in, I actually found out the apartment had f*cking fleas. I *immediately* exited the vicinity. Thank u, next. I ended up finding a place for $1,300. The new apartment was 500 square feet for two people (and somehow included a living room, kitchen and bathroom) but hey! At least I was flea-free.

Bonuses: $200/mo
I got paid overtime at this job so on average about an extra $100 a paycheck, so $200 in total. TBH this feels like a waste of money considering the slave labor coffee runs I was being forced to do on a daily basis, but whatever, money is money.

The Sh*t I Paid For

Internet: $50
Ugh. Literally, what does a girl have to do to stream Riverdale on a Friday night? Give up her first-born child to Comcast? I am literally not even a human without working internet so my roommate and I split this bill.

Phone: $Free$
At this point, I was traveling for work so I asked my company to pay for my phone bill. They said yes. You never know until you ask, right?!

TV: $10
Cable’s going to be a no for me, dawg. Luckily, my roommate was in the same situation, so cable was a no-go. If I had to choose between a few bottles of wine and getting to watch The Bachelor on time, I’m choosing wine. Sorry, not sorry Chris Harrison. I did treat myself to Netflix and steal my parents cable password so I did not die of boredom.

Groceries:  $60/week ($240/mo)
Trader Joe’s frozen meals literally (not literally) became my bitch. I mean, have you ever tried their fried rice? Five stars. If I could get two meals out of a $5 bag, that was great. This and the fact that I actually couldn’t fit in my kitchen if I ate bread the night before (that small, yes), meaning that I highly overused the microwave. TBH, I probably did this 3-5 nights a week.

You might have noticed that I only talked about dinner. Welp, in full saving mode, I ate the cheese out of the snack fridge at work most of the time for lunch, making some sort of sandwich. OFFICIALLY EMBARRASSED AT MYSELF. WOW.

Life tip: if you do this, just conveniently end up on a call or in the bathroom when the office admin asks where all the snacks went.

Transportation: $65
Having a car in San Francisco is basically equivalent to asking someone to break in and steal your sh*t. Enter: monthly clipper card (SF version of a subway card).

Gym: $0
What’s a gym?! Coming out of college, my metabolism was still fast AF (as if I needed another depressing thing of the past to come up while writing this post) so luckily, taking runs around San Francisco was enough to keep me *somewhat* in shape. That and the fact that my meals consisted of half a Trader Joe’s frozen meal.

Clothing: $30
I should have mentioned: I interned for free in NYC at Condé Nast for three summers prior, so I had artfully mastered the ability to make a Forever21 sale rack look like Balenciaga. I remember I let myself buy one new thing from Forever21 (specifically, yes LOL) a month, for about $30.

Self-Care: $0
I’ll be honest, this first job had occasional perks (occasional being the KEY word). Once in a while, one of the more senior account executives would take me with clients to get mani-pedis (this counted as a “meeting”), so that was covered in terms of making at least my hands look halfway decent. For everything else, it really didn’t happen while I was at this company. Once I actually cut my own hair (terrible idea, never do it) because I needed one so badly and ended up looking like Janice Ian from the BEGINNING of Mean Girls.

Savings: $100 ($50 from each paycheck)
Put $50 from every paycheck into index funds because my mom had sent me a graph about some sort of compounding sh*t.

Friends, Fun & Drinks: K ASSHOLE, YOU CAN STOP MOCKING ME NOW
The humiliation is sinking back in. I was actually the LAMEST 21-year-old in a new city because welp, money. I don’t have a budget for this because I DIDN’T HAVE ANY FRIENDS, OKAY? Geeeeez. Why are you making me think back to this time in my life?

So with $595 I like, I don’t know, tried to make a friend after moving to San Francisco. Maybe you know, treat myself to fight off the depression. Extra guac on my Chipotle burrito. Or go to a happy hour once in a blue moon.

To get *real* for half a second here, the hardest part of this situation was actually that I was lonely AF. I mean, not having enough money to socialize after moving to a new city is just plain pathetic and miserable. In hindsight, I also wish I had given myself more experience in a field that was growing.

I interned at Condé Nast (trying to be like Devil Wears Prada or something WHO KNOWS WHAT I WAS THINKING) for my summers during college. Although the experience was cool AF (wassup Anna Wintour), I was interning a) for free and b) wasn’t getting any experience in an industry that was growing (I was working in print magazines, for reference).

I also studied NEWSPAPER JOURNALISM college. That was literally the dumbest decision ever. Because when the eff did you last pick up a newspaper?

But *somehow* I survived. Barely. The trick was really keeping my expenses down. And even though I’ve moved on to other things, there will always be a little place in my heart for Trader Joe’s fried rice.