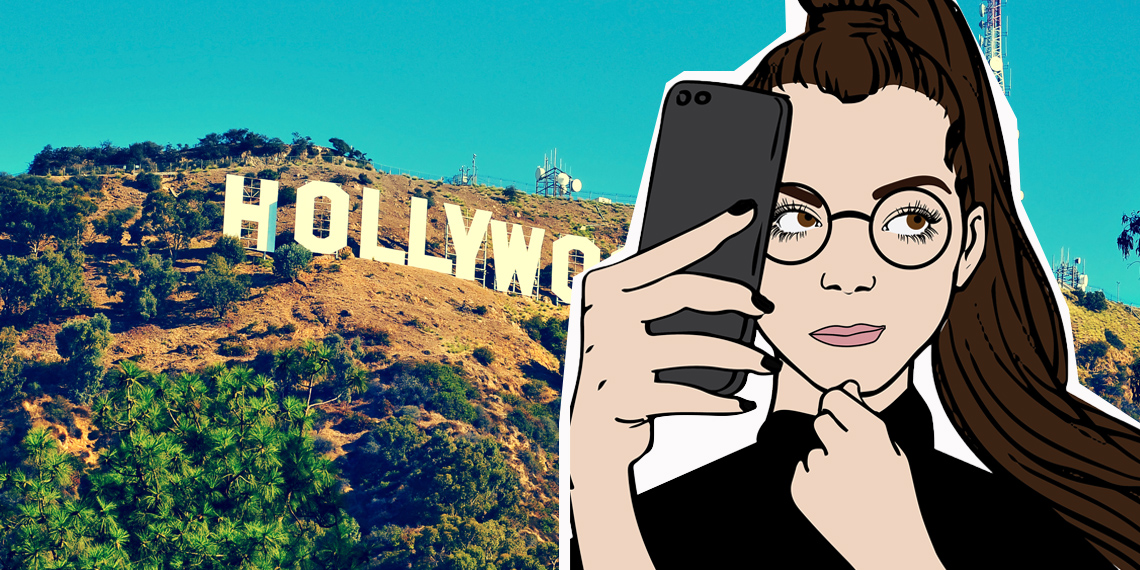 How To Survive In Los Angeles On A $50K Salary: Realistic ‘Money Diaries’

As a struggling artist/writer Betch in LA, I cannot believe how much I spend to live here. We recently covered the expenses of living in NY—a true account after Refinery29’s batshit crazy Money Diaries, otherwise titled Daddy Pays My Bills and It’s So Hard. So let’s dive into what it costs to live in the other most expensive city in America, Los Angeles. Or like, that may technically be San Fran. Whatever, still talking about LA.

Occupation: Artist (drawing/painting), Animator (what I went to school for), Writer (obvi, that’s how you’re reading this shit), Magician (a recent endeavor that sounds like a joke but isn’t. Let’s not discuss it further).

Basically, all my jobs are freelance and sound made-up (particularly magician). But I really, really love when my dad’s douchebag, pretentious friends say things to me like, “Okay, so what’s your backup career if artist/writer doesn’t work out?” I tell them not to worry: I’m a magician now.

Because I’m a fucking hustler, my income goes up and down depending on how much work I get. The cool thing about freelancing is that you can take on as much work as you want. The shit thing is sometimes there is no work. This is what credit cards are for.

Industry: Illustration, Animation, whoever will pay me to write or draw, etc.
Age: 27
Location: North Hollywood, CA
Salary: ~ $50k
Paychecks: I’m paid per project so this amount goes up or down. I spend about $3,000 monthly. Like, that is how much it costs to keep me alive here.
Bonus: The fuck. I’m lucky if people actually pay me what we agree on per project.

Shit I Pay For

Rent: $1,200/month for my own bedroom in a two bedroom apartment in an “up-and-coming” neighborhood that I share with a roommate and a dog. “Up-and-coming” means there was a shooting that killed 3 people on the next street over from us, but we’re also getting a Whole Foods. The roommate pays less than me for the smaller room. The dog is a freeloader. I read recently that the ~smart~ person should only spend 1/3 of their income on rent. Like, what the fuck? If I made that much, the first thing I would do is move into a nicer apartment.
Utilities: $100-200 a month, for fun things like water, electricity, AC (a fucking necessity here unless you want to die in the summer), etc.
Car: I probably spend like $50 every week or two on gas. But tbh I usually work from home, so no one requires me to drive anywhere. Car service can be anywhere from $100-$600 a year (and God help you if you need new tires), which is why I just ignore it when the light comes on. #lifehack
Gym Membership: $40/month for a small private gym that I occasionally see celebrities at, like wannabe thirst trap Ariel Winter and Kylie Jenner’s lips (unclear if she had a face under them).
Going Out/Eating Out/Stupid Shit: If my credit card bill exceeds $1,000, I cry. Does that clear it up?
Savings: lol

8am: Wake up. Cry because I hate mornings. I am literally an actual vampire person. I hate the sun and I’m nocturnal. Also, the whole drinking blood thing. That aside, since I work from home usually, I roll out of bed, get coffee, feed my dog (who doesn’t get up to eat) and begin working looking like Nosferatu.

9am: Continue working. I’m illustrating a children’s book today. It’s about a kitty. Cry at the thought of my $200k film degree because I was going to change the world with my movies. My dog is snoring like a monster truck. Cute.
9:15am: On this page, the kitty says “meow, meow.” Debate ending it all now.
11am: I’m meeting my friend who also works from home at a neighborhood coffee shop, so I force myself to get dressed (kinda) and put on makeup (ish). I get in an *actual* fight with my dog, who is still deadass asleep because she doesn’t want to get up to use the bathroom. Like, I’m mad because she’s making me late, but also: fair. Lift her 60lb ass out of bed and drag her outside and back.
11:30am: Go to coffee shop. Spend $14 on a nonfat chai latte barely bigger than a shot glass and a breakfast wrap. I tell myself I’m going to eat half the wrap and save the other half for later.
11:32am: Ate both halves. Fuck. I’m destined to be broke AND fat. Continue to illustrate kitties while bitching to my friend about how annoying our other friends are. My favorite way to work.
2pm: Go home, eat again. I told myself I was going to the gym at 3. Also, I hate the gym. I debate just being obese and not going. Why does it matter? I’m not dating. No one wants to fuck me regardless. I should just crawl back into bed with my dog (who is STILL FUCKING ASLEEP SOMEHOW) and give up. Think of the time I’ll save.
3pm: The problem is, everyone at the gym is gross and sweaty. So then I have to touch the gross, sweaty things that they touched.
3:20pm: Late for the gym, but I somehow still go. Unsurprisingly, the gross and sweaty people are there. As is some chick from some show that I don’t know the name of. She is soooo thin that she looks like an 8-year-old boy with blowup doll lips. It’s a really good thing I’m not one of the many people trying to become some sort of actor or model in this city. I eat carbs, for one.

5pm: Come home but can’t open my door because there are too many Amazon Prime boxes blocking it. What the fuck did I order? I don’t even remember.
5:32pm: A new watercolor set (that can technically be for work), a sexy cocktail dress (from Amazon? Really? I don’t remember this purchase AND I don’t even go anywhere to wear this), cheap sunglasses that look identical to ones I already own, an Easter-themed bandanna for my dog with a bunny on it (necessary), and a pack of 100 candle wicks (at some point I thought I’d make my own candles). Total amount spent: $76.16. But I technically bought this shit two days ago so it really doesn’t count as today’s cost. Leave the boxes stacked on my kitchen table next to the other empty boxes I’ve been meaning to take out for three weeks.
5:33pm: Eat a Quest bar for post-workout protein. It is Birthday Cake flavor which is way better than the other Quest bars that all have this weird “Quest bar” taste, no matter the flavor. However, it does not taste like birthday cake. Strongly consider being obese again. Also, why do they all have that same flavor? It’s like my college cafeteria. You could get a salad or a grilled cheese or a steak, and yet it all somehow tasted like the cafeteria. It’s fucking wrong.
5:34pm: Write articles for Betches. You are SO welcome. I haven’t even fucking showered yet, I’m just sitting in my sweaty (AND GROSS) workout clothes to get this shit done for you.
7pm: Feed my dog again. I really should cook something. Except I’ve already eaten everything I like and all I have left are frozen fish and chicken and turkey burgers and vegetables. I’d have to eat, like, super healthy. I decide to go grocery shopping tomorrow.
7:01pm: Oh sorry, by grocery shopping I meant, use Instacart to click on groceries and then have a struggling actor deliver them to my door for an additional $6 plus tip. Worth it.
7:02pm: Postmates my favorite pho place that I’ve been eating at twice a week because it’s so fucking good I don’t want anything else. Also? It’s less than a mile from my apartment. Also? Between delivery, service fee (wtf is a service fee if I’m already paying for delivery though, Postmates?), and tip, the order costs twice as much. The filet mignon pho is $10, and I also get crab rolls which are literally lettuce wrapped crab for $6. The order total is somehow $32. What the fuck. Still worth it.
8pm: Eating my pho, super happy now. I think I’m going to take a bath. Well actually, because I went to the gym, I’m going to rinse off in a shower, and THEN take a bath. It’s a huge waste of water but it’s necessary because otherwise I will be sitting in gym germs and I will die.
8:02pm: I’m trying to drink less often but really, I need a glass of wine for a bath, sooo….

8:03pm: Good thing there’s a liquor store next to my apartment. I spend $18 on rosé, but it’s the one with the pretty rose carved into the bottom of the bottle. It’s also the perfect shade of pink. So chic. Did you know a glass of rosé is only 86 calories? Like, a chardonnay is 120. This is basically diet wine.
8:10pm: Take a bath using no less than $50 worth of products from Lush. I smell amazing so it’s worth it. Also, I didn’t buy these today so it doesn’t count.
8:20pm: Drank entire bottle of rosé. 430 calories. Fuck.

Total Spending for One Weekday: $64. Not counting my Amazon or Lush purchases because those were not done today. So yeah.

Total Spending for One Week if I Got Coffee/Breakfast/Dinner Every Day Like This: $448. That is fucking depressing.

Also, this is not including weekends, where depending on where we go, I may be drinking nine $3 margaritas (and ordering the $7 queso and chips) or four $12 vodka-soda-limes. Or, God forbid, if I go out to dinner WITH drinking. Or brunch, where it’s $15 an entree, but only $15 more for bottomless mimosas which seems like a good fucking deal. Because I drink like six of them. So I am saving money.

This day sucked in terms of spending, but I pay my rent and my dog sees a dermatologist, so I think we’re doing pretty damn fine over here. Kudos to the Betches making it work in cities that clearly don’t want us. In other news, my credit card bill is due in two days and tbh, after writing this out I don’t even want to look at it.