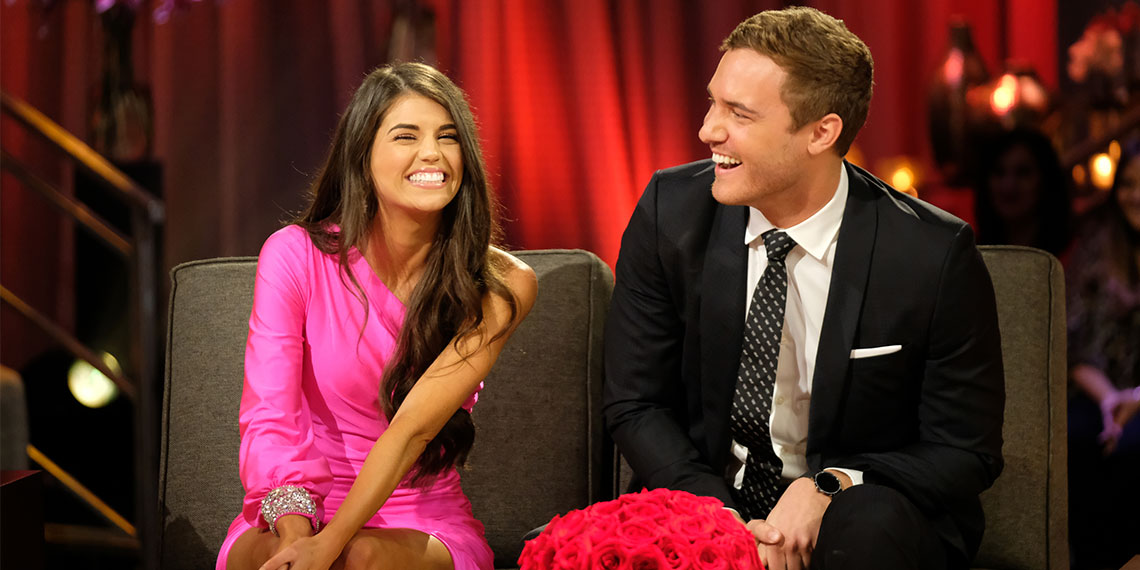 Well fam, I’ve been saying since *checks notes* January that Pilot Pete would be alone at the end of this season of The Bachelor, and what can I say, I love being right. On Thursday night, just two days after saying on live TV that they were going to give their relationship a shot, Peter and Madison announced that they’re going their separate ways. And honestly? Thank god.

Peter was basically a mess this entire season, and for many reasons, he deserves to be alone right now. But aside from all that, anyone with a functioning brain (or a basic sex education) could see that Peter and Madison were never going to make it in the real world. Still, it seemed like they might stick it out for more than 48 hours, but it wasn’t meant to be. Really, the abrupt timing of these statements makes me think that they never really got back together at all, but Peter (and the producers) didn’t want him to just be sad and alone at the finale.

In Peter’s statement on Instagram, he started by “acknowledging the incredible group of women” that competed on his season, conveniently ignoring the fact that two-thirds of them are legitimate nightmares. But sure, great group of women. He continued, saying that he and Madi have “mutually decided not to pursue our relationship any further,” and that this decision was “not easy for either of us to be ok with,” but it makes the most sense for both of them. I mean, duh. Barb Weber basically called her son a sex addict on national TV, so it’s no big shock that the thought of going months or years without getting laid wasn’t actually that appealing to him. And Madi obviously needs this time to work on her eyelashes, so it’s not good timing for her either.

I want to start by acknowledging the incredible group of women that I had the privilege of getting to know this season. Thank you for coming on this journey with me. I learned so many lessons from all of you that I will carry with me. Madi, thank you for your patience and unconditional love. You’re the epitome of a woman who carries herself with grace, stands by what she believes in, and loves whole heartedly. That love is something I feel so grateful to have felt and will take a piece of that with me always going forward. Madi and I have mutually decided to not pursue our relationship any further. Believe me this was not easy for either of us to be ok with, but after a lot of honest conversations, we have agreed that this is what makes most sense for the two of us. The love and respect I have for Madi will continue to endure. Hannah Ann, you set an example for women everywhere a couple nights ago. You are such a strong, confident woman and you deserve all the love in the world. I accept full responsibility for my mistakes in our relationship and wish you only the best. This has been an emotional experience and I am so grateful for the outreach of support that I have received from friends, family, and Bachelor Nation in the last few days. Thank you to all of you! This is just a another chapter in my story. One I will never forget and one I will always cherish ❤️

Peter also shouted out Hannah Ann for basically dragging her through hell over the past couple months, saying he accepts responsibilities for his mistakes, and wishing her the best. She hit a million Instagram followers earlier this week and has been hanging out with NFL players, so I think she’ll be just fine. Who could’ve predicted that I would be a full-on Hannah Ann stan at the end of this season? A Hannah Stann, if you will.

Moving on, Madison made an Instagram statement of her own, and you can tell a publicist crafted it within an inch of its life. She says that her Bachelor experience has taught her “the importance of acceptance, forgiveness, and grace,” along with the importance of the word “like” in her vocabulary. I added that last part, in case that wasn’t clear.

She’s super confident in God’s plan for her or whatever, and is still convinced that she and Peter’s “paths were meant to cross.” Sorry, not to be rude, but I have a hard time taking all this Jesus stuff seriously. Like, you applied to be on a reality show to get famous on Instagram, and it worked! Good for you! But we don’t have to pretend that the Lord was like, invested in whether or not Pete was gonna sleep with Victoria or whether you were going to land a FabFitFun deal after this. I’m no prophet, but I’d guess He probably has more important things to worry about, like coronavirus, and whether or not my Seamless is going to show up on time.

So incredibly thankful for this amazing journey I’ve had the honor of being a part of. I have grown so much and am stronger than I was going in. I have learned the importance of acceptance, forgiveness, and grace. As Peter and I have decided to go our separate ways, I am confident that we will both move in the direction of our purpose and never forget that God has a plan in all things. I will always love and respect him. I am convinced our paths were meant to cross and we are both better because they did. @pilot_pete you are an amazing guy and I’m thankful for you. I will always be your biggest fan. And to the amazing women I met this season, I will love you for life. Thank you @abcnetwork for allowing me to embark on this journey. ❤️

Madi says that Peter is “an amazing guy” and that she’ll always be his “biggest fan,” and I’ve had about enough of these statements. You know Madison is already headed back to Auburn to self-quarantine and play some basketball with her dad, and Peter is probably begging his mom to love him again after she ripped him a new asshole on television. Everyone in this situation is moving on with their lives, and it’s gonna be fine.

And with that, I think we can finally shut the door on this season of The Bachelor. Nobody found love, nobody had a good time, nobody passed go, and absolutely nobody collected $200. We were all bamboozled, hoodwinked, and led astray. Hopefully the coronavirus quarantines give the ABC producers some time to think about their choices, and avoid a disaster season like this happening again.