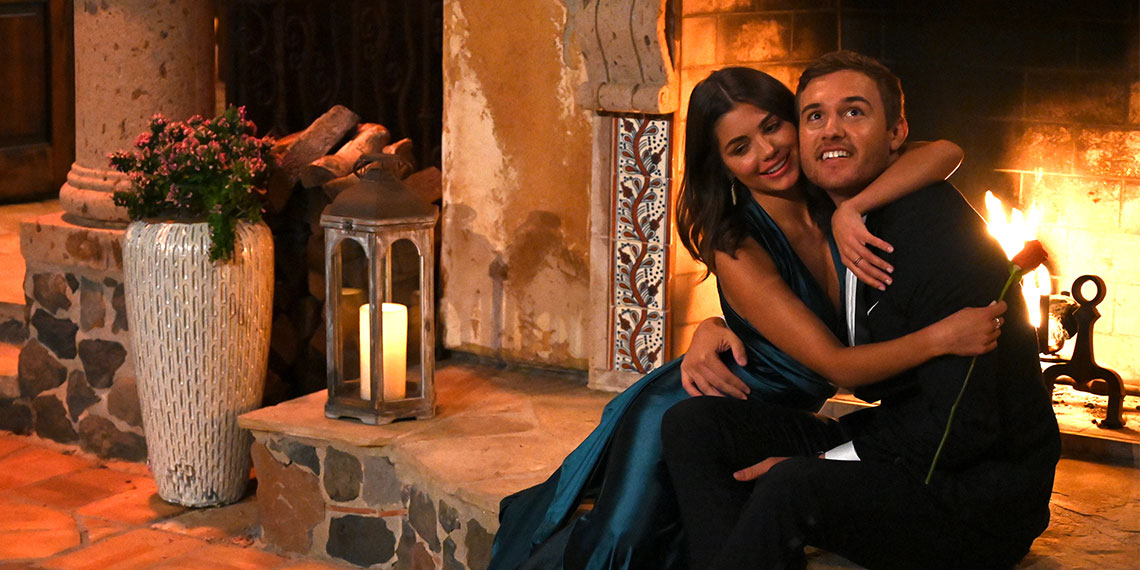 Okay, is it just me, or does no one really care how this season of The Bachelor ends? Like, I know we care, and the spoilers for how the season might end are still running rampant, but none of this really matters. Pete is probably going to be single three months from now, and all of Victoria F’s antics will feel like a fever dream. We still technically have one more week before we officially know the outcome of this season, but someone isn’t waiting around to move on with her life.

Last weekend, finalist and part-time model Hannah Ann was spotted at a bar in Tennessee, and judging from a photo posted on Reddit, she wasn’t thinking about Pilot Pete. In the photo (and some others posted by Reality Steve), our girl Hannah Ann is hanging out with NFL player Joshua Dobbs, and they look… very friendly. Sadly, they’re not making out in any of the photos, but if I’m standing like this with someone at a bar, there’s a good chance that I’m making out with them in five minutes.

F2 being cozy from r/thebachelor

On the same day, they also went to a University of Tennessee basketball game together, which Hannah Ann posted about on her Instagram story. Reality Steve says they’ve been friends for a while, which would make sense because he went to Tennessee. We don’t know if anything is really going on between her and Joshua (my vote is yes), but either way, she’s not being too secretive about it. She can do whatever she wants, but I feel like the ABC producers would probably prefer that she wasn’t photographed canoodling with an NFL player while she’s still technically competing on the show. Whatever, I don’t know what’s in her contract.

While hanging out with an NFL player feels very on brand for Hannah Ann, I doubt her possible romance with Joshua Dobbs will last too long. We’re only a few months away from Paradise contracts going out, and there’s no way in hell she’s going to let a third-string football player get in the way of more screen time. There’s literally nothing in the world that could stop her from getting on camera, so expect her to be conveniently single by May.

Of course, before we can get to Paradise, we still have to get through the end of The Bachelor, and hey, maybe the spoilers will be wrong and Hannah Ann will win! I mean, that’s definitely not going to happen, but if there’s any season where there could be a last-minute twist, it’s this one. But really, Hannah Ann is definitely single, and an NFL player is definitely an upgrade from a pilot with a giant gash in his forehead. Get it, girl!