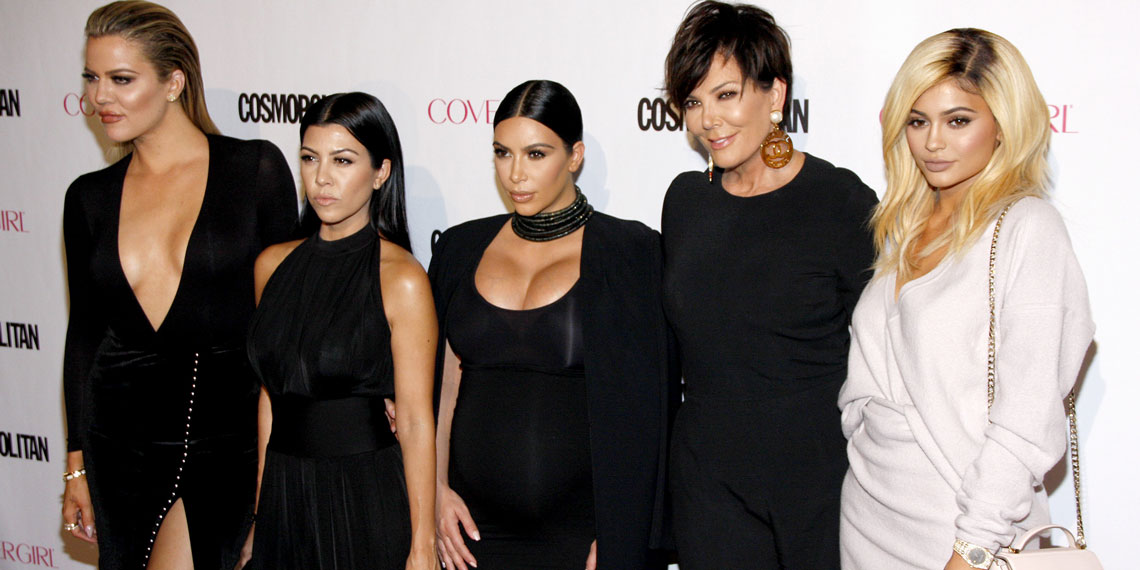 The Most Savage Things The Kardashians Have Said To Each Other

Every family is dysfunctional, and if you think your family doesn’t have any issues, you might be the one causing them. That being said, most of our family issues are nothing compared to the Kardashians. Their family is so f*cked up that they have an entire TV show about it. I mean, it’s one thing to joke with your siblings and take shots at each other in jest, but these women say things to each other that I wouldn’t even say to people I actually hate. Okay, that’s maybe an exaggeration, but they are savages to each other. I don’t know about you, but it warms my cold, cold heart whenever I think about Kourtney Kardashian laughing at her sister’s crying face after making her cry to begin with. LOL, same Kourt, same. In honor of National Siblings Day, here are some of the most epic clap backs the Kardashians have ever given each other.

When Kim Picked On Kourtney For Having No Career

Personally, Kourtney is my favorite sister, and that’s why I make fun of her. And to my credit, it’s probably infinitely meaner that I don’t make fun of Kendall because I legit forget she even exists. When I make fun of Kourtney for having no career, it comes from a loving place. But when her sister lashes out at her for it, it’s not. From calling her “the least interesting to look at” to saying “I bought her a career,” Kim has no problem throwing it in Kourtney’s face over and over again that she has no drive. But joke’s on Kim, because Kourtney just dropped a website that has the crème de la crème of content we read on Well + Good, like, two years ago.

When Khloé Thanked Kim For Making A Sex Tape

Don’t even get me started on how much I hate when people say Kim Kardashian’s career got started because of a sex tape. It is mystifying that we’re still throwing in her face that her POS ex leaked an intimate video they made, like, a decade ago, but Louis C.K. gets to show face on stage after getting #MeToo’d and most people (*cough* privileged white men *cough*) are like “Well, at least he (half-assedly) apologized.” *Takes deep, calming breaths* Anyway. Half my paycheck is making fun of this family, but the sex tape jokes are where I draw the line. Usually. Unless it’s really, really funny. When the Kardashians won an award for best reality show, Khloé took it upon herself to give a faux acceptance speech where she said they would be nothing without her sister’s home movie. It was honestly as lethal of a verbal lashing as the voicemail Kim Kardashian left for Ray J after she found out he leaked the tape. With that being said, if voicemails are a thing of the past, I think the “Kim Kardashian is a whore who got famous from a sex tape” narrative can be left in the past, too.

Interesting. This was the same answer she gave me when I asked her why she cut all those people in line at Target.

The Kardashians are the reigning family of social media, so it makes sense that they take their toxicity to Instagram. Nori’s Black Book is basically a satirical account that pokes fun at the Kardashians, and it is one of the funniest Insta accounts out there. Whoever runs it (I seriously think it’s North that runs it, btw) has the ability to bash the Kardashians with no repercussions (except getting blocked by Jonathan Cheban like the rest of society). Surprisingly, the Kardashians absolutely love it. Most of the fam follows the account and will gladly throw a like whenever North shades Kim for being way too narcissistic, or Kourtney for being unemployed. Khloé is especially liberal with the double tapping on the pics from this account. So basically, with every like, they are shading each other for whatever behavior “North” is calling them out for. With that being said, I can’t help but think throwing a like is actually worse because it’s a little bitch move compared to straight-up calling someone out.

When Kris Yelled At Kim About Her 72-Day Marriage

When kris wants to buy rob a house but the sister didn’t allowed her?

Whenever someone questions me for having a collage of Kris Jenner as my shower curtain, I show them this clip of Kris sticking up for Rob as a rebuttal. For the record, I feel awful for Rob. There, I said it. I know he’s done some really sh*tty things, and for a while there, he was canceled in my opinion. However, he seems to be manning up and coparenting with his baby mama peacefully. I know it’s patronizing to give a guy credit for being a decent human being, but it’s pretty easy to see how and why he devolved into a hollow shell of a man. Rob was obviously suffering from from really bad depression. A lot of us have been there and a lot of us have been on the other side supporting someone going through it. Both roles are really, really difficult. It’s understandable why Rob’s own sisters were fed up with him after he wouldn’t help himself get better, but it’s still sh*tty to unapologetically knock a guy when he’s down. So it was epic to see Kris finally put Kim in her place for the first time by taking a shot at her 72-day marriage. I like to think Kris was sticking up for her son, but we all know deep down Kris also did it because Kim got demoted to her second-biggest form of income since Kylie became a billionaire.

When Kourtney Waxed Her Sister’s Vagine

So remember Kourtney and Khloé Take Miami? I barely do, because that was the period where we were still acting like Kim was the only one who mattered. And remember when Khloé was married to Lamar? I barely do, because Khloé’s baby voice when speaking to Lamar was so high-pitched that I physically couldn’t register it. Only dogs could hear it. Anyway, Lamar was planning on visiting Khloé in Miami while she was living there to work at DASH. LOL. Khloé had Kourtney give her a bikini wax to make things picante in the bedroom with Lamar. Seriously, WHYYYYY???? And Kourtney got off on inflicting the searing pain upon Khloé more than she ever did during the nine-year relationship with Scott. Again, WHYYYYYYYY????

When Kourtney Threatened To Do Something Very Specific With A Taco

Also, remember Kim and Kourtney Take Miami? Wow, they really went to great lengths to give Kourtney a storyline by acting like they cared about DASH, huh? During the first go-around of KAKTM, Kourtney was so sick of Kim that she basically lost her sh*t during a photoshoot. She swore she was being professional while also threatening to shove a taco up Kim’s ass. Uh, what? I swear, between the bikini wax and this bizarre moment, this family is more borderline incestuous than Cruel Intentions. But it’s weird sh*t like this that makes Kourtney my favorite.

When Kim Lost Her Earring In The Ocean

Don’t get me wrong, I felt absolutely awful for Kim during the time she was with Kris Humprhies. She obviously got wrapped up in the pressure to be married and successful, and honestly who would say no to a guy who’s 6’9? This was clearly a stressful time in her life. How can we forget when the family was on vacation in Bora Bora, and Kim lost an earring worth thousands of dollars while swimming in the ocean. Sure, her ugly crying was pretty funny, but Kourtney had to make matters worse with perhaps the most iconic Kardashian comeback of all time: “Kim, there’s people that are dying”. Again, this is why she’s my favorite.

When Kylie’s Sisters Made Her Cry About Tyga

Kylie was sad bc of tyga #kyliejenner #khloekardashian

Kylie is still so young that it’s crazy to remember that she had another serious relationship before Travis Scott. Her relationship with Tyga was always causing drama, and (surprise!) her sisters weren’t always the most supportive. In this scene, it was pretty uncool that Kendall & c0. made Kylie cry, when she was obviously already not in a great place. Her own sisters ride a merry-go-round of undateable dudes, so they’re in no position to talk. Note: this is way more entertaining to watch when you take a shot every time Kendall says “experience.” Alcohol may be the trick to finally make Kendall interesting.