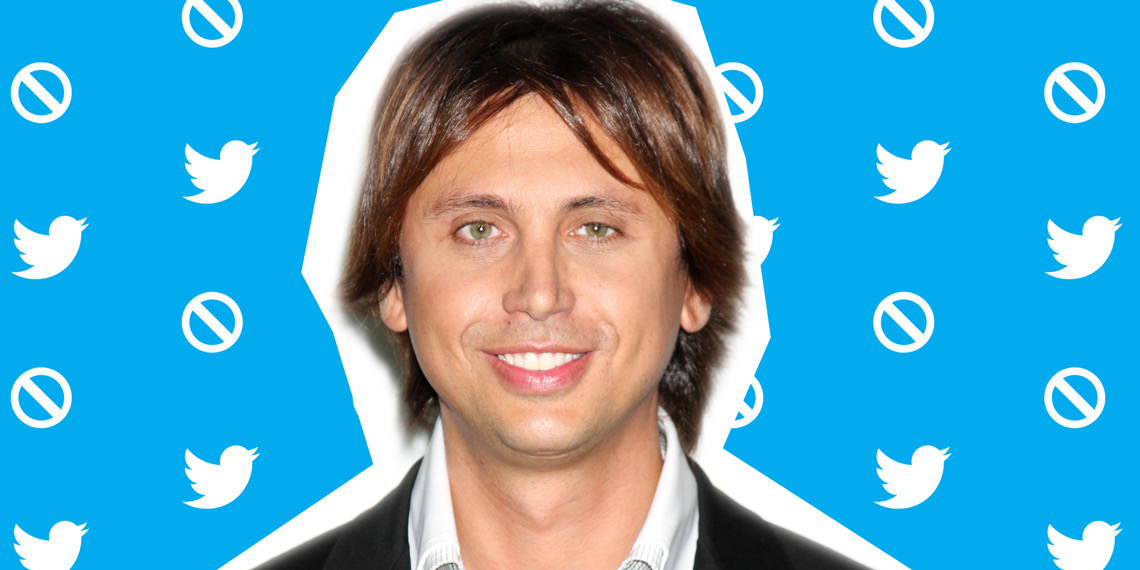 We Asked 6 People Why Jonathan Cheban Blocked Them

Jonathan Cheban is, quite possibly, the most hateful man on the planet. Well, besides like, people in ISIS and Trump. Jonathan claims to enjoy having haters because that means we’re jealous. And you know what? We are jealous, because we would love to drink martinis with Kris Jenner. But we also hate him because he fucking sucks! And the only understandable reason the Kardashians keep him around is because if they were to dump him, he would probably air them out so fast since he definitely knows where the bodies are buried in that family. But when he’s not up Kim’s famous derriere, he’s out here blocking people on social media like it’s his job. Well, frankly, it probably is his job because getting filmed eating in restaurants while actual customers look on confused probably doesn’t pay the bills. So we did some internet stalking, and we dug up some stories on Jonathan Cheban blocking people on Twitter and Instagram. There were a lot, but we picked the most interesting (read: psychotic) ones. We couldn’t find his responses because his Twitter mysteriously went on private around the time I tweeted that I was doing this article. Does he have a burner account to keep track of the haters he blocked? Dude is more investigative than Olivia Benson. Anyways, here’s some cringeworthy stories of Jonathan Cheban blocking people.

So Kevin is a professional chef, and it rubbed him the wrong way that Jonathan Cheban calls himself the Food God (with that douchey accent over the o, but I refuse to enable this dude by adding the accent. Also it’s too much effort). This makes total sense that Kevin is frustrated, because this dude basically made up a job title and expects the world to just accept it. So Kevin tweeted that it bothered him.

Being a chef,when @JonathanCheban calls himself “food god” when he doesn’t cook is annoying.”Choosing the right dish is a talent”.Yeah okay.

Like we said, Jonathan is on private, so it’s impossible to see his responses. But Kevin told us in jest what Jonathan said:

The only place where Kevin missed the mark is we doubt Jonathan meant that he could be his father when he said “daddy.” We think he meant it in the most sexual way possible. Ew.

Naomi Fry is an esteemed pop culture writer for the New Yorker, covering topics ranging from Vanderpump Rules to Orlando Bloom’s dick. She’s really entertaining to follow on Twitter and recently tweeted this:

Extremely exciting development just now as I discover I am BLOCKED by Jonathan Cheban!!!!!

I DMed her to ask her why he blocked her, and she had no idea because she’s never tagged him in anything. IDK, I guess it could’ve been this Tweet.

LOL did you really think we would write an article and not make it about ourselves? Yes, even we have been blocked by The Great Cheban. We wrote this article about him because we had some pretty legit questions for him. We didn’t even @ him. Instead of answering, he blocked us on Instagram and Twitter. Damn, he really loves looking himself up on the internet, huh?

LMFAO did you really think the staff writer would write the article and not make it about HERself? I honestly don’t remember why Jonathan Cheban blocked me on Twitter. I never had even said anything vicious or even tagged him. Ever since then, though, I’ve had a personal vendetta against him because he clearly has one against me.

My arch nemesis and my arch nemesis. They are literally trying to fucking kill me. Cc:@luxerubbish pic.twitter.com/h0i1eCfA0r

And for the record, Corinne Olympios doesn’t like me because she got pissed when I asked her about the time she was in a Juicy J music video.

I was also blocked by Jonathan on Instagram. He threw up this picture:

He then deleted it when I commented, “You cannot take photos of yourself going ape on one of the largest phallic objects imaginable and expect people not to ridicule you! I mean, the same thing happened to Kim Kardashian a decade ago and it’s still being thrown in her face! Thanks a lot, Ray J!” He deleted the comment, blocked me, and eventually deleted the picture because I can’t find it.

BTW, I met him a year later at an event for those tacky 24k gold wings he created with The Ainsworth. I told him I was his biggest fan and insisted that he give me a hug afterwards. I’d show you our selfie, but I’m shitfaced in it and I’m trying to protect my brand. I can assure you that he is not 6 feet tall like he claims he is, as I was a good two inches taller than him and I’m 5’11”.

Jonathan Cheban lives his life like it’s a food challenge or a Guy Fieri acid trip gone wrong. So how is he not 1,000 pounds? You know you’ve been wondering it, but Josh Arnold jokingly asked Jonathan Cheban if he takes Adderall to stay skinny. Josh was then inundated with a slew of DMs from the Food God himself.

Wow. That’s an ESSAY of a denial that he takes Adderall. Also, Adderall does make you a bit…irritable when you take a lot of it. Plot twist: Josh actually blocked Jonathan first for harassing him, and the Food God blocked him right back. That’s a little childish, but then again, we are talking about someone who brags about barely taking Advil for a headache like it’s some badge of honor.

Our favorite parody Kardashian Instagram account is beloved by hundreds of thousands of Instagram users. Even Kim, Khloé, and Kris follow it. Guess who doesn’t? Right, Jonathan, because he has no sense of humor and takes himself entirely too seriously. We interviewed the owner behind the account, who told us that while she never tagged Jonathan, he blocked her. She assumes it’s because she refers to him as “Ms. Cheban.” Then, on Twitter, North’s Black Book tried to make amends in the name of #GirlPower, and Jonathan Cheban promptly blocked her, too.

Stephanie (aka The Sophisticated Vegan) is a vegan lifestyle blogger, and that job title alone should tell you she’s pretty sanctimonious. She commented “furhag” on one of Jonathan’s Instagram posts because he was wearing fur, and that six letter word set him off enough to spam her Instagram with vitriolic comments.

@jonathancheban trolled my IG to tell me, I’m ugly for wearing glasses, I need lip injections, I need a chin implant, I’m the worst looking vegan alive and I’m fat. If I’m all those things, maybe he should be the one wearing glasses? I can’t believe @kimkardashian is BFF’s with this guy? What if North grows up and doesn’t want to get any plastic surgery like me? Would he say the same things to her? The Kardashian brand should not be about putting down women based on their looks and he is part of their brand. He is on their reality show and apart of Kim’s Hollywood game. People need to call this guy out on body shaming. We are all beautiful just the way we are. . . . . . . . #bodyshaming #jonathancheban #simonhuck #kimkardashian #kimkardashianwest #khloekardashian #northwest #kourtneykardashian #scottdisick #krisjenner #coreygamble #kuwtk #vegan #vegangirl #compassion #ethical #blacchyna #robkardashian #kyliejenner #kendalljenner #perezhilton @theperezhilton @theshaderoom #theshaderoom #stephshep @steph_shep #rumer #robshirakbari

In case you haven’t noticed, a large majority of these people don’t even tag Jonathan to get blocked by him. He will even go to petty lengths to like tweets that take shots at him.

Imagine being so creepy and universally hated that you search your name on twitter to passive aggressively like tweets about you that you aren’t even tagged in. Imagine spending your precious free time doing that shit. pic.twitter.com/qiG5GA3Rcp