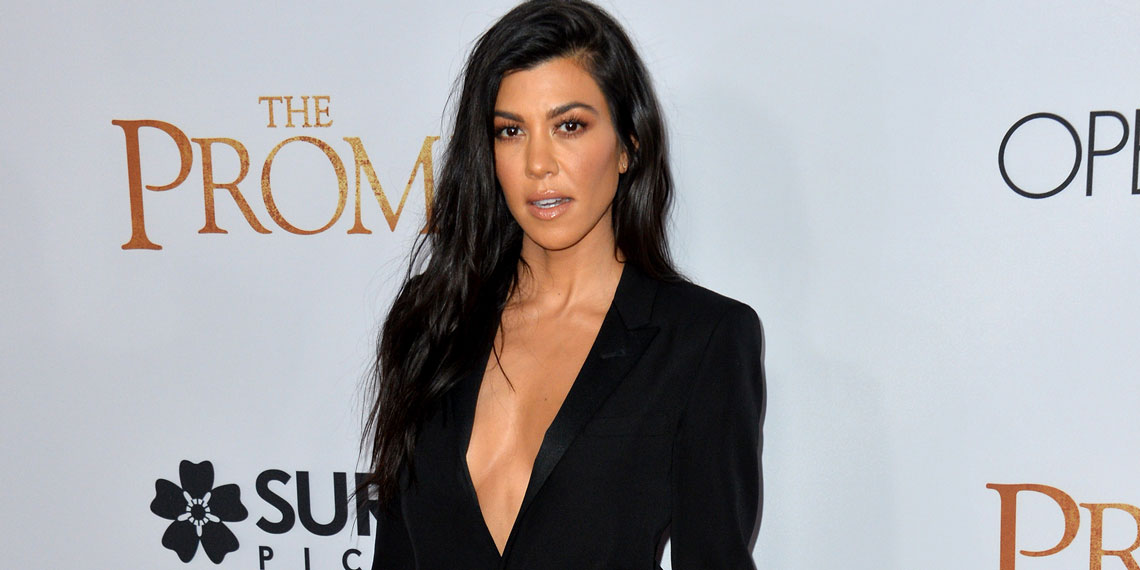 A Complete Breakdown Of Kourtney Kardashian’s Many Jobs

People always accuse Kourtney Kardashian of being the most boring Kardashian, largely because she doesn’t seem to have the most hectic work schedule compared to the rest of her family (or most contributing members of society). Her own sisters agree with the haters: Khloé once told her mom on national television, “Kourtney is no dynamo, she’s like watching paint dry” and Kim told Kourtney to her face that she’s “the least interesting to look at.” However, I beg to differ. Sure, in a family of women who have extensive CVs (and a brother who has a sock line), it may seem like Kourtney doesn’t do much except take bikini selfies, date barely-legal models, and eat nothing but apple cider vinegar shots and salads out of large bowls. But you know what? She does boast a pretty illustrious career, but it’s just often eclipsed by Kim getting the cover of Forbes or Kylie’s cosmetics website literally breaking Google Analytics because her products are in such high demand. But that doesn’t mean Kourtney’s list of career achievements doesn’t matter. Check out some of her accomplishments that will put your LinkedIn to shame!

Any of the dozens of people who actually pay attention to Kourtney’s lifestyle that’s gluten free, dairy free, nitrate free, paraben free (you get the picture) know that she is really passionate about being super preachy and condescending about it. So of course, she stopped lecturing her fake-tanned, silicon injected family members and took her message straight to Congress. That’s right betches, Kourtney went to Washington D.C. to talk to important political people about putting harmful chemicals in products. When’s the last time you took action like this? And no, sharing that Kony video on Facebook back in 2012 doesn’t count as taking action. Anyway, did Kourtney get anything resolved? No. But the fact that Kourtney Kardashian wore a business suit for once in her life and got to speak to Congress about makeup is still noteworthy.

I went to Capitol Hill with @environmentalworkinggroup yesterday to advocate for safer personal care products because everyone, including children deserve to be protected from chemicals in their products we know cause harm. It's time for Congress to do its job. Stand with me and take action today. #BeautyMadeBetter

Any businessperson knows that creating an app is where it’s at these days. How can we forget that the Karjenners all came out with apps? Sure, these apps recently got shut down, but that doesn’t mean Kourtney shouldn’t be proud of the #content she put out there. She wrote a couple of sentences of watered down information on health stuff that has already been written about a million times, and posted personal family photos that would inevitably be on every entertainment news site, like, 10 minutes later. This app was just GOOP for Dummies, because the people who downloaded it were stupid enough to pay $2.99 a month for it (AKA me) and were too stupid to know how to cancel their subscriptions (also me). It’s still something she can add to her resume!

Being a reality star does take talent! No, I’m serious. You have to bring your A-game in terms of drama, your confessionals have to be both juicy and witty, and you must provide moments that are perfect for viral memes and GIFs for our readers’ group chats. Is Kourtney the most compelling star of the show? LOL no. But she turned a blind eye to Scott’s cheating, partying, and plethora of other issues not just because she loves him, but because he is the funniest cast member, and they somehow needed to keep him linked to the family so he could stay on the show. Way to take one for the team, Kourt!

Kylie’s makeup brand is one of the hottest makeup brands out there. Well, 75% of the makeup can really only be worn on Halloween and or at festivals, but at least degenerate teens hosting rainbow parties can use 100% of the lip kits! But still, it’s pretty popular. I’m sure it took a lot of strenuous, um, minutes for Kourtney and Kylie to peruse the Pantone website and come up with a whopping four eyeshadow palettes and three lip kits. And sure, Kylie’s makeup line is so full of chemicals that you can’t even wear it when you’re pregnant and one girl even got sent to the hospital because of its ingredients, but at least it got Kourtney out of the house to do something besides a pap walk. (Also, don’t forget that these products are something that Kourtney publicly condemned. Repeatedly. On her reality show. And her app. And in front of Congress.) But you know what? It’s still a career highlight for Kourtney that she barely contributed to her little sister’s makeup line. Snaps for Kourtney!

How can we forget Kourtney’s appearance on One Life to Live? Well, actually, it’s pretty easy to forget because I honestly didn’t know that show was still on since the ’90s. I know what you’re thinking: how can she can be considered a good actress since she has a monotone voice and always sounds so irritated and bored that you would think she’s in her fifth hour waiting at the DMV with a low phone battery? Well, no one watches that soap opera except for stay at home moms in the Midwest who have nothing to do between Zumba and slaving over a Betty Crocker casserole. I think they use that show as background noise in retirement homes as well. The bar isn’t really set high for those demographics in terms of talent. So by those standards, Kourtney totally delivered!

I try to take each day as an opportunity to be positive, grateful, and help others. That’s why I’m so happy to be partnering with @tiktok to help give back to Oceana this Christmas. They’re helping protect and restore our oceans – and you can help give back in the cutest way. Download TikTok and help me give! #TikTok #CreateForACause #brandsponsor

Okay, so this isn’t exactly as touching as a Sarah McLachlan commercial for SPCA. I’m not defending the fact that she has the charisma of a bowl of Cream of Wheat in this video, but at least she’s advocating for better sushi.

Kourtney is really passionate about having a nice mansion, and it even made the cover of Architectural Digest. In one episode of KUWTK, Kim and Khloe gave Kourt sh*t for not having a project she’s passionate about. In turn, Kourtney talked about how she’s starting a furniture line. I think this happened like, one or two years ago, so you would think that we would’ve heard updates about it by now. I’m not sure how long a furniture line takes to create, but Kathryn from Southern Charm announced her furniture line for kids, like, months ago, and her Instagram story is constantly showing her progress and how excited she is for it. Hopefully Kourtney will come out with a furniture line so she can have something in common with Southern Charm’s breakout starlet besides a boob job and terrible taste in men. It takes a lot of energy and creativity to develop a furniture line, but to Kourtney’s credit, it takes a lot of energy and creativity to say that she wants to develop a furniture line. You go, girl!

Okay, you know what? I really tried here today. Even Kourtney said herself she has no idea what her profession is. And the fact that I put in a lot of effort in this is what matters and it’s easily more effort than Kourtney has put into anything, like, ever. But at least this bad b*tch is making bank for simply existing. This has been fun, but I’m gonna go cry at my desk now.