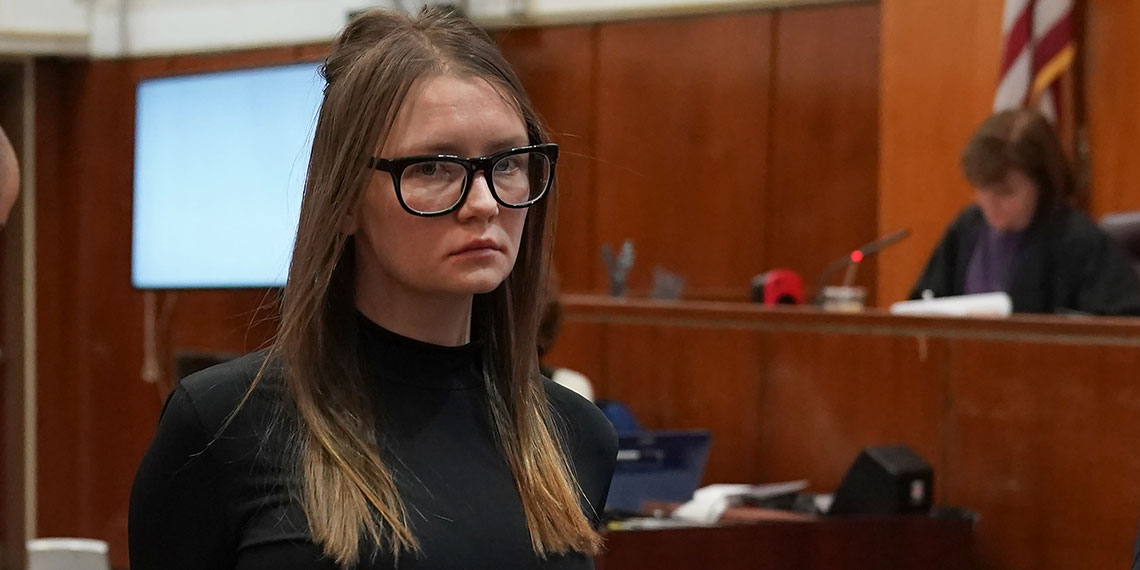 Everything We Know About The New Anna Delvey Netflix Series

If there’s one thing you should know about me, it’s that I have truly been living for America’s favorite scammer: Anna Delvey. Last year felt like The Year of The Scam when story after story fed the news cycle about people getting screwed over by con artists, but none were so captivating as the story of the broke millennial who managed to scam New York’s elite, and one Vanity Fair photo editor, out of all of their money, one happy hour and lavish vacation at a time. An icon, truly.

For those of you who are unfamiliar with Anna Delvey’s story, then may I just say, what a magical place must be the rock you live under. Do you also consider your home to be an enchanted tower where your only means of exiting is via the 40-foot-long braid you grew from your own head? Because I’m seriously at a loss as to how you could have missed the SCAM TO END ALL SCAMS. But fine, mole people, I suppose I’ll humor you. Anna Delvey aka Anna Sorokin posed as a German heiress and managed to infiltrate her way into Manhattan’s elite social scene before conning her friends and business partners out of a cool $275,000. Since her trial and sentencing last year (she’s currently sending selfies from Rikers Island, where she’ll be for the next 4-12 years serving time for her fraud), her story has continued to fuel the news cycle and also my will to live. More recently, My Friend Anna, a tell-all book written by Rachel Deloache Williams, one of Anna’s former friends and victims, was published over the summer. And now, friends, it gets even better, because Netflix released casting details about the series they are producing based on the fake heiress’ life.

The show, entitled Inventing Anna, is based  off of Jessica Pressler’s original damning 2018 New York Magazine article “How Anna Delvey Tricked New York’s Party People” and will focus on the relationship between Anna and a journalist who attempts to get to the truth about Anna amidst her trial. Who will take on the small screen adaptation of such a sordid and twisted tale, you ask? MOTHERF*CKING SHONDA RHIMES, THAT’S WHO. That’s right, the woman who has been treating my fragile emotional state like an Auntie Ann’s pretzel that she can twist and manipulate to her liking through 16 seasons of watching the absolute tomfoolery that occurs at a little place called Seattle Grace Hospital, will be taking on the story of Anna Delvey. I honestly could not think of a better person to tackle this monumental task. If there’s one thing Shonda Rhimes thrives off of, it’s messy drama, and nothing is messier than a broke millennial with an apparent aversion to hairbrushes taking New York’s richest for all they’re worth.

Netflix just released the cast list for the series, and it is everything I hoped it would be and more. Julia Garner, who just won an Emmy for her role in Ozark, will play Anna herself. In a press release, Netflix describes the role of Anna as “a young woman in her mid-20s with a hard-to-place European accent who takes New York by storm. Either a brilliant businesswoman or a scammer extraordinaire, Anna in turn inspires loyalty, compassion, contempt, and obsession—all while leaving behind an emotional body count.”  AN EMOTIONAL BODY COUNT. Well, at least Shonda won’t be able to kill off any of Anna’s friends and family members. For once. RIP MCSTEAMY—I’ll never forgive you for for that one, Shonda!

Next up, we’ve got Anna Chlumsky from My Girl and Veep fame, who will play the journalist (aka Vivian) investigating Anna throughout her trial. Apparently Vivian hopes that Anna’s story will be the thing that revives her career, but the more she investigates Anna, the more attached she becomes. So basically she’s me. Anna Chlumsky will be playing the role of me. Can’t wait to watch the scene where she skips out on a happy hour and other basic human interaction to scroll through Anna’s IG feed for 20 hours straight!

Other cast members include Laverne Cox, who will play Kacy Duke, a celebrity trainer and life coach who gets sucked into Anna’s inner circle; Katie Lowes of Scandal fame, who will play Anna’s friend Rachel (aka the author of My Friend Anna); and Alexis Floyd, who’s set to play the role of Neff, the concierge who worked at the Soho hotel Anna frequented (on someone else’s dime). Earlier this year, news broke that Lena Dunham was also working on an adaptation of the Anna Delvey story for HBO, but there have been no updates since the summer.

While there is no date set for the series premiere at this time, we’re told it will probably air sometime in 2020. The series is slated for 10 episodes, which lets me know that I’ll need to clear my schedule for at least double that: 10 hours to watch the show, and another 10 to unpack wtf I just watched and see if there’s any way to incorporate Anna’s tactics into my next Ship date. I’ve got some credit card debt I need paid off. Until then, start clearing your schedules now, because it ! is ! happening !