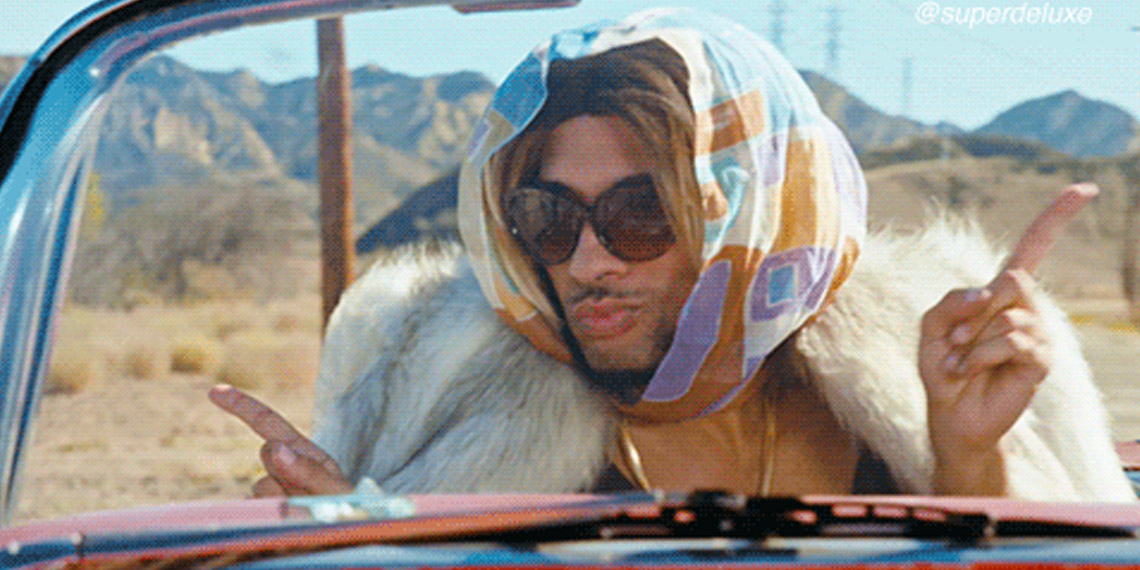 Fans of Gossip Girl and/or The Bling Ring, you are in luck. Over the past few months, the story of the first big “scammin’ for the ‘Gram” con artist has come out, and it is wild. I’m already excited for the movie. Here’s the story. On the surface, Anna Delvey (born Sorokin, age 27) is basically everyone you follow on Instagram. She was rich, she always dressed in designer clothes, and she frequented restaurants whose entrées cost more than your rent. She also happened to be a massive fucking fraud (allegedly), and is currently in jail on charges of alleged grand larceny and theft of services. So, how did this complete rando casually adopt the lifestyle of a Kardashian? (No, this is not a how-to guide. Note the part where she’s in jail.) Let’s take a look. The Cut did an amazing job reporting on it, and you should definitely read the complete story, but if you don’t have time to read it all right now but don’t want to sound stupid at happy hour when literally everyone is talking about it, here’s our shorter breakdown for you to read first.

What Did Anna Delvey Do?

What’s sad/brilliant is how fucking easy it all sounds. Anna shows up with her “ambiguously accented” English, giant Céline sunnies, and a seemingly endless supply of cash. Naturally, people fall all over themselves to befriend this assumed trust fund baby. They spend a few months enjoying extravagant gifts, dinners, and weekend getaways—until Anna’s credit card “stops working,” and someone needs to cover the bill.

In total, Anna allegedly scammed an estimated $275,000, including at least $50,000 in unpaid NYC hotel fees alone. Am I appalled for the individuals Delvey ripped off? Absolutely. Am I the tiniest bit impressed at her innate gift for spending money like a billionaire? Um, yeah. The list of Delvey’s purchases—not including the thousands on airfare, hotels, and decadent vacations—covers a $3,500 private jet rental, multiple Tesla rentals, $4,500 personal training sessions, Gucci sandals, Alexander Wang leggings, Supreme hoodies, $800 highlights, $400 eyelash extensions, cryotherapy, multiple iPhones, and a case of 1975 Dom Perignon. Wait, is this my Pinterest page or someone’s rap sheet? V confusing.

Actual footage of Delvey walking through her hotel lobby:

So, Who TF Was This Girl?

As for the origin story of Anna Delvey, we know she grew up in Russia, went to school in Germany/London, and then got an internship in Paris at Purple magazine. As I assume happens to most people who intern at fashion magazines in Paris, this is where Anna took a turn into becoming a horrible person. The next few years of her life are hazy, but basically she emerges into New York’s social scene. By 2013, she was a Fashion Week regular, attended “all the best parties,” hosted celebrity dinners with random guests like Macaulay Culkin and Martin Shkreli, and was, as one acquaintance put it, part of “the 200 or so people you see everywhere.” Delvey was reportedly not, as you might expect, “superhot…or super-charming; she wasn’t even very nice.” All that mattered was that she was in the right places, wearing the right clothes, and appearing to spend the right amount of money.

Why Did No One Stop Her?

The big question, obviously, is how she kept the alleged scam up so long. At the rate she was burning money, the fact that she didn’t have the capital to back it up definitely should have come up sooner. And the reason it didn’t is definitely not because she had an airtight story or was particularly good at lying. To begin with, this girl was claiming to be a German heiress without really speaking German. As this Independent article points out (a little too gleefully IMO—we get it, Americans are dumb), “a quick quiz in German could have cleared it all up very speedily.” But honestly, no one who was around Delvey had any interest in finding out if her story was fake—people just wanted her to keep buying shit, trusting that the payment would eventually come through.

As for how she covered it when payment didn’t come through—which was often—Delvey allegedly claimed unsuccessful wire transfers from a (nonexistent) trust fund in Germany. She also reportedly fabricated a financial adviser named Peter W. Hennecke who corresponded on her behalf when she attempted to get a loan of $25 to $35 million from various banks. The phone number associated with Hennecke was found to be a burner from a supermarket, his email was an AOL account, and when people started asking questions, Delvey literally pretended Hennecke had died. I cannot make this up. Ultimately, her debts caught up to her, and she was arrested outside rehab facility Passages in Malibu. How very Lohan of her.

As mentioned, Delvey is currently in jail, a turn of events she’s taken surprisingly well. “People seem to think it’s horrible,” Delvey says about literal prison, “but I see it as like, this sociological experiment.” Many quotes from Delvey’s time in jail give me pause, like when she marvels over her cellmates’ accounts of identity theft (“I didn’t realize it was so easy”), and the tidbit that “the murderers were the most interesting to her.”

Essentially, this girl is troubled—a fact equally on display in her still-existing Instagram account, which features terrible selfies interspersed with pictures of literally blank white space. Also, most of the comments on these pictures are from clearly fake accounts, with 5-10 posting the same comment verbatim within minutes. This is not the Instagram account of someone who is okay.

If there’s a lesson to learn here, it’s that owning designer athleisure and keeping a stack of $100 bills handy is a great way to convince people you have a trust fund. Seriously though, it’s an extreme example of how the Instagram existence we crave is more often than not an illusion, specifically designed to blind people with displays of money while obscuring the reality underneath. Maybe if we were less desperate to make our lives LOOK wealthy and fabulous, we wouldn’t be so eager to believe someone like Delvey, who displayed more than a few red flags. And maybe we could stop breeding criminals whose primary goal is to spend more money on bottle service and sweatpants from Supreme. Just a thought.