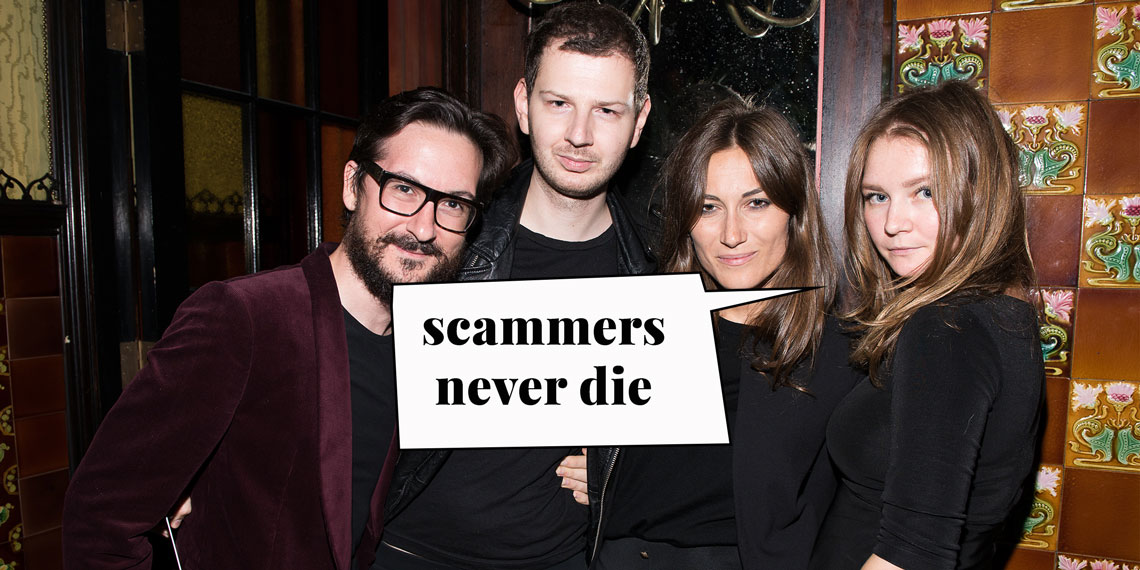 About two weeks ago, I had the best week of my life. No, I didn’t get a raise or a boyfriend or a puppy or anything like that. In fact, nothing of significance happened to me personally. What did happen, though, was the news breaking about Anna Delvey, fake socialite and scammer extraordinaire. As a person who follows internet scams and multilevel marketing companies with the diligence of a fictional retired FBI detective trying to solve that one case that’s eluded him his entire career, the Anna Delvey story was my Christmas. I’m not a scammer, but I love scams. Anna Delvey was and is fascinating to me. This 25-year-old girl was able to (allegedly) scam high-end hotels, businesses, and her rich friends out of a collective $275,000 by sheer audacity and a little fraud. Okay, a lot of fraud. Allegedly. Whatever. So you can imagine the level of absolute glee and excitement I felt last night at the gym when, scrolling through my Instagram instead of doing another rep of tricep dips, I noticed that the one and only Anna Delvey posted an Instagram. From Rikers.

Of course I immediately screenshotted Anna Delvey’s Instagram and promptly sent it to all my friends. And here it is below, in all its glory:

There is so much to unpack here. Firstly, Anna changed her Instagram handle. When I first followed her, when the article in The Cut first came out, her handle was @annadlvv. Now, it’s @theannadelvey. This girl knows they’re gonna make a Lifetime movie about her, and she is fucking prepped.

So we’ve got a selfie of Anna and her friend Neff, who you’ll remember from The Cut article worked at 11 Howard, with some animal face filter. The caption, which didn’t make it into my screenshot but you can see if you head to the Instagram, is “Thelma & Louise”. Thelma & Louise is a movie about two female friends who are on the run from the law, so again, clearly Anna does not take her incarceration very seriously. This is all compounded by the fact that this Instagram is geotagged FROM RIKERS ISLAND PRISON.

I have a lot of questions, mainly, you can Instagram from prison now?? If so, maybe I should plan my stay—I could use the mandated gym time.

I’m kidding, OBVIOUSLY. I am pretty shocked that Rikers Island even has a geotag on Instagram (I’d think they would block that shit from all satellites like Area 51 or something), and I’m even more shocked that Anna is shamelessly uploading a selfie from prison. To be fair, some commenters are pointing out that Neff might have gotten Anna’s password and uploaded it on her behalf, so it’s possible Anna is not surreptitiously Instagramming from the prison bathroom like this is Orange is the New Black.

But still, you’d think that someone who’s currently being charged with a felony would try to lay low and not attract attention to him or herself. Apparently not. To me, the fact that Anna Delvey posted an Instagram while still incarcerated underscores what she said in The Cut: that she sees prison as “this sociological experiment”. And isn’t that the exact quality needed in someone to pull of a scam of this caliber—complete disregard for the consequences of one’s actions and the law in general, and a total lack of shame?

One thing is clear: this isn’t the last we’ll see of Anna Delvey, and I have a feeling she’s not done scamming. Not by a long shot.