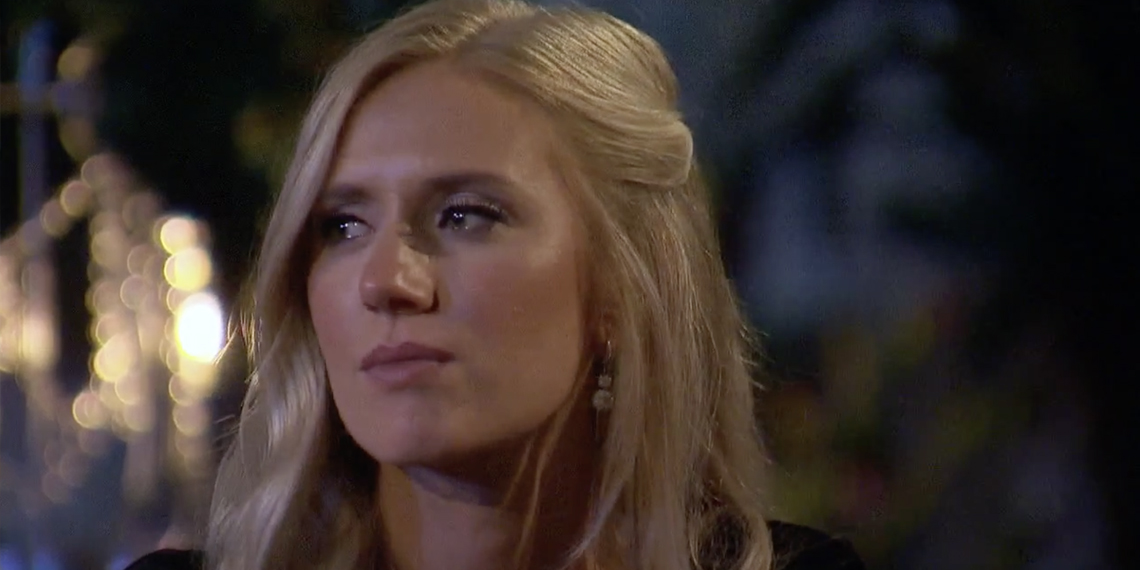 This week on The Bachelor, the crew heads off to Italy! (Or hops on over to the “Italy” section of Epcot. Hear me out here. When has ABC sprung for such expensive vacations? They went to PENNSYLVANIA last season. And where are the people? I find this “Italy” very suspicious. Plus I’m pretty sure Italy and France are right next to each other in Epcot. I’m just saying.) Anyway, moving on to this week’s Bachelor recap.

Arie starts describing the intricacies of Italian culture with the same attention to detail as one of my sorority sisters who studied abroad there junior year. He’s like, “Italy is great! I can’t wait to drink wine and eat pasta!”

ALSO ARIE: This is gonna be just like senior year except for funner!

Chris Harrison comes in, takes one look at the happy women, and immediately drops a bomb on the remaining girls that there will be no rose ceremony this week, only dates. The fact that every single one of these women (except for Lauren B, who is dead inside) look truly panicked at the thought of spending some quality time with Arie sans cleavage and alcohol is telling.

And the first one-on-one date goes to Becca K. Which rom-com do we think Arie will choose to reenact with Becca this time around? Fingers crossed it’s How To Lose A Guy In 10 Days so she can ditch this loser and find a real romantic suitor. Oh, wait, he just showed up in a red convertible. It’s clear it will be some sort of rom-com, but I’m just not sure which one yet. Tbd, people.

This date is actually chill AF. Getting shitfaced on wine in the middle of the day is legit in my Hinge bio as my answer to “describe your perfect day.” Boys, take note!

Meanwhile, back at the house, Jacqueline is losing her damn mind. She’s venting to Kendall about how she doesn’t know if she belongs here and it’s like, of course you don’t, honey. Every single one of you belongs in therapy. Also, you know you’re fucking losing it when the girl who collects dead animals is acting more rational and level-headed than you.

Cut back to the one-on-one date where Becca keeps talking about how she’s falling for Arie as he sits there looking smug AF in his chunky knit cardigan. Idk what he has to look smug about. He looks like my nana when the temperature falls below 65 degrees.

Becca gets the rose at the end of the date, securing her spot in the hometowns line-up.

The Most Dramatic Exit Ever

In a shocking turn of events, Arie chooses Lauren B, the human equivalent of antacids, for the second one-on-one date even though she just fucking got one last week. This causes little Jackie to metaphorically fling herself off a cliff. Wait. Holy shit. She’s going to Arie’s suite.

JACKIE: I need to have a really hard conversation with you.

Wait. Did Jacqueline just dump herself? Tbh I did not expect Arie to be this upset over her leaving. She’s spoken, like, two words this entire season.

Jackie is just like “I’m so attracted to you that I can’t even look at you”  and then proceeds to drape herself over Arie’s entire body before dry humping him on the couch. K.

ARIE THROUGHOUT THIS ENTIRE CONVERSATION:

Lol at Jacqueline’s exit interview. She’s like “Arie was perfect in every way but I don’t want to marry him? God, I fucking hate myself,” which is funny because that’s also the extended title of my memoir. Jackie gets it.

Okay, is it just me or do Arie and Lauren B look like a married couple who just recently reconciled after a separation period and are trying to “work things out”?

Side note: Wtf is Arie doing on that bike rn? He looks like my 15-year-old brother trying to impress his girlfriend at the skate park. Also, I’m fucking amazed that his pants haven’t split mid-way through this show he’s putting on. Fucking. Amazed.

Arie suggests they stop in get some—get this—gelato! In Italy! Fucking groundbreaking.

Arie is just like ”I know Lauren B has less personality than the fat free, gluten-free gelato she ordered but I think she’ll open up by the end of this date.” And I hoped Peter Kraus was gonna be the next Bachelor so I could  actually enjoy my Monday nights, but we can’t always get what we want, do we?

Lauren B tells Arie that she’s falling in love with him and she says that with all of the emotion of someone who just asked for help with her credit score. Except I think I might be more passionate about my credit score than she is her potential future husband.

Wait, did Arie just dip out? AFTER SHE OPENED HER HEART TO HIM?? Lauren, sweetie, I know I’ve been dragging you this entire recap but there’s literally no excuse for the way he handled that. Like, did he have to check with his producer before he could respond to her? Was her declaration of love that unexpected for him? Nah, drop his ass Lauren!

Seinne is shooting the shit with a bunch of grown-ass men, while Arie is baking bread in the kitchen. Is this it? Have we achieved gender equality?

I love how they keep referring to these Italian people as a “family” that they just happened to stumble upon on the streets and not like they’re paid actors. It’s cute.

A symbolic clock rings in the middle of Seinne’s speech about how she sees something with Arie, and it’s at this point that I realize she is going home. And it’s not just because she physically put on her jacket and tried to flee the scene.

ARIE:  I’m just struggling to really open up with her.

Arie sends Seinne home, and let’s let that information sink in for a moment, shall we? He just sent home the gorgeous, bilingual, Ivy league graduate in favor of other girls. I can tell he’s really serious about getting married. #JusticeForSeinne

We’ve got a lot of different looks happening on this date rn. We’ve got Tia, who actually looks socially acceptable. Then there’s Kendall, who looks like she got her entire outfit off of a Wet Seal mannequin. And finally, Bekah M, who looks like she’s really embracing this whole European vacation thing by channeling her inner Maria from the Sound of Music.

Seriously, that shit is uncanny.

Arie pulls Kendall aside for some alone time, and I’m assuming he’s just biding his time with her until it’s socially acceptable to send her home.

Honestly, I hope he picks Kendall if only so my theory about what she does with ex boyfriends’ heads will finally be proven. Come on, Arie, just do this one thing for me!

Tia breaks the cardinal rule of going on a group date by bringing up Bekah M during her alone time with him. Girl, Arie, does not give a shit if she’s 22 as long as she’s legally old enough to make it to the fantasy suite. Amiright, Arie?

Tia tells Bekah that she’s concerned Bekah might be immature and doesn’t want to get married, mostly because three seconds earlier Bekah said just that. When confronted about her maturity level, Bekah immediately starts bawling. That’ll show her, Beks!

Bekah keeps talking about being “misunderstood,” but not once has she mentioned marriage in this meltdown. She talks about wanting to be “something” with Arie but she hasn’t once said the word marriage. Which is literally the entire point of this whole godforsaken show. I mean, it’s reasonable because she’s 22 and her mom still calls the police when she doesn’t text her before going out, but she’s probs not ready for marriage. Which is exactly what Tia was trying to say.

BEKAH: I’m so mature that I even have a grey hair!

YES. He chose Kendall. I for one am ecstatic to meet her family. That said, I’m legit shocked that it’s between Tia and Bekah. What a Sophie’s Choice this must be for Arie. On the one hand he has Tia, a woman who is established in her career and who was the first woman to say she loved him. On the other hand he has Bekah, a nanny who is, like, into him for the moment. Yeah, I can see why that might be a tough call.

I can’t believe ABC is prolonging this other rose with another fucking cocktail hour. Seriously, Arie, just bite the bullet and send Bekah home.

Watching Arie and Bekah together is like a watching a dad read his daughter a bedtime story. God, I can’t watch this.

OH SHIT. TIA GOT THE ROSE. Thank you, Arie for semi-restoring my faith in the male species. It’s much appreciated.

I do applaud her for waiting until the limo to lose her shit. Way to give him nothing, girlfriend. Also, don’t cry, Bekah! You’re still young. You have tons of Bachelor franchises ahead of you!

And on that note, Lauren B, Tia, Becca K, and Kendall all make it to the hometowns, so see you next week, betches!