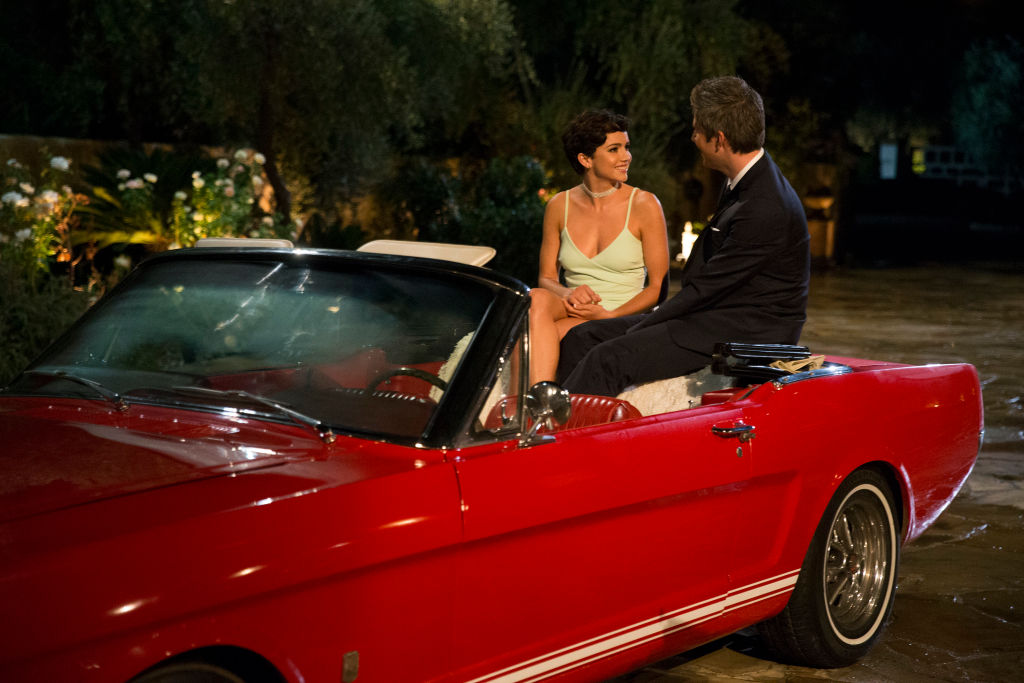 Bekah M. From ‘The Bachelor’ Was Reported As Missing & The Story Is Wild

Guys. GUYS. Bekah M. from The Bachelor, queen of millennials and definite tarot card owner, apparently has been reported missing since NOVEMBER. That’s right, you can find her (still probably fake) ID on the California Attorney General’s website.

Bekah M., or, as everyone not in LA knows her, Rebekah Helena Martinez, is listed as a missing person in Humboldt County, California. Humboldt County made headlines in The North Coast Journal recently for having the highest missing persons rate in California (sounds like a good place for my next vacation), and one of those 35 missing folks is, apparently, our beloved Bekah M. Natch, when the Journal posted the article to Facebook, a super fan, one Amy Bonner O’Brien, was all like, “Whoa, Bekah’s hair looks bad there!” when she saw this license photo. (I paraphrase.)

The Journal noted that it is, in fact, our favorite 22-year-old, and let the Humboldt County sheriff’s office know. Even though the sheriff says that they got in touch with Bekah and removed her from their listings, her profile is still active. Bekah M., YOU ARE LISTED AS A MISSING PERSON FOR ALL THE WRONG REASONS!

Bekah, being the short-haired and savvy millennial that she is, took to Twitter to clarify that she is not actually missing. Apparently, her mom got worried when Bekah told her on November 12 that she was going to work at a marijuana farm for a couple of days, but didn’t resurface until December 12. That’s p lit.

MOM. how many times do I have to tell you I don’t get cell service on The Bachelor?? https://t.co/iYnxQCIZBt

honestly the scariest thing about this story is that my efforts to conceal The Worst Drivers License Photo Of All Time have been thwarted https://t.co/z0venho66p

This does, in fact, make Bekah M.’s mom the only rational person in all of Bachelor nation, and now I’m incredibly excited for hometowns. This woman is gonna grill tf out of Arie, and also probably report him to the cops. If my child was dating Arie, I’d def call 911 too.

Obvs, Bekah is totally fine (although, like, is anyone with Arie actually fine? See: Krystal). But she can’t hide behind her pixie cut forever—I have a lot of questions. Did she really only think she was going to be there for a couple days? Because, like, I always felt that Bekah has the true potential to scam Arie, and now I’m disappointed that she ended up staying for the “right reasons.”

It’s also interesting that Bekah was there until December 12. That means she’s either engaged to Arie (sorry, brb, need to mouth vom), or is gonna be raking in those SugarBearHair big bucks. Regardless, it means she and Arie def banged. Do you think he made her dress up as a race car, or like, wave a checkered flag before entering her? No, sorry, you’re right, I shouldn’t have put that image in anyone’s head. Since Becca K.’s one-on-one I’ve been convinced he has an extravagance kink, so maybe he bought her a vintage Tinkerbell costume. Poor Chris Harrison.

Anyway, here’s hoping that her continued presence on the AG’s website is part of some next-level Gone Girl scheme against Arie. If not, she may wanna clear that up before she heads to Paradise.