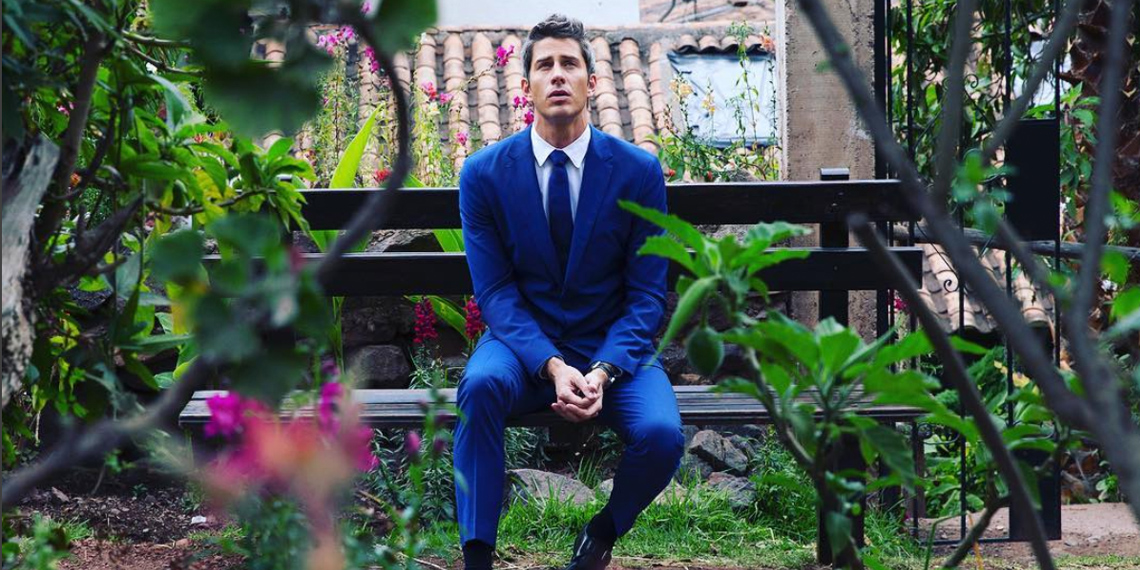 The Best ‘Bachelor’ Recap You’ll Ever Read: The Finale

Well, fam, we’re back for one more damn week of this godforsaken show. That’s right, this week on The Bachelor finale (part one, because ABC hates me) it’s down to the final two women. Tbh this recap should really be called “True Life: I’m Being Held Hostage By Chris Harrison” because that’s what it feels like to have to sit through three hours of Arie agonizing over his decision to marry someone with the emotional wingspan of a kitchen appliance or Becca K. Riveting stuff. Anyway, shall we commence with this episode?

Chris Harrison starts off the Bachelor finale by letting all of America know that not only is Arie boring AF, but he’s also a giant piece of shit. We have so much to look forward to, fam. Chris really isn’t making this three hour episode any easier a pill to swallow.

We’re back in Peru and as per usual, the mere sight of Arie makes me want to burn whole cities to the ground. Woosahhh.

ARIE: When I pictured Cusco this is what I pictured.

ME: *pictures Cusco in mind’s eye*

Arie starts off the episode by letting us all know where he stands with the remaining two women. And since ABC would like to stretch this episode out into next fucking year I’m sure this monologue will proceed for the next 45 minutes when it can really be summed up in two sentences or less:

ARIE: With Becca I just know that I love her.

ARIE: With Lauren there’s a little bit more of a risk because she’s dead inside.

With choices like these, where can he go wrong??

Lauren meets Arie’s parents and it is… alarming. Lauren’s just trying to pretend she’s a real girl and not like her and her doll hair were created in ABC’s studio hours before the season started. Meanwhile Arie is, like, engaging in foreplay with her fingers. Seriously, why is he rubbing them like that? Jesus. It’s gonna be a long night, people.

God, Lauren is so fucking boring. Every week I try to convince myself that this will be the week where she’ll grow a personality or at the very least a facial expression, but alas, it’s not looking like this will be that week. *sighs*

Next, it’s Becca’s turn to meet the family. She emphasizes that this is a BIG DEAL to meet Arie’s parents, which is why she showed up in my freshman year club dress. I had some good nights at penny draft night in that number, but I’m not sure how it will win over your boyfriend’s parents, Becs.

Man, Lauren really won over Arie’s mom with the three monotone words she spoke, didn’t she? Like, why does Arie’s entire family keep bringing up Lauren to Becca?

BECCA: Yeah, so let me tell you how I feel about your son—

ARIE’S FAMILY: You’re very nice but we can we talk about Lauren now? She’s very pretty. We like them pretty. And weak. Very weak.

Andddd we’re back to Caroline talking shit about Arie. Chris is like, do you guys remember Caroline? The girl who made it three episodes but was bribed by production to confront Arie at the Women Tell All? Ringing any bells?

A REENACTMENT OF CAROLINE AT THE WOMEN TELL ALL:

Like, seriously, can we just get back to the episode? Please? I beg of you, Chris Harrison, put me out of my misery.

Back in Peru, Arie and Lauren go on their last date before he might emotionally eviscerate her on national television. Fucking finally. They’re hiking a seventh wonder of the world and Lauren looks about as enthused by it as she does clipping her toenails.

ARIE: She’s got a speckle in her eye—she’s amazing!

Yeah, but, like, what about her personality? Does she have a speckle in that?

Lauren’s like “Arie’s done all he possibly can to assure me that he loves me. Except for dumping his second girlfriend.” Yeah, whatever you have to tell yourself to sleep at night, honey.

Okay, Lauren has to be the one going home right? Because that’s kind of how ABC is setting this up. I’m watching Arie and Lauren embrace and all I can think is “Arie is about to break you in two, sweetie.” *turns up volume*

Moving on to Becca and Arie’s date. Instead of taking her to a literal wonder of the world like he did his other girlfriend, Arie takes Becca to a shitty market. Yeah, I think it’s safe to say we all know which way he’s leaning emotionally. Also, again with the shopping, dude? This girl does have other interests, you know!

Becca’s like “I know I can really trust you, you know?” Meanwhile, Arie looks like he just shit himself. It’s like he just realized this show ends in a proposal or something. DUDE YOU’VE BEEN THROUGH THIS TWICE YOU HAD TO KNOW.

I have a feeling Arie is only into Becca because literally two days ago another guy was willing to propose to her. He’s looking at her like he wants to love her because America won’t accept the human lump of cauliflower that is Lauren B.

Becca pulls a move straight out of How To Lose A Guy in 10 Days and makes Arie a photo album of their entire 30 day relationship. She really does get him and his dream of living inside a Reese Witherspoon movie. Huh. Well, at least it’s something she can burn when he inevitably dumps her for a girl with the emotional capacity of a lima bean.

Well fam, with an hour and a half left to go we’ve made it to the rose ceremony. An. hour. and. a. half. left. I’m not crying, I’m definitely crying. Here’s hoping the episode ends with Chris Harrison throwing Arie off that mountain. A girl can dream.

The first limo pulls up AND IT’S FUCKING LAUREN. And her dress is on fucking point. I thought fringe was done, but she’s making me believe again. Also, I literally cannot wait to see how badly Arie trips all over himself when he tries to dump her while she looks like a goddamn vision.

Jesus. Arie has a horrible poker face. Does he think his sobs are hiding anything?

Damnnn Lauren just wished him the best and moved the fuck on. She’s not even really crying yet. I mean, granted, she wasn’t programmed to feel real human pain, but still. I’ve never respected her more.

Okay, Lauren is making all sorts of good points in this limo. HOW CAN YOU BE SURE, ARIE?? If I didn’t know any better I’d say she was fed those lines by production just in case she got back with Arie later…

Arie’s watching Becca come down the hill and it’s like he’s watching his damn funeral. Also, Becca, honey, wtf are you wearing? No dress—especially not THE dress you’ll get engaged to in—should be held together by pantyhose material. That’s just, like, the rules of feminism.

I’ve got a whole other hour to this episode that tells me otherwise, but by all means, Arie, continue playing Russian roulette with this girl’s feelings.

Cut to video footage of Becca and Arie walking off into the sunset with Chris Harrison Regina George-ing in the background: “that really did look like a happy ending, didn’t it?” Chris, you messy bitch. You’re living for this shit aren’t you?

Also, Chris Harrison really has that sorority-girl-evaluating-pledges face down this season, doesn’t he? Snaps for improvement, buddy!

We’re now treated to a montage of Becca and Arie’s charmed 12 hours together before Arie started sliding into Lauren’s DMs. I paraphrase. And they say reality TV presents a false reality.

CHRIS HARRISON: I know that was tough to watch. I can only imagine what you’re going through as you watch this at home.

Okay, Chris, this isn’t a fucking national tragedy. I’m watching this and also playing solitaire on my phone, so I’ll be fine.

***WARNING: You are about to see some triggering shit here. Like, worse than when Dean baked a cake for Danielle L in front of Kristina. Brace yourselves. ***

So clearly the happy couple is back from Peru and living their lives as a newly engaged couple who lives 1,600 miles away from each other and only ever interact when their Instagram endorsement deals deem it necessary. I’m so happy for them!

Oh God Becca thinks this is a cute couples getaway and not Arie dumping her ass. Oh God she looks so happy. Oh God my anxiety is literally through the roof.

^^Actual footage of me watching this breakup rn

Arie shows up and immediately is like “can I get a take-backsies?” and this is so fucking painful watch.

Oh god she’s covering her face with THE ENGAGED HAND.

SHE JUST NOTICED THE RING AND TOOK IT OFF OH MY FUCKING GOD. Tbh she’s showing way more self-restraint than me because I would have shoved that ring down his fucking throat by now.

Arie is such a piece of shit. I can’t. He’s not even gonna follow her?

Okay, do we really have to listen to Becca cry for 6 minutes? We get the point, ABC. You’ve accurately painted the face of human devastation for us. Now can you please let the poor girl be??

Becca, LEAVE! Like, did they lock her in that house? Why can’t she leave? Is this a horror movie? ABC, I need answers!

Arie is, like, waiting around for Becca to forgive him so he doesn’t have to feel shitty about dumping his FIANCE for another fucking woman. Meanwhile, all of America starts sharpening their pitchforks in their living rooms.

Okay, she has asked him to just go 10 million times and he won’t leave. Becca is a living, breathing human being and you need to get the fuck out. Also, I low-key feel like scum for watching this? Anyone else?

WAIT SHE’S HERE. AT THE LIVE VIEWING. WITH DARK LUSCIOUS LOCKS. She looks fab but I can’t believe ABC would force her to watch that in front of a live studio audience. Man, she must really be gunning for that Bachelorette spot.

Chris is like “it’s great to have you back” and Becca is looking at him like she’s contractually obligated to be there. Of course this is where the episode ends. Chris really emphasizes how lucky we all are that ABC so graciously decided to give us two nights to watch a woman’s grief be paraded all over national television for better ratings. Seriously, ABC is the sweetest.