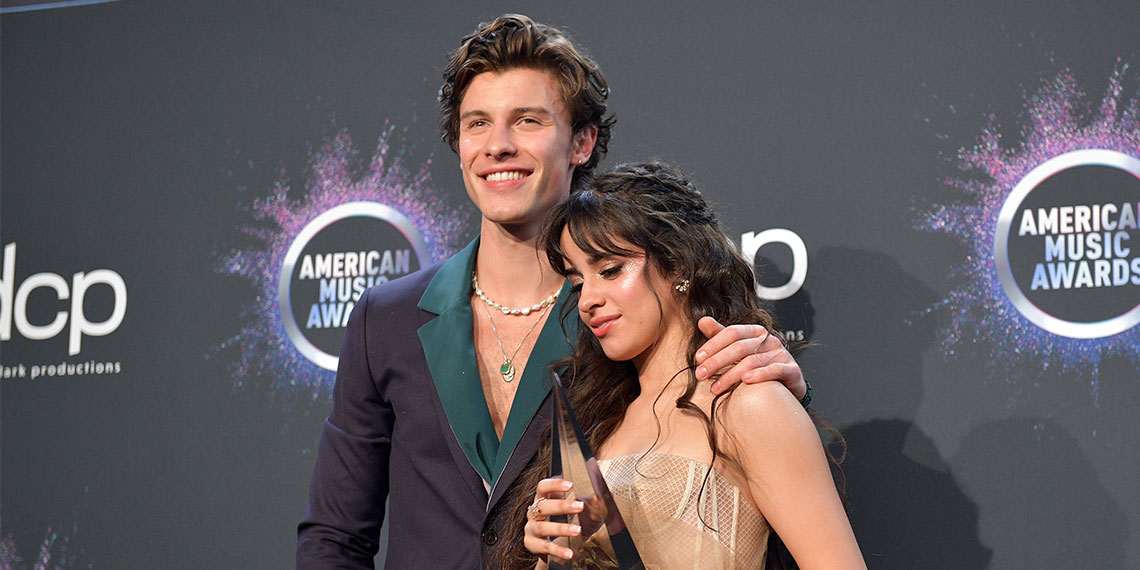 We’re well into 2020 now, which means we can stop bullsh*tting about our New Year’s resolutions and start talking about something fun. And by fun, I mean taking a look at which celebrity couples might be at risk of breaking up this year. Every year brings a new cycle of celebrity breakups and new couples, so who knows who might be together by the end of 2020? Will I be dating a Jonas brother? Truly, only time can tell.

Before you come for me in the comments, I’m not coming for anyone or wishing them heartbreak. I’m just using context clues and my powers of intuition to make some guesses about who might be headed for a breakup in 2020.

Gonna watch this unicorn sang tonight. Then we gonna get it in! Horns out!

Channing and Jessie have just recently gotten back together, and Channing has already been going hard on Instagram, both flaunting and defending his relationship. I guess this is sweet, but I don’t see it as a great sign for long-term success. The lady doth protest too much, ya know? When they were dating before, they always kept things more low-key, so we’ll see how this new approach turns out.

It seems like it was years ago that we were talking about Miley’s sloppy post-divorce social media behavior, but it’s actually been less than six months. Time flies when you have Cody Simpson’s tongue down your throat. Ew, I’m so sorry I said that. Cody and Miley have chilled out considerably since the first month or two of their relationship, but I still feel like Miley is still figuring her sh*t out and not like, about to go get married again anytime soon. No offense to Cody, but I think he’s getting dropped by summer.

My nigga home now he da Clyde to my Bonnie 🤞🏽

Just yesterday, I broke down Nicki Minaj’s epic Twitter feud with her ex Meek Mill, and I have a feeling her messy energy is going to be hard to escape in 2020. She basically seems obsessed with her husband Kenneth, but I just have a feeling that things might crash this year. I might be totally wrong, but if these two split up, I called it first.

SEÑORITAAAAAA! won best collaboration award!! thanks @vmas 😻😻😻 and thank u guys so much for tonight! we love you guys sooooooo much ❤️

Well, who would’ve thought? 2019’s most talked about PR stunt of a couple is still going strong, so I guess they’re just waiting for their relationship contract to expire. I’m surprised there wasn’t a clause that they could stop pretending after “Señorita” hit number one!

Gigi and Zayn have just been spotted together again in the last month, and it looks like they’re dating again. When it comes to their on-again, off-again relationship, I feel like Gigi and Zayn definitely have that ~first love~ pull toward each other. I totally get it, but I also don’t feel like they’re going to be together in the long run. Call me a pessimist, but I wouldn’t still want to be with the dude I dated when I was 20.

happy birthday darling. I can’t imagine a world without you in it. 🤍

Halsey used to rub me the wrong way, but I’ve really been loving her lately. Still, she has a chaotic energy that seems like it could get exhausting in a relationship. Also, she and Evan Peters still feel like a mismatched couple. He used to be with Emma Roberts, who literally couldn’t be more different than Halsey. These two will probably break up sometime in the next few months, but no one will notice until Halsey starts dating someone new six months from now.

Congrats to Timothee Chalamet and Lily Rose Depp on what appears to be both of their first ever kiss pic.twitter.com/2HvkBQiWat

These two are so young and so hot, and I just don’t think couples like this are meant to last. They met while doing a movie together, but I’m sure their busy schedules will make it tough to keep things going this year. Also, those photos of them making out were rough, so they could both benefit from spending time with partners that are a little more…um… experienced.

Pilot Pete & Whoever He Picks

I’m always skeptical of couples who meet on Bachelor shows, but this trash season of The Bachelor has me feeling even less confident than usual. ABC means to tell me that Peter is really going to spend the rest of his life with one of these baby influencers, when they’ve been too busy arguing to even get to know him? Nah, I’m not buying it. The second the contract is up, Peter’s going to be single again.

Do you think I’m wrong about any of these? I probably am, so let me know in the comments! Also, lmk which other couples you’re on high alert for, because 2020 is just getting started, and you know there are lots of breakups to come.