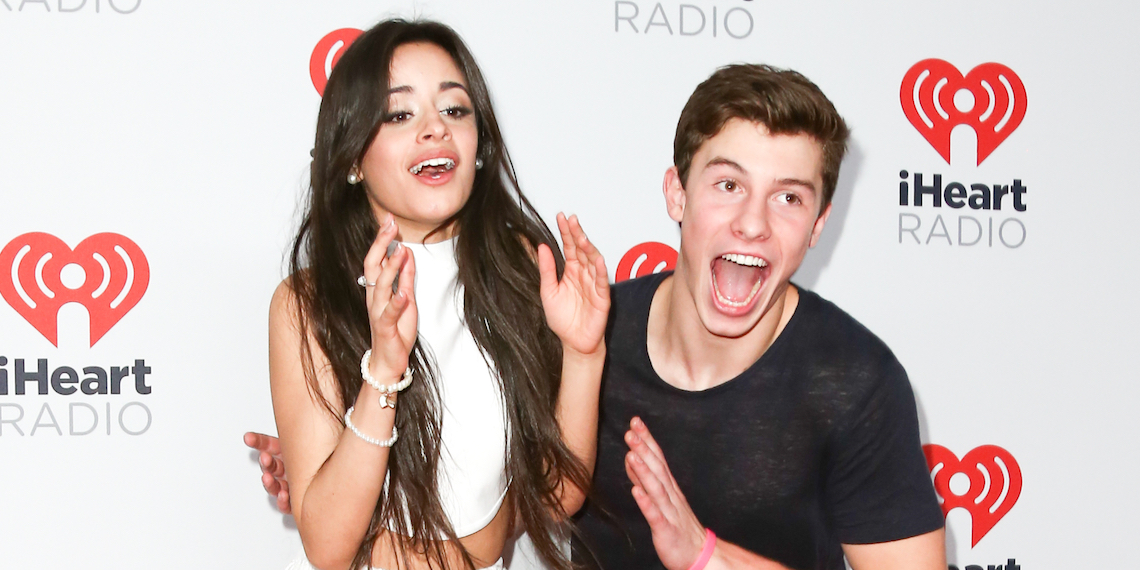 Are Shawn Mendes And Camila Cabello Actually A Couple?

After the whirlwind of celebrity weddings in the last couple weeks, we all need a new celebrity couple to focus on. Luckily, my attentions have been taken away from Brittany and Jax and refocused on two of the hottest young people in Hollywood: Shawn Mendes and Camila Cabello. These two have known each other for a long time, but now it seems like their relationship might finally be at the next level. Let’s take a closer look at what’s going on with Shawn and Camila.

Back in 2015, when both Shawn and Camila were both just starting to get big, they released “I Know What You Did Last Summer” together. It was a bop, but everyone moved on pretty quickly. Fast forward to last month, when the two teamed up again for their new song “Señorita.” The song is catchy as hell, and it debuted at number two. Besides being a big hit for both of them, the steamy video ignited rumors that they’re romantically (or at least sexually) involved with each other. Seriously, watch the video, it’s hot as hell.

The video certainly isn’t proof that Shawn and Camila are together, but it’s hard not to get that kind of vibe from a video like this. But in the past week, Shawn and Camila have been caught by the paparazzi hanging out a few times, and it doesn’t seem like it’s a coincidence.

Here they are, leaving brunch together in West Hollywood on Sunday:

So like…they’re definitely f*cking. Or at least they want us to think that they are. In that second photo, she’s clinging on to him like she’s going to freeze to death without him, and it was not that cold in LA yesterday. I literally checked the weather.

Another important piece of evidence in this investigation is Shawn’s response when he was asked at a recent meet and greet if he’s dating Camila:

During a Q&A in LA, a fan asked @ShawnMendes if he was dating @Camila_Cabello. Mendes shook his head no. pic.twitter.com/Canynk3MvJ

First of all, how f*cking awkward is that. Ladies, if you ever get to meet Shawn Mendes, don’t waste your time asking him out. He’s obviously going to say no, and it’s just going to be uncomfortable for both of you. He knows he’s pretty, so just leave him alone. But his response to the question about Camila is definitely interesting. He shakes his head like he’s saying no, but that could just be his disbelief that a fan actually had the balls to ask. Either way you look at it, this response just fuels the rumors more. Either it’s a half-assed denial, or a refusal to comment.

Shawn and Camila are very cute together, and I don’t doubt that they get along well with each other, but this whole ~relationship~ really feels like a PR move to me. Call me cynical, but any time two hot celebrities just happen to start dating when they have a project to promote together, I usually have to call bullsh*t.

When you think of how many celebrities manage to keep their relationship a secret for literal months or years, it doesn’t really seem like an accident that they’ve been caught by the paparazzi multiple times in less than a week. I’m not mad at the game that they’re playing, but I still know I’m getting played.

So when push comes to shove, are Shawn and Camila dating? Honestly, they might be. Whether it’s for publicity reasons or out of a genuine connection, I have a feeling we’re going to be seeing more of them together this summer. But I have serious doubts that this relationship will make it past the current promo cycle that they’re in. Also, Shawn is obviously supposed to end up with me, so he’ll have to dump Camila sooner or later. ¯\_(ツ)_/¯