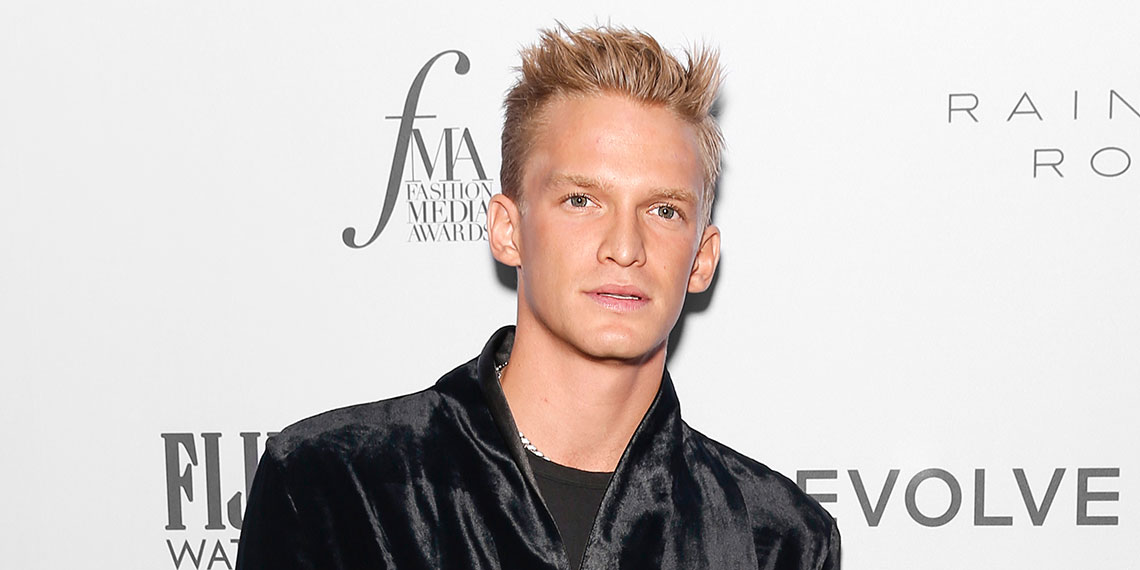 What We Know About Miley Cyrus & Cody Simpson’s Relationship

Remember Hot Girl Summer? It might not be summer anymore, but Miley Cyrus is not done with that sh*t yet. She’s fully embracing Thotumn, and I’m here for it. As the leaves start to change, Miley has gotten herself a new man, and we need to dissect the details of exactly what is going on. It’s been a whirlwind couple of months in Miley’s personal life, and with the arrival of Cody Simpson, it’s not slowing down any time soon.

After announcing her split from her husband Liam Hemsworth in August, we watched as Miley spent a month basically attached at the hip to Kaitlynn Carter. They made out on yachts in Italy, traipsed around LA, and were apparently even living together at one point. This made sense to me, as Kaitlynn was also fresh out of her marriage to Brody Jenner, and it seemed like she and Miley both just needed a person. But that fizzled out after six weeks, and Miley has already moved on.

Now, Miley has turned her attention to Cody Simpson, and their PDA-filled fling has already become something that we can’t avoid talking about. First of all, let’s address some common questions I’ve heard in the past week, namely “wh0 the f*ck is Cody Simpson?” Cody is an Australian singer, who at one point was supposed to be the next Justin Bieber. That never really happened, but now Cody is a hot 22-year-old with abs and tattoos and clearly a lot of time on his hands. (He also used to date Gigi Hadid, because of course.) Basically, he’s Miley’s exact type, which she pointed out in this Instagram story:

Miley and Cody have only been hanging out for a week or so, but they’ve actually been friends for years. In 2015, Cody spoke about how Miley had helped him with his transition out of being a child star, and called her one of his best friends. Even before that, Cody say in 2012 that Miley was one of his “childhood celebrity crushes.” That might be kind of a yikes considering that he was like, 15 at the time, but everyone here is an adult now.

Last week, Cody and Miley made lots of headlines when they were spotted making out while getting açaí bowls together in LA. If nothing else, it’s become clear in the last two months that Miley Cyrus really loves making out in public places. After a lot of people started criticizing her for moving on so quickly from her marriage and subsequent relationship with Kaitlynn, Miley shut it down with a passionate statement on social media:

Miley Cyrus is defending her dating life after feeling like she was "slut shamed" for her make out session with longtime friend Cody Simpson. Miley took to social media to share her thoughts about the situation, noting that successful men rarely face scrutiny for their dating life.

Miley is absolutely right that there’s a double standard when it comes to men and women in relationships, and I’m sure it makes it extra difficult when everything plays out so publicly. But also, I reserve the right to judge anyone who makes out in a public place. I have no problem with Miley having a good time, but I would call out my best friend if she were making out with a dude at the açaí place.

Since the açaí date last week, Miley and Cody have definitely been seeing a lot of each other, and it definitely feels reminiscent of how Miley and Kaitlynn were basically acting like a married couple within days of first being seen together. On Saturday, Cody posted this picture on his IG story, where he calls Miley “baby” as he kisses her forehead.

He also posted a video later that day of the two of them hanging out. Basically, they spent the whole weekend together. Miley also responded to being called “baby” on her own Instagram story, followed by posting a series of baby pictures of herself. They’re clearly having a lot of fun letting this whole thing play out for all of us to see, so who knows where this is all going.

In the days since they’ve been hanging out, sources have popped up to dish on what’s going on, and none of it is surprising. According to Entertainment Tonight, neither of them is looking to settle down or get into anything serious, which like…duh? Two months after filing for divorce, I don’t really think Miley is going to be in a long-term relationship with a younger guy who was basically obsessed with her when she was a kid. She’s at the point where she’s just doing whatever seems fun for the moment, and why shouldn’t she?

I have a feeling this is going to go down a route similar to Miley and Kaitlynn’s relationship, burning bright and fast. Miley probably doesn’t want a husband right now, so she should just have fun. As for Cody, he should just enjoy all of this free press while it lasts.