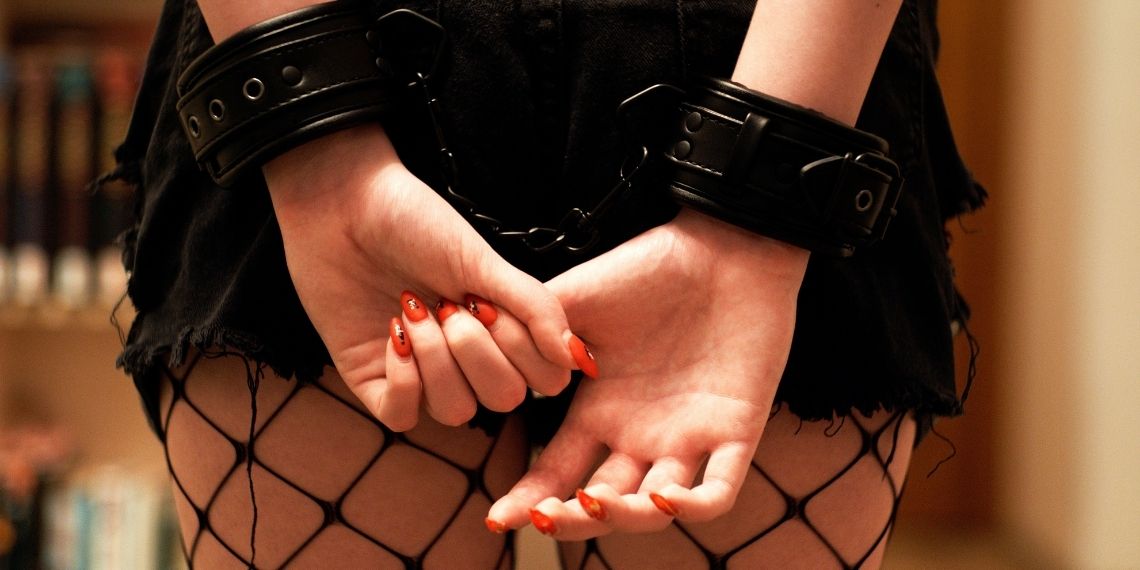 If you’re looking for new ways to get off, there’s a decent chance a kink is out there just waiting to award you with “I haven’t been this turned on since I was in high school and skipped gym class with my BF” level arousal. Before diving in, however, it’s important to note there’s a difference between a kink and a fetish. A kink is basically a sexual interest. It’s something that turns you on, but you don’t need it to get turned on. A fetish, however, is a sexual fixation, and it is imperative to arousal. To put it simply: All fetishes are kinks, but all kinks aren’t fetishes. And as long as you practice safely and consensually, there’s nothing wrong with either.

“Communication is key,” says SKYN sex and intimacy expert, Gigi Engle. “An understanding and empathetic partner isn’t going to shame you for liking something out of the box.” So, if you’re looking for ways to kick things up a notch, here are some kinks you might actually like that don’t necessarily involve fuzzy handcuffs or leaving the house. Before trying out anything new, however, make sure all parties involved are in full agreement and take things slow. Sometimes half the fun is the anticipation of what’s to come next, after all…

Although the name sounds extreme, the actual act isn’t as much. Katoptronophilia is a fetish for having sex or engaging in sexual activity in front of a mirror. Not to be all American Psycho, but there’s a reason mirrors on the ceiling are a thing: watching yourself get it on—whether alone or with someone (or someones) else—is majorly hot.

How To Test It Out: Going to a sex club is pretty much an exhibitionist’s dream, but that could be hard to pull off if you’re in the middle of a pandemic or if you don’t feel like driving somewhere to have sex. Instead, something as simple as sending a scandy pic to your partner or dancing for them could give you a rush of endorphins. If you want to raise the bar, you could consider having sex in front of a secluded window (just make sure it isn’t facing someone’s house or a street/pathway), attending a virtual sex party (like a Zoom meeting but instead of talking to your boss, you get off in front of strangers) or even camming or posting on a site like Only Fans.

No, the name doesn’t sound super appetizing, but the act certainly can be. In the simplest sense, sploshing falls under the umbrella fetish term “WAM” (wet and messy) which is the act of incorporating food into your sex life. It involves getting aroused by looking at or playing with large quantities of (usually messy) food. If you’ve ever been turned on by the idea of licking chocolate sauce off someone’s abs or getting covered in whipped cream, it could be a kink to explore.

How To Test It Out: You’ve seen movies (and that scene in Gossip Girl where Nate and Serena have sex in a fridge). Feeding each other strawberries is pretty much the epitome of romance, so sploshing is just taking it up a notch. Cover each other in chocolate or cream or sushi or sprinkles or hook up in a kiddie pool of Jell-O… just “be sure to have a cleanup plan in place,” notes Engle. And although some people like doing the messing, others like to have food smeared on them, so play around with what’s fun. Concentrate on textures, smells, and how the food feels on your skin. The best part? Eating during is highly encouraged.

It wouldn’t be a fetish/kink roundup without foot fetishes. In short, it’s just an attraction to feet or arousal caused by feet, and it’s actually one of the most common kinks. Since the feet have tons of nerve endings, they feel ahhh-mazing when touched and are also majorly symbolic (this is why lots of couples use feet washing in wedding ceremonies). Still, there’s a chance you haven’t explored the world of foot-induced arousal yet. The plus side is even if you learn it’s not your thing, there’s a chance you’ll have a pleasurable time finding out.

How To Test It Out: One of the easiest ways to see if feet set off your arousal is through massage. Grab some oil and massage it onto your feet (or ask your partner to, if they’re down), concentrating on the arch, in between the toes, and the heel. If you want to dive in deep, things like sucking on toes or massaging genitals with (clean) feet are some other ways to play. There are also a plethora of foot fetish videos out there from foot jobs (think handjobs, but with feet) to just looking at pretty toes, so dig your heels in and explore.

As it turns out, body part fetishes are fairly common. And while your mind might initially jump to foot fetishes, hand fetishes are also an important one to note. Basically, a hand fetish or kink is being attracted to hands, whether it’s the whole hand, the fingers, interacting with hands, or watching someone’s hands in action.

How To Test It Out: Just like with an attraction to feet, an attraction to hands can be stimulated pretty much the same way. From hand massages to pictures to online videos, you’re in luck because almost everyone around you has a hand or two to look at. If you’re trying out the kink solo, consider giving yourself a sensual manicure (think candles and oils) or perusing YouTube for some videos to get your juices flowing.

Odds are you already engage in some sensation play, but learning more about the different types and testing them out is a great way to clear the cobwebs out from your libido. The umbrella term refers to a wide variety of activities, all involving different sensations. Things like temperature play (running an ice cube across bare skin), sensory deprivation (utilizing a blindfold or gag), impact play (think whips and clamps), and even things like tickling and biting all fall in this category. It’s basically a sexual activity that creates arousal in response to withholding, giving, or receiving different types of sensory stimuli,

How To Test It Out: In addition to using ice cubes and blindfolds as mentioned above, feather ticklers, scalp massagers, and even ben wa balls (yup, like you read about in Fifty Shades), are other ways to experience sensual sensations. Many people practice this as foreplay or during sex, so whether or not you’re engaging with a partner, play around with different props and at different times during your session.

Yes, candles are awesome for setting the mood and wasting your paycheck on, but they’re also key to a pretty big kink. Wax play involves pouring hot wax on someone (or getting hot wax poured on you). Oftentimes, the wax is dripped on sensitive areas such as genitals, nipples, or the belly. Also, there are candles that turn into massage oil, which means you can have your wax play and a massage too. While this can fall under the “sensation play” umbrella, the fact that it gives you the chance to go on a candle shopping spree is reason enough for it to get its own highlight.

How To Test It Out: Testing out wax play is pretty straight forward. You’ll want to make sure to get candles made for skin (which usually burn less hot) and to be extra careful since, you know, a real flame is involved. When playing, mess around with drip speeds and areas of the body to see what feels best. “I recommend having the receiving partner wear a simple blindfold,” suggests Engle. “It ups the anticipation and sensation.”

Even though it all seems a bit advanced, here’s an easy way to figure out if it’s something you’re interested in: Does the thought of consensually watching your partner interact sexually with someone else sound kinda hot? If so, you might get something out of cuckolding—just make sure to take things slow and use LOTS of communication.

Orgasm control or edging is one of those sex tips you’ve probably heard of but didn’t understand the fuss. It’s all about, well, controlling an orgasm. “Edging is one of my favorite sex hacks of all time,” admits Kenneth Play, an international sex educator and hacker. “When you get the body almost to the place of no return, it will awaken your spidey senses to feel more pleasurable sensations.”

“While it’s important to communicate your needs, wants, and desires, even if they seem strange to you at first, it’s equally important to listen and respect your partner’s requests without judgment,” Taylor Sparks, erotic educator and founder of Organic Loven, tells Betches. “There’s a common saying in the kink community: ‘Don’t yuck on other people’s yum.’ Just because it is not something you would enjoy doesn’t mean you get to pass judgment because they wish to explore it in a safe space with you.” While that doesn’t mean you have to try everything your partner wants (consent goes both ways), it does mean you need to be respectful.

What it all comes down to is that this is supposed to be fun. “Embrace the awkward. You’re a newbie!” says Play. “This is not the time to put extra pressure on yourself. How good you are at the start of something does not dictate how good you can be at something.” Whether you’re smearing icing on your partner’s body or have some good old-fashioned missionary, as long as you have safe, consensual fun and snag a few orgasms on the way, it doesn’t really matter how you get there. 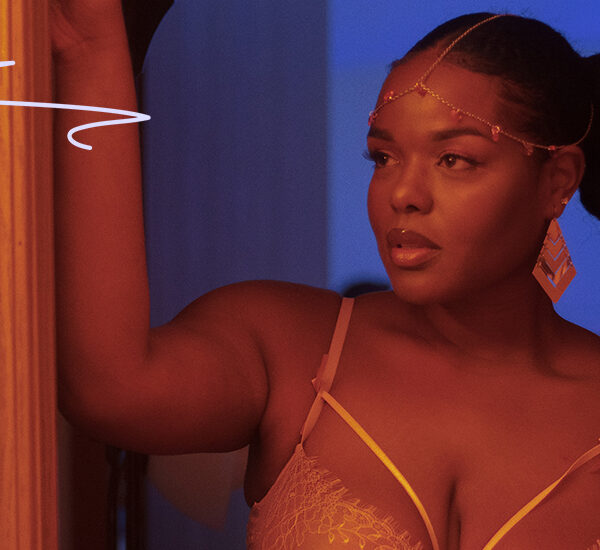 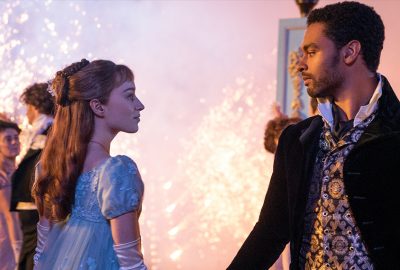