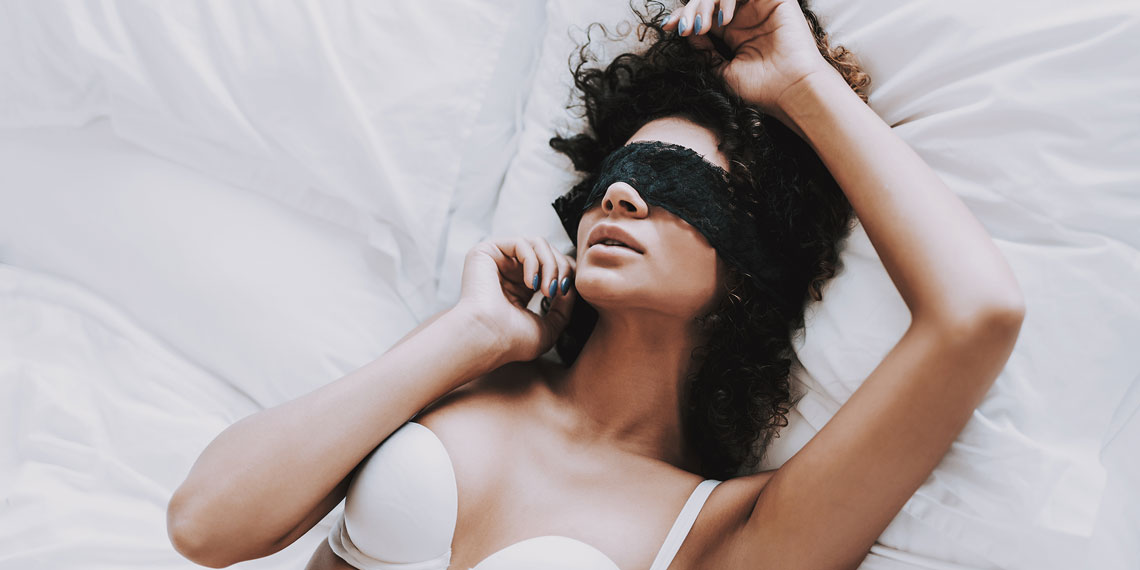 The Most Common Kinks You’ve Probably Thought About Trying

According to Urban Dictionary (aka the most credible source for sexual terms), a kink is a “sexual taste” specifically for a person or behavior. However, although a kink tends to be something sexual you enjoy that isn’t “normal,” it really is dependent on the person and like, the time. For example, I’m sure your great grandma thought a hot makeout sesh using tongue was v kinky but now that’s just how people say hello. Kidding, sort of. But, a kink isn’t to be confused with a fetish, which is typically “a sexual fixation or obsession with a usually non-sexual object” (or body part, per Merriam-Wester). But people tend to use them interchangeably, which I hope you won’t after this article.

According to the Daily Mail, the main difference between the two is a kink is enjoyed but isn’t necessary for arousal, whereas a fetish is needed every time you do the dirty. According to a study done by SKYN (yes, the condom brand), they found that people want more kinkiness or fantasy in their sex lives—precisely, 84% of people, according to “The Bondage Survey.” So maybe we should stop having shame in the kink game. Here are some of the most common sexual kinks. Who knows, maybe it’ll give you some ideas (or feel less embarrassed about what you like in bed).

To make things even more confusing, a fetish is among the most common sexual kinks (44.5% desiring it) but a kink isn’t necessarily a fetish. Guess it’s kind of like how a square is a type of rectangle but a rectangle isn’t a square? Although fairly common for men and women, females are slightly more likely to enjoy a fetish. Remember, a fetish is being aroused by a typically non-sexual object. So although you might automatically think “foot fetish” when someone says fetish, that’s not all there is. Remember the My Strange Addiction episode when the guy admitted he has sex with his car? Yeah, there are levels to this.

Aka being naked (flashing) or having sex in public. Just over 30% of people want to get down and dirty in public with their partner. Be careful: like voyeurism, exhibitionism is another one of the most common sexual kinks that can land you in jail. Penalties for public indecency or “lewdness” (as the criminal code states) is dependent on state laws, so do your research before venturing outdoors.

The Journal of Sex Research found that 19% of people enjoyed this kink. Masochism is “The deriving of sexual gratification, or the tendency to derive sexual gratification, from being physically or emotionally abused.” Or slightly less intense, “The feeling of pleasure (sexual) from being hurt.” So if you like a good spanking while having sex, you may enjoy one of the most common sexual kinks.

This might come as a shock, but infantilism, or engaging in child-like behavior, is actually a fairly common kink. It typically involves the man acting like a baby and their partner role-playing as the mom or nanny. It most commonly includes an adult diaper but can also involve a crib, pacifier, bottles, and speaking gibberish. If you decide to try this one out, just make sure your safe word is something other than “goo-goo-ga-ga.”

This is a super common kink that so many people don’t even realize it counts as a kink. Role-playing lets you act out your craziest fantasies without being socially inappropriate or risk being arrested. If you have a medical fantasy, act out a patient-doctor scenario with your partner. Or if a school fantasy is more your style, pretend to be a teacher and your partner is your student. The scenarios are endless, which makes it always fun.

Ever wonder why people are so insistent to get a lingerie set for their wedding night? Technically, since lingerie is an inanimate object, this one can be referred to as a fetish. But either way, even people who don’t consider themselves kinky often enjoy this common kink. So many women own sexy underwear, a cute teddy, or some stockings. Whip them up and get kinky. Don’t know what to buy? Here’s our guide to lingerie.

Whatever your kink may be, make sure you always are engaging in consensual sex and have fun. Sex doesn’t have to be so damn serious.