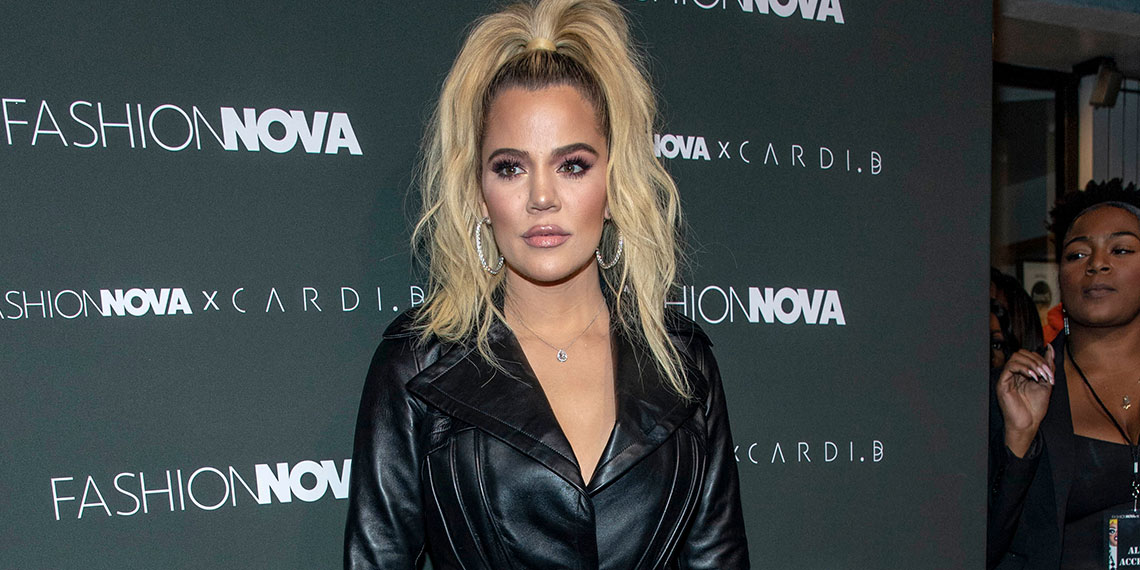 It’s been an interesting year for celebrity news, but oddly enough, the Kardashians have been pretty quiet so far in 2020. Sure, we saw Kendall hanging out with Jordyn Woods’ ex, and Kylie has been buying enough land to build a cult headquarters (just a theory I have), but all of that barely registers compared to the storylines that Kris Jenner has been cooking up for the past 15 years. But we all know Kris works harder than the devil himself, and this week, rumors spread that Khloé Kardashian is having another baby with Tristan.

Yes, that Tristan. As in, Tristan Thompson, who cheated on Khloé just before she gave birth to their first baby together. And the same Tristan who may or may not have hooked up with Jordyn Woods. After that whole fiasco, Khloé dumped Tristan, and aside from the necessary coparenting relationship, we all assumed things were over between them. But with this family, things are never just that simple.

This week, celebrity news outlet GOSSIPOFTHECITY reported that Khloé is expecting a second child with Tristan, and that she’s been hinting on Instagram that the baby is a girl. Okay, not so fast. While this felt like it could be true, and there was definitely some possible evidence here, this report didn’t actually cite any sources other than what Khloé has posted on Instagram. But even with thin evidence at best, we could still analyze what was in front of us.

Like many of us right now, Khloé has been posting a lot of throwbacks on Instagram. While this could just be a side effect of not being able to go anywhere/do anything during quarantine, it’s also reminiscent of Kylie Jenner’s strategy for hiding her entire pregnancy. Khloé has also posted some more current photos of herself, but they’re all cropped pretty close on her face, eliminating any risk of showing a baby bump. These patterns in her posts aren’t proof of anything, but they would make sense if Khloé is, in fact, pregnant.

In addition to the Khloé’s posts of herself, GOSSIPINTHECITY also pointed to her posting lots of pictures of pink things as evidence that her alleged second child is going to be a girl. Yeah, this is gonna be a “you’re reaching” from me. While these fluffy pink clouds are cute, they’re not like, out of character for Khloé’s vibe on social media. KoKo loves posting random sh*t—remember all those nonsense quotes and inspirational posts on her story after the Tristan and Jordyn scandal? The clouds are cool, but I’m not convinced they actually mean anything.

Aside from any potential Instagram clues, the biggest indicator that this might have been real was what Khloé herself has said on TV. On this season of Keeping Up With The Kardashians, which was filmed in the fall of 2019, we’ve seen Tristan rebuilding his relationship with Khloé and her family. While it’s nice to see True’s parents on good terms, Khloé has talked about struggling to set boundaries with Tristan. But we’ve also seen Khloé talk about wanting to give True a sibling sooner rather than later, and that she would be open to using Tristan’s sperm to make that happen. Sorry for that, but I’m just repeating what she said.

On the show, we’ve seen this depicted as an idea that could happen at some point in the future, but that was happening six months ago. Whether Khloé and Tristan went the IVF route, or they had a little baby-making rendezvous, they could easily have another baby on the way at this point. There’s been talk of whether Khloé could be pregnant for weeks now, and today, the rumors reached a fever pitch.

UPDATE: But as the speculation spread around the internet on Wednesday, people started getting a little out of hand. On Twitter, many people criticized her for taking Tristan back or deciding to have another child with him, none of which was ever confirmed. Things got so crazy that Khloé felt the need to address the situation on Twitter:

Funny how picky&choosy some can be with who and how you feel others should live their lives. I believe people should focus on their own lives/families, put energy into bettering the scary world we are currently living in, and try projecting positivity as opposed to nastiness.

The nasty things you’re saying about me over A RUMOR! I have seen so many hurtful/despicable stories and tweets about me over a false story. And if it were true…. it’s MY LIFE, NOT YOURS.

Funny how picky&choosy some can be with who and how you feel others should live their lives. I believe people should focus on their own lives/families, put energy into bettering the scary world we are currently living in, and try projecting positivity as opposed to nastiness.

So uhh, those throwback pictures were fun, but I guess they didn’t mean anything? While Khloé doesn’t get into a lot of specifics, it seems pretty safe to say that she’s not pregnant, and she and Tristan aren’t back together as anything more than True’s parents. This all started out as a fun guessing game about her social media posts—and Khloé doesn’t even really seem pissed about the pregnancy rumor—but it was quickly ruined by trolls who took things too far. Khloé can do whatever she wants in her personal life, and if that includes having another baby with Tristan, then why not? Just because we like talking about these people’s lives doesn’t mean we know everything, and ripping into strangers on Twitter is such a waste of time.