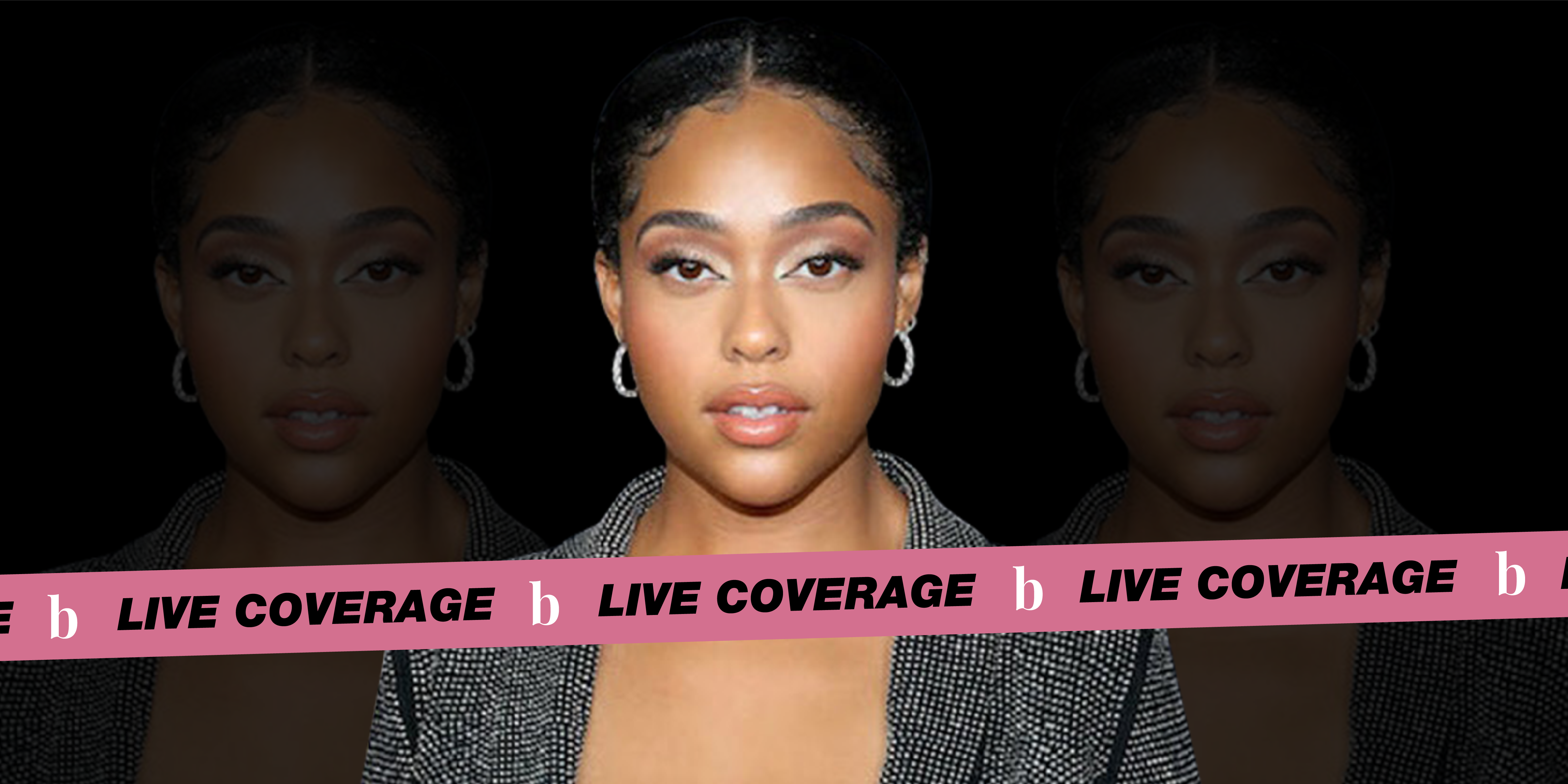 In the history of the world, there are certain pivotal events that we all experience together. Everyone remembers where they were when man first landed on the moon, or Barack Obama was elected President. Today, we are at a crossroads, after which we will never be the same. This saga feels like it has been going on for years, but it’s only been 1o days since news of Jordyn and Tristan’s cheating surfaced. We’ve all been losing our minds over the last week and a half, but today, we should finally get some answers. After the longest 10 days of my life, Jordyn Woods is breaking her silence.

On Tuesday evening, Jordyn Woods sat down with Jada Pinkett Smith to record an interview for Smith’s Red Table Talks show. We still have no idea how this interview will go down. Will Jordyn be apologetic right off the bat? Will she come up with excuses, or use this as an opportunity to spill tea about the Kardashian family? We’ll find out soon. The interview is scheduled to go live today, March 1, at 9AM Pacific, and this is where we’ll be keeping you updated live as the interview unfolds.

AND. WE. ARE. LIVE. Jada immediately tells us that she’s known Jordyn her whole life, because her dad worked on Fresh Prince. This is going to be emotional, I can already tell.

“This is grown woman mess on a ‘mother level.” – JORDYN HAS SPOKEN.

Jordyn is in the kitchen with Jada and her mom, and Will Smith joins us via FaceTime. He obviously loves Jordyn, and tells her that she’s supported. Jordyn is already crying, so this is going to be a long 30 minutes. Will instructs her to “take her medicine, and tell her truth.” He is so f*cking wise.

Jordyn says that Sunday night she went to a bar after dinner with friends. She was minding her own business, but Tristan was there. She says that normal LA culture is to go to someone’s house after being out at a bar. That night, it was Tristan’s house.

Jordyn says that she was hanging out with Tristan, but they never left the party to go to a private area. She says that there were other girls around, and she wishes they would hold themselves accountable, but she doesn’t want them to go through what she’s going through.

She is adamant that she never gave Tristan a lap dance, but she can see why people would say they were “getting cozy.” Her “butt was never sitting on him,” but she had her legs over his legs. Jesus girl, we need a crime scene reenactment.

She is firm in her denial that anything intimate happened between her and Tristan, but she acknowledges that someone in her position shouldn’t be hanging out with Tristan like she was. She admits that she didn’t leave until 6AM, but says she was with other people the whole time. She also says that she was drunk, but has never blacked out in her life. Sure, Jan.

BOOM. Jordyn admits that when she was leaving, Tristan kissed her on the lips. There was no passion, but it still happened. This is important.

Later that day, she was talking to Khloé and Kylie about that night, and she says that she was not honest about the actions that had taken place. Even if she’s telling the truth about not hooking up with Tristan, she lied by omission in that moment.

“DID YOU SLEEP WITH TRISTAN.”

“Never. Attach me to a lie detector, whatever it is, I need people to know the truth.”

Now Jada and Jordyn have pivoted, and are talking about how tough they can have it as black women. This is so, so true, and here’s some insight into how this issue has affected our discussion of this scandal as a whole.

Jordyn says that her family can’t go out in public right now, but I dare anyone reading this to tell me what Jordyn’s mom, or brother, or sister look like. I get that she’s probably been unfairly scapegoated in this whole scandal, but her family isn’t that well-known.

Jordyn reiterates that her main mistake that night was going to the afterparty in the first place. Honestly, that’s how most of my nights out go, so I can relate to this feeling.

She says that she told Kylie she was coming to the Red Table today, and that she has reached out to Khloé to repeat that there was no malicious intent in what happened.

Jada reminds her that there’s a lot of pain happening, so it might take many attempts, and also a good deal of time, for people to feel safe and open enough to let her back in. This is how I feel every time I say I’m never drinking again.

The first question from the fish bowl is if this was a publicity stunt. Jordyn simply says “It’s been real.”

She says that she did apologize to Khloé, but has not been able to see her in person yet. For the third time, she offers to take a lie detector test, even though all those SVU marathons taught me that polygraphs aren’t really that reliable.

Jordyn says that it’s hurtful how many people who she considered friends have taken to social media to bully her. She also says that 90% of the people who have spoken out as sources aren’t her real friends.

So here’s what happened: Jordyn was adamant that she and Tristan never hooked up. She acknowledged that she did things she shouldn’t have, but she never did anything with malicious intent. She’s reached out to Khloé and Kylie, but they haven’t been open to sitting down with her yet. Also, I want Jada Pinkett Smith to be my mom.

UPDATE: Khloé has already responded to Jordyn’s interview with the below tweet:

“Why are you lying @jordynwoods ??” she writes. “If you’re going to try and save yourself by going public, INSTEAD OF CALLING ME PRIVATELY TO APOLOGIZE FIRST, at least be HONEST about your story. BTW, You ARE the reason my family broke up!” YEESH. Safe to say Khloé isn’t buying Jordyn’s story.

What do you all think? Do you believe Tristan gave Jordyn a peck on the lips? Or do you think there’s more to this story?

UPDATE #2: Finally, more than a week after the initial scandal broke, we are finally getting an acknowledgment from Khloé Kardashian that Tristan Thompson is equally responsible for what transpired (or didn’t transpire) between him and Jordyn. In a new tweet she fired off, Kardashian wrote:

Tristan is equally to blame but Tristan is the father of my child. Regardless of what he does to me I won’t do that to my daughter. He has been addressing this situation PRIVATELY. If Tristan were to lie publicly about what conspired,then yes I would address him publicly as well

“Tristan is equally to blame but Tristan is the father of my child. Regardless of what he does to me I won’t do that to my daughter. He has been addressing this situation PRIVATELY. If Tristan were to lie publicly about what conspired,then yes I would address him publicly as well,” she said. Completely wrong choice in wording aside, this is officially EXTREMELY messy. We probably will never know the truth of what actually happened.

What do you think? Do you think Jordyn and Tristan hooked up, or it was just a peck on the lips?