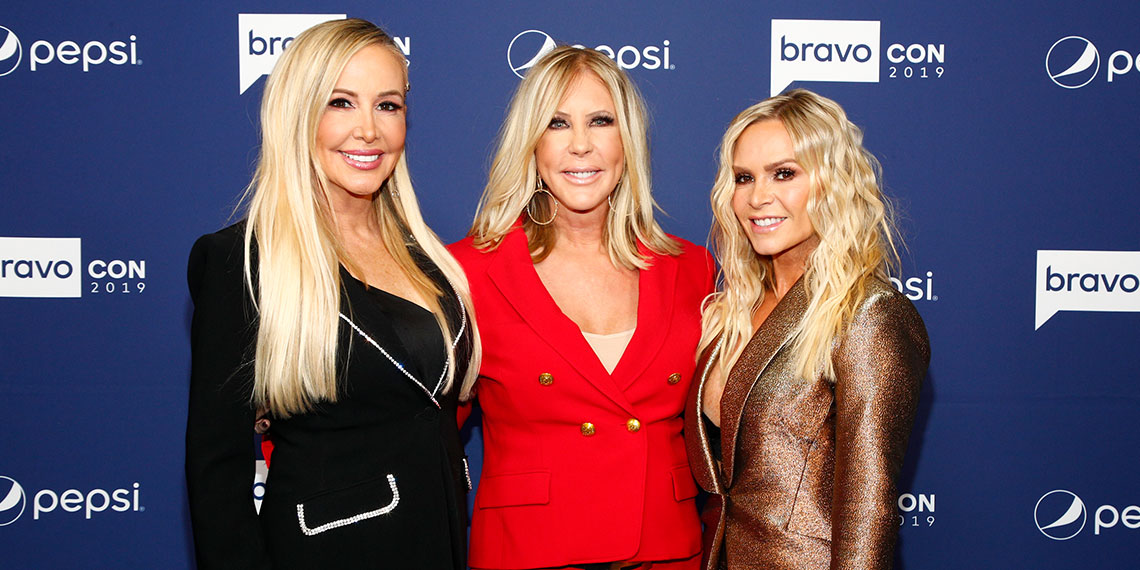 The Tres Amigas Of ‘RHOC’ Are Officially Over

In these trying times, it’s important to maintain normalcy in any way possible. Shower and get dressed every morning, or do an at-home workout. Or in my case, spend the majority of your time thinking about Real Housewives. Just because Bravo has suspended production on its shows doesn’t mean there’s nothing going on in the Bravo-sphere.  There are lots of problematic coronavirus posts, but the most interesting development has to do with the Tres Amigas.

Of course, I’m referring to The Real Housewives of Orange County’s Tamra Judge, Vicki Gunvalson, and Shannon Beador, who have spent the last three seasons as a (mostly) inseparable trio of friends. Some people loved them, many people hated them, but they were a total package deal. Things were bound to change after Tamra and Vicki both announced their departures from RHOC earlier this year, and it looks like the Tres Amigas have officially cracked.

On Sunday, Tamra busted through the coronavirus noise on Instagram with a cryptic quote post that immediately raised some questions. The post says: “Fake friends are like shadows. They follow you in the sun but leave you in the dark.” Wow, that’s deep.

With her firing from RHOC, and her ex-husband’s ongoing battle with Stage 3 throat cancer, it’s no secret that Tamra’s life has been tumultuous lately, but the particular timing of this post was pretty openly shady. It came just hours after Shannon Beador posted a picture hanging out with fellow Housewife Kelly Dodd. Kelly hasn’t been on such good terms with the Tres Amigas recently (Vicki literally sued her), and Kelly and Shannon pretty clearly hated each other at the most recent reunion.

My, how the tables have turned. We’re not even supposed to be seeing people right now, and there Shannon and Kelly are, arms around each other with their respective significant others. In terms of the future of RHOC, this is a good sign, because with Vicki and Tamra leaving, she had to be friends with someone. But clearly her Tres Amigas colleagues aren’t thrilled that Shannon has reconnected with Kelly.

As of right now, both Tamra and Vicki have unfollowed Shannon on Instagram, which means it’s officially just the Dos Amigas now. For what it’s worth, Shannon still follows both of them, but we’ll see how long that lasts. I have a feeling that these friendships have been on the rocks since Vicki and Tamra found out they weren’t being asked back next season, because honestly, who wouldn’t be mad about that? So now they’re stuck at home without their Housewives paychecks, while Shannon is still making money, and hanging out with someone they both hate. Sure, it might be petty, but I can totally see how Shannon posting the photo with Kelly was the final straw for Vicki and Tamra.

It’ll be interesting to see how Shannon and Kelly finally patch up their differences—and if it lasts—but it’s unclear when that will happen. Production started last month for the landmark 15th season of The Real Housewives of Orange County, but depending on how the coronavirus pandemic pans out, we might have a little longer wait than usual. Production shut down last week due to health concerns, and currently all Bravo production is on hold until further notice. Other shows affected include The Real Housewives of New Jersey and Dallas, as well as Southern Charm‘s already-delayed seventh season. Luckily, the New York, Beverly Hills, and Potomac housewives’ upcoming seasons are finished, so at least there’s still something to look forward to.