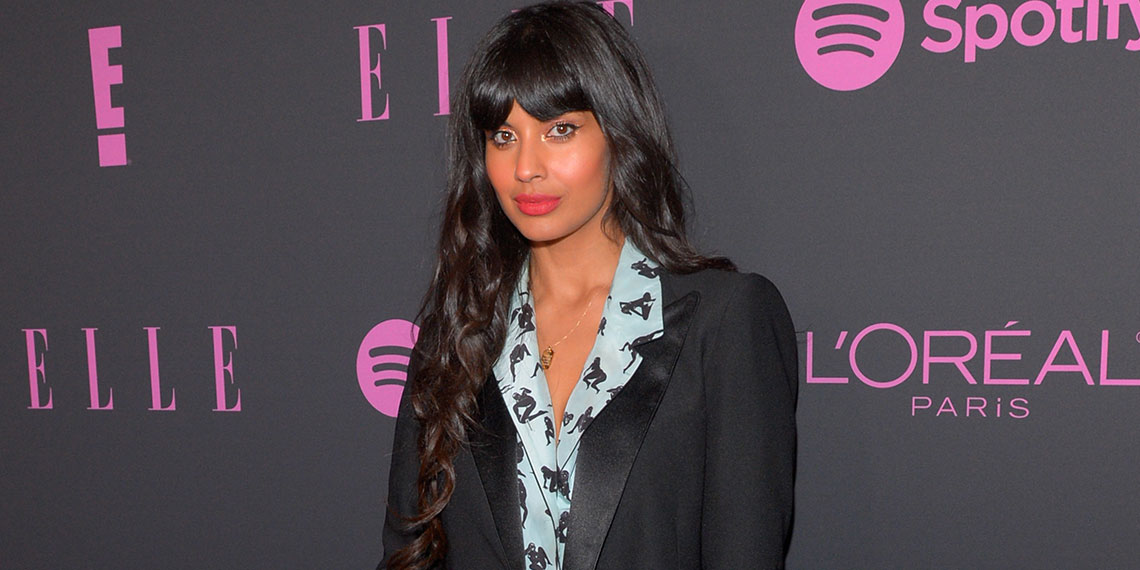 Look, it’s a weird time for everyone right now. With the coronavirus pandemic in full force, we’re all practicing social distancing as much as possible, and it can take a mental toll, making it hard to remember who’s really suffering the most here: celebrities and influencers. Guys, I’m worried for them. The average famous person’s content is approximately 85% pictures of them looking hot in various locations, and right now just isn’t the time. So while the last few days have been a stressful time in the world, it’s been kind of incredible to watch everyone from Real Housewives to A-list celebs scramble to figure out wtf they’re supposed to be saying right now.

Many celebs have done a great job encouraging their fans to make smart choices (Ariana Grande) or kept the mood light (Courteney Cox’s TikTok is lit), but some have stumbled in the past few days, for various reasons. As we enter a self-isolation period for the next couple weeks (at least), I have a feeling the content will only get more deranged. Here are a selection of the most cringeworthy celebrity coronavirus posts I’ve come across.

#morningtea ☕️ Just dropped my kids off at gymnastics camp. They all washed their hands before going in. They are playing and laughing. #businessasusual

A post shared by Evangeline Lilly (@evangelinelillyofficial) on Mar 16, 2020 at 9:45am PDT

As this week has gone on, it really seemed like pretty much everyone had gotten the memo about social distancing. But while most of us have been limiting our outside-the-apartment time to quick walks and grocery runs, apparently some celebs aren’t so into it. On Tuesday, Evangeline Lilly (star of Lost and The Hobbit) posted on Instagram that she had just dropped her kids off at gymnastics camp, pointing out that they washed their hands first. She hashtagged “business as usual”, which is honestly just an asshole move at this point. Like, no, this isn’t business as usual. Millions of people have lost their jobs, the economy is crashing, and people are DYING. Not cute.

Jameela Jamil never met an issue she didn’t have a take on, and coronavirus is obviously no different. In this tweet, which has since been deleted, she pondered whether this GLOBAL PANDEMIC is just a “clap back from Mother Nature” for like, ruining the planet. Okay, woof. Is climate change a global crisis that we all need to be worried about? Absolutely. But coronavirus is a totally separate issue, and I’m pretty sure Jameela knows that. But yeah, Mother Nature is gonna f*ck us all up—you heard it here first!

I know today is pretty crazy and aside from staying safe it’s also important to stay calm and try have as normal a day/week/month as we can.  If you are sitting on the couch wondering what to do like me, maybe you want to check out some of these bathroom pics. Haha. It’s helping me! To check out the full renovation head to the link in my bio. @getclever @archdigest . More special thanks to the beyond talented @marieflaniganinteriors for helping us make our vision come to life. And to @ariastonegallery for the gorgeous stone, @bedrosianstile for the Cloe Collection tile and @marco_lorenzetto for the awesome piece of artwork. Photography by @juliesoefer. Styling by @elkin.

Feeling stressed about corona? Same girl! Luckily, you can check out pics of Whitney Port’s bathroom! Thank god for this, I’m totally not stressed anymore. Like I said before, this is going to be a weird time for influencers to know what to do with their normal, self-centered content, and this is maybe not the way to do it. This whole post has big “Kim, there’s people that are dying” energy.

Italy has seriously been hurting lately, and some heartwarming videos of Italians singing together from their windows went viral. It’s a beautiful show of strength in a desperate time—but they weren’t singing Katy Perry. The singing video quickly became a meme, with Twitter users dubbing it with everything from Nicki Minaj to Real Housewives fights. Katy Perry didn’t get the meme memo, and shared a fan-made video of “Roar”, thinking it was real. To make matters worse, she used the Hungarian flag instead of the Italian one. A swing and a miss. Needless to say, this tweet was deleted.

More people die from Viagra (heart attacks and drug overdose) everyday than this Corona virus 🦠. People here are frantic because government is ridiculous with 🔒down !!!! Sorry Lock down not for me Never again !!!!! Stay safe 🌎 eat healthy, exercise, and no shaking hands . 🧼 👏! #coronavirus #staysafeoutthere #lockdownnotcool #awarenessiskey #washhands

Speaking of Italy, we have boots on the ground thanks to one Joe Giudice. He’s been living there since ICE deported him last year, but as the country went on lockdown last week, he didn’t really seem to get what was going on. In a truly wild Instagram caption, he claimed that “More people die from Viagra (heart attacks and drug overdose)” than coronavirus, and that he won’t be put on lockdown ever again. From his subsequent posts, it seems like he might be taking things a bit more seriously, but I don’t love how much time he’s spending outside. Joe—go inside!!!

Yes, meaning I’m not going to isolate myself inside alone for weeks. I’m sorry. It’s not going to happen and anyone who follows me will see that. I pray this virus passes soon and we can all go back to living our best lives. On that note, goodbye for now twitter 🌍 https://t.co/HTs3LMtkM5

We’re all learning through this crisis, and at least some people have owned their mistakes. On Saturday, Vanderpump Rules star Scheana Shay posted a series of tweets in which she mocked people staying at home. She got dragged in her replies, and luckily she figured out that she had f*cked up. In later tweets, she said that she had just gotten home from a work trip, and hadn’t been following the progression of the crisis. She made it clear that she “now understands the severity of our current predicament,” which like, good. Scheana is carrying Pump Rules on her back right now, so we can’t have anything happening to her.

In light of the present state, I will be not be posting on Instagram for a while. This is a time for me to focus on my girls and my family. I am thinking of all of us, and you. Thank you for supporting me for so long. It means a lot. Be careful and practice #socialdistancing

Wrapping up our Bravo portion, we must talk about Kelly Bensimon. The former RHONY star has been on a real journey over the past few days, and it might be the best thing that’s happened this week. A few days ago, Kelly posted that she would be taking a break from social media “in light of the present state.” That’s all well and good, but then she ended the post with the hashtag #socialdistancing. Wait, does Kelly think that social distancing is about Instagram?

But it looks like someone clued her in, because she’s back on the ‘gram already! The very next day, Kelly posted the world’s blurriest selfie, wearing a mask on an airplane (double yikes), saying that she “made a mistake and have made a decision to be in this with you.” Lmao, a queen. To be honest, I can’t get over this photo—the deadness in her eyes is something I feel on a deep level right now. Let’s keep checking on Kelly to make sure she doesn’t lose her sh*t.

Hey guys, I made a mistake and have made a decision to be in this with you. When I get afraid, I tend to hide and revert. We are all in this together. So. I’m going to continue to post. Keep criticizing and making me better. Thank you for pushing me out of my comfort zone. Love you, kkb

Broadway’s Laura Osnes is offering what she describes as a “CoronaClearance” and lowering her Cameo fee from $75 to $50.

Broadway stars can be messy too! Yesterday, Tony-nominated actress Laura Osnes announced that she would temporarily be lowering the price on her Cameo account, as a special “corona clearance” for her fans. I am… speechless. KIM, THERE’S PEOPLE THAT ARE DYING. I totally get that she needs to pay her bills, but so do the thousands of theatre workers that are going to be out of work for weeks, if not months. These people don’t need to be spending their money on a discounted Cameo right now, sorry Laura.

Clearly, the celebrities are not doing amazing right now, and things are only going to get weirder. Stay sane out there, and remember that we’re all staying inside for a reason.