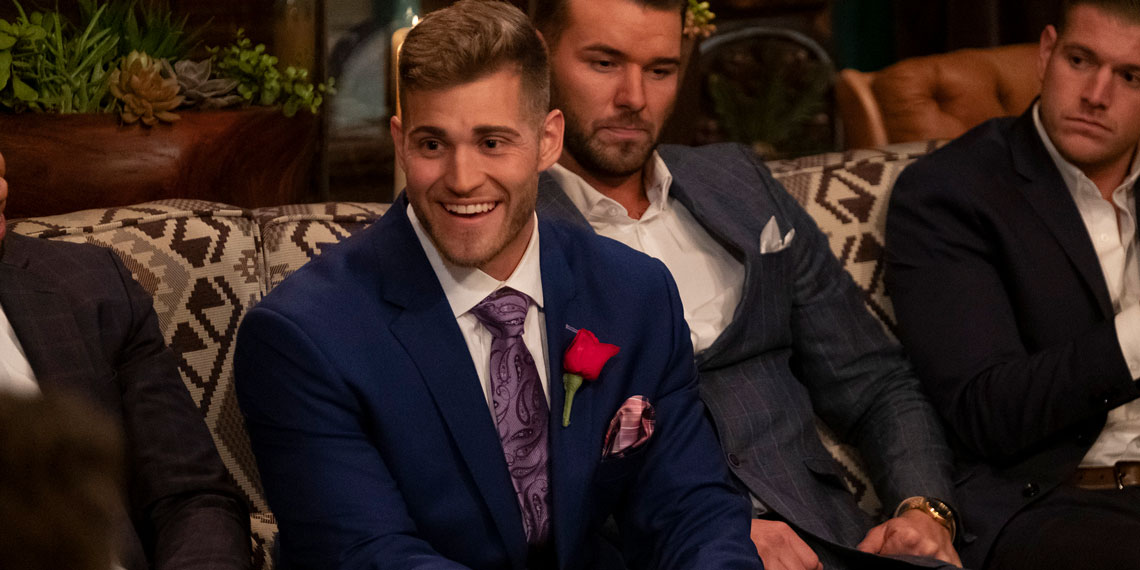 The Most Garbage Men To Compete On ‘The Bachelorette’, Ranked

In case you haven’t been paying attention, The Bachelorette is not a show about finding love. It is not a show about reality. It is a money-making empire designed to f*ck with our feelings, pad Mike Fleiss’ dirty, shameful pockets, and pluck a few pretty people from obscurity and throw them into moderate internet fame. For the few of you that still believed, I’m sorry I ruined the show for you, and also my pal Jack just sold me some magic beans I think you might be interested in! Venmo me!

Because it’s a TV show designed to bring in viewers, obviously the producers try to pick contestants that will bring the drama. But lately, instead of bringing the drama, they have been bringing the sex offenders, the racists, the cheaters, and the misogynists. I’m not sure if they’re stupid or just don’t give a sh*t. One day I’d like to investigate that, so if you’re a Bachelor producer please hit me up, and also I’m sorry I just called you lazy and stupid. And I’m sorry for repeating it here now. So, I decided to take a look back at some of the worst contestants to ever grace The Bachelorette, ranked from “you’re a douche” to “I’m calling the police. Oh wait, someone else already did.” Let us begin!

Bentley is a throwback to the simpler days, when reality TV show villains were just your garden-variety f*ckboys, instead of your garden-variety convicted felons. My, how times have changed! Bentley was on Ashley Hebert’s season way back in 2011, a beautiful time when my parents still paid for everything and three drinks didn’t make me throw up. Bentley went into the season hoping the Bachelorette would be Emily Maynard, and when it wasn’t, decided to have his fun, pretend to be into Ashley, and emotionally torture her instead. A man after my own heart. He called breaking up with Ashley a “huge performance,” and said she was an “ugly duckling.” Yes, I also can’t believe this guy made it to the “best” spot on my list.

I’m locking it up.

Be nice to this one, Bentley!

Chad Johnson, aka Mr. Meats, showed up to Jojo’s season of The Bachelorette with an unsettling smile, a lot of rage, and likely, the steroids he smuggled through security up his butt. He outwardly sneered at the other men, and looked down on them for being on a reality show… that he was also on. He also threatened to “cut everyone’s arms and legs off” which is apparently a “violently inappropriate” phrase, according to the official reprimand I received from my office that one time.

And as if all that wasn’t enough, Chad then went to Paradise, shat his pants, and was kicked off for “offensive antics”, which included the aforementioned pants sh*tting, and telling Chris Harrison, the Godfather himself, “f*ck you.” Single ladies, this is what we have left! And he was “vetted”!

I’m not sure why I work so hard in the gym. But this is my arm. And it’s fuckin big. And I like it.

So I guess he’s still hitting the steroids pretty hard

I’m not going to waste too much time on Jed, because we already know he went on The Bachelorette with the intention of getting famous and returning to his girlfriend when he was done. You ain’t sh*t, Jed. Also, everyone goes on this show to get famous, but Jed was just too stupid to to hide it. Try harder, Jed! It makes it even worse that we know he’s in the final three. At least have the grace to see yourself out before the fantasy suite, you two-timing Tim McGraw wannabe.

Also every time he sang the words “I want to be your Mr. Right” it sent a violent shiver down my spine and an angel lost her wings.

I should have known he was a cat person.

While Becca’s season was on, it was revealed that Garrett had liked a number of problematic Instagram posts. So, instead of ending up with a middle-aged, washed-up race car driver with a limited vocabulary, she ended up with a dude who thinks the Parkland students are crisis actors and probably says things about her friends like, “they’re a 2 at 10 and a 10 at 2!” Becca got so lucky.

Loved working with @wayfair Registry to get everything we needed for Becca and my new Carlsbad pad! We were able to blend both of our styles to make this new city feel like home. Link in bio to shop the space and head over to the @wayfair page today for some fun behind the scenes photos from the makeover! #wayfairwedding #wayfairathome #partner

He took up way too much of our time at the Men Tell All, so I’ll just say that this list is so bad that slut-shamers land solidly in the middle. Congrats, Luke! You’re not the most vile! And that’s the nicest thing I’ll ever say about you.

Rachel’s season of The Bachelorette was historic—she was the first black Bachelorette in the history of the franchise. To celebrate, the producers rewarded her with a suitor that was racist. So sweet! Again I ask, are the producers lazy, or just stupid, or are they actually all puppies dressed in suits pretending to run background checks? Twitter is not the dark web! It is pretty easy to find out if one of your contestants has tweeted that, say, Black Lives Matter is a terrorist group, or, maybe, really hates women. As my mother says to me when she’s found the man I’m dating has fathered multiple children, “did you not just conduct a simple Google search?”

I WOULD SUGGEST YOU CONDUCT A SIMPLE GOOGLE SEARCH, ABC.

Mornin, y’all! It’s #internationalselfcareday #tacotuesday and #nationaltequiladay. This is getting out of hand. From the beard look and my favorite coffee cup, it’s safely said, I’ve yet to take part in either.

We’ve now moved into the sexual harassment portion of the article. Leo was the romance novel cover model (I could be making that up, but it’s true in my brain), who finished in the top six on Becca’s season. Then he went to Paradise where he proceeded to try and fight America’s Sweetheart, Grocery Store Joe. After he left the show, Bekah Martinez revealed screenshots of a woman accusing him of sexual harassment. Leo’s response was “I’m sorry that girl was offended that I assaulted her,” (I paraphrase), and then proceeded to threaten Bekah with a lawsuit as all truly innocent people do.

Just play to your strengths boys that’s all any of us can do ??? #pastels #got #drogo #realfunnyguys #funnyvideos #oldtownroad #healthyfood #drinks #cocacola

And finally we have Lincoln, who was actually CONVICTED of indecent assault after attacking a woman on a cruise ship, and is required to register as a sex offender. They let a sex offender pursue our Bachelorette! People think I’m extreme for bookmarking the sex offender registry, but I think ABC producers would really benefit from having a look at my browsing history. It would save everyone a lot of lawsuits trouble. Oh, yeah, and this guy used to sh*t on the floor at work. That’s too many contestants that have trouble controlling their bowels, man.

With the recent increase in gas prices in LA, I've discovered an affordable alternative method of transportation ???? • • •#quayaustralia#bird#losangeles#venicebeach#summer#beach#gq#fashion#adventure#picoftheday#explore#sunset_stream

His last post was over a year ago, because he’s in jail, I presume?

I’m sure I’m forgetting so many trash men that have been vetted and let on this show for our entertainment, but I only have so much time, energy, and brain power that I can dedicate to this show before it melts my organs. Throw the losers I forgot in the comments, please!