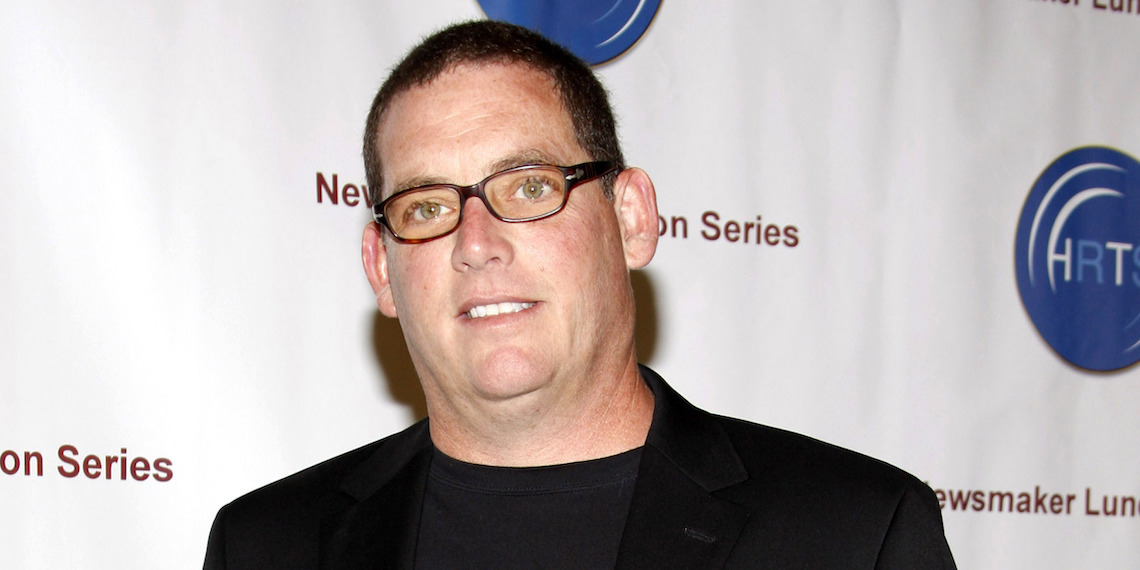 UPDATED: These Allegations About Mike Fleiss Are Scary AF

UPDATE: Over the weekend, we were all surprised when Laura Fleiss, wife of Bachelor creator Mike Fleiss, posted a series of tweets, publicly addressing the reports of domestic violence from this past summer for the first time.

In July, Laura Fleiss filed an emergency domestic violence restraining order against Mike after an incident in which she alleged he demanded she get an abortion, then physically assaulted her. Along with photos of her bruises, Laura made detailed statements about Mike’s verbally and sometimes physically abusive tendencies. According to her statements, this specific altercation turned violent when Mike took Laura’s phone, and she tried to chase after him.

After hearing all of this, you can imagine our reaction when, this Sunday, Laura Fleiss took to Twitter to basically say that none of that really happened. In a series of messages, she called reports of domestic violence “erroneous,” and instead acknowledged that “There was an emotionally charged incident in which we fought over a phone and both exhibited immature and irresponsible behavior. This situation led to making rash decisions we both regret…”

Over the summer, my husband and I went through a challenging time, as all marriages do. There was an emotionally charged incident in which we fought over a phone and both exhibited immature and irresponsible behavior. This situation led to making rash decisions we both regret…

However, I would like to correct the erroneous reporting that my husband intentionally tried to attack and hurt me. That is untrue. We both take full responsibility for our actions and have worked very hard to repair the damage to our relationship and family…

…and are working together with the help of a marriage counselor to rebuild what we lost. I love @fleissmeister and our kids very much. We appreciate your support at this time.

Umm, wow. Obviously, none of us were there on that night in July, but this is certainly a 180º turn from how Laura described the incident at the time. She says that they “both take full responsibility” for what happened, and that they’re now working with a marriage counselor to “rebuild what we lost.” What’s also disturbing is that Laura created her Twitter account in November, and seeing as it’s only November 4th, it basically means she created a Twitter JUST to tweet out these messages. And Mike is the only person she follows…

Mike also tweeted a similar message, after retweeting Laura’s tweets. He wrote, “Happy to report that @FleissLaura and I have reconciled. I love my wife and am grateful for this opportunity to work on our marriage… Thanks for the support, #BachelorNation!” This tweet is all kinds of disgusting, and the replies on Twitter are quick to point out how disturbing and creepy this whole Twitter cover-up is.

Happy to report that @FleissLaura and I have reconciled. I love my wife and am grateful for this opportunity to work on our marriage… Thanks for the support, #BachelorNation!

As much as I want to believe that everything is totally fine here, and that things over the summer were just blown out of proportion, I feel extremely nervous about this situation. Mike Fleiss is a man with a lot of money and power, and we’ve heard from other people that he’s not the best guy. According to loveisrespect.org, studies have shown that it can take victims of domestic abuse return to their abusers an average of seven times before leaving for good, and the National Coalition Against Domestic Violence says that a victim is in the most danger when they decide to leave their abuser. Even though the Fleiss’s insist everything is fine, this entire situation is extremely concerning. We hope Laura has a strong support system in place, and that she and her child stay safe.

It seems like this season of The Bachelorette, all we’ve been hearing are stories about how the men vying for Hannah’s heart actually have a backup girlfriend back home in case their Flat Tummy Tea sponsorships don’t work out. First with Jed and his Nashville singer/songwriter Plan B, and then with Peter the Pilot and his hoes in other area codes. I would say “newsflash: men are trash” but can it really be a newsflash if this happens literally every day? But as it turns out, the biggest piece of trash to come out of The Bachelor franchise might not even be Jed, or Peter, or that one contestant who was actually a sex offender: it might be Mike Fleiss, the show’s creator.

Yesterday, Fleiss’ wife, Laura, filed for an emergency domestic violence restraining order after she claims her husband violently attacked her and then “demanded” she get an abortion over the July 4th weekend. She claims that in an altercation about her cell phone, Mike grabbed her body and “forcibly pinned me up against the wall and held me there.” After she broke free, she says he “continued to use his arms and hands to aggressively push me away from him as he walked outside the door.”

The incident, which allegedly took place in their Hawaii home, occurred while Laura was 10 weeks pregnant with their second child, AND she’s saying that the entire thing was caught on security cameras. If that’s not karmic payback for trying to fabricate a sexual assault on Bachelor in Paradise to boost ratings two seasons ago, then I don’t know what is!

In documents obtained by The Blast, Laura claims that prior to the July 4th incident, Fleiss threatened her with divorce if she didn’t get an abortion, and that he used the threat of divorce multiple times throughout the marriage. She claims that Mike told her things like “I am cutting you off financially Monday morning,” and “Next time I see you, I don’t want to see your stomach,” and “You have a choice, you can choose. Have an abortion or go back to Wisconsin, but you are not taking Ben .”

The former Miss Wisconsin and 2012 Miss America winner goes on to say:

“Over the past several years of our marriage, Mike has made many emotionally derogatory and demeaning comments designed to demonstrate his financial coercive control over me such as repeatedly insinuating that he would destroy me with his wealth and power. Within that last year, he has verbally abused me many times telling me that I am going to end up ‘fat and single in Kenosha, Wisconsin,’ with the usual follow-up comment of ‘Good luck with that.’ He consistently would call me ‘fat,’ telling me that I need to lose weight, and berate me as being ‘lazy’ and ‘incapable.’ He has made these comments in the presence of our son Ben… The continued verbal and emotional abuse have wreaked havoc on my self-esteem. I have spent time in therapy discussing the effects upon me of Mike’s demanding and denigrating comments.”

But ! The ! Tea ! Continues ! To ! Spill ! After a Los Angeles judge granted Laura a temporary restraining order against Mike, in which he can have no direct or indirect contact with her and must stay at least 100 yards away from her at all times, Mike filed his own declaration denying her claims and requesting primary custody of their 4-year-old son, Ben. He alleges that she was the aggressor and that she physically attacked him. So, let me get this straight. Even though Laura is the only one with documented injuries, she is somehow to blame for this entire incident?  Seriously? What kind of a fool do you take us for, Mikey? Just because you can trick us into watching your show two hours a week every week doesn’t mean you can trick us into believing this!

Okay, so this is…a lot to unpack. Like, more to unpack than my feelings regarding Mark Consuelos being written in as a series regular on Riverdale. First and foremost, I’m glad Laura, her son, and unborn child are doing okay. Mike has been ordered to move out of their Hawaii home, which feels like a good first step in their healing process.

Secondly, I want to say I’m surprised that the man who makes millions off of manipulating American women into believing that people with 20K Insta followers are actually going on reality TV to “find love” and not a sponsorship deal would also be the kind of guy who threatens to punch his pregnant wife. Oh, wait. I mean I’m NOT surprised. AT ALL. What I am surprised about his how long it took for us to learn his true colors.

I’m not buying his “I’m the victim here” story for one f*cking second, and neither should you. The photos of Laura’s injuries and the footage of the alleged incident captured by the couple’s home security cameras are damning, to say the least. And even if there wasn’t documented evidence of the alleged assault, let’s not forget that this is a man who has willfully ignored toxic behavior of contestants and cast literal sex offenders, so why should his personal life be any different?

Stay tuned for more updates as the story unfolds because, trust me, there will be more tea to be spilled. Let’s see if Mike Fleiss will end up in a cell with Chris Soules, Lincoln Adim, or Amanda Stanton!