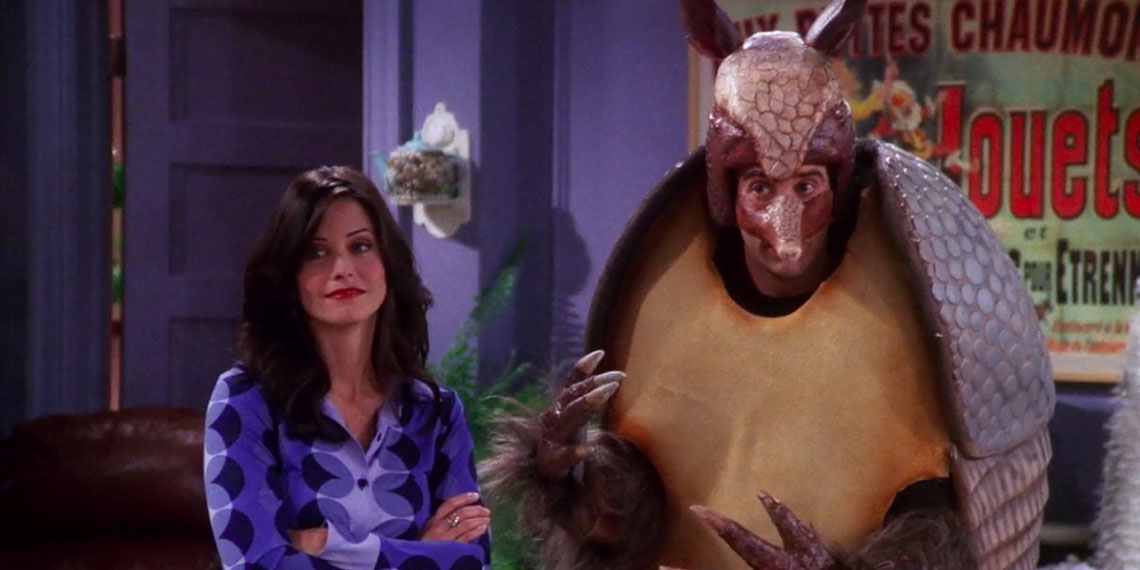 The Best Christmas Episodes Of Our Favorite TV Shows

Christmas is arguably the best time of year for many people. Between the lights and decorations, candy canes being handed out around the city, and holiday songs all over the radio, it’s impossible to escape the festivities. Sorry if you’re a grinch. But for me, I LOVE Christmas. As a Jewish betch, I never had the holiday thrust upon me. Instead, I experienced the complete opposite, which only made me want it more. Naturally, I love all things Christmas. But my all time favorite thing is holiday episodes of the best TV shows (bonus points if I’m eating something peppermint during). Lucky for you, I compiled a list of the best Christmas episodes of our (mine?) favorite TV shows to get you in the holiday spirit.

1. ‘Friends’, “The One with the Holiday Armadillo”

As a die-hard Friends fan, this episode had to be number one. Over their 10 seasons, the 6 friends experienced all holidays together, including Christmas, Hannukah, and Thanksgiving. “The One with the Holiday Armadillo” (Season 7, Episode 10) is a holiday classic that earned its spot at number 1 on my list of best Christmas episodes. If you’re feeling rather New Year’s Eve-inspired, watch “The One with the Routine” (Season 6, Episode 10) and you won’t be disappointed. After a minor scare that Friends was leaving Netflix, rest assured it is not and will provide you with tons of holiday entertainment.

The O.C. is an amazing show, no one argue with me on this. Everyone knows the earlier seasons are better and once something terrible happens (no spoilers here so if you know, you know), the show went downhill. That’s why the OG holiday episode (Season 1, Episode 13) where Seth introduces the world to Chrismukkah (his “invention” of Christmas and Hannukah) is one of the best Christmas episodes that’s ever aired. TBH I wish I was half as passionate about something as Seth is about Chrismukkah.

I have to say, I’m not a huge Office fan, BUT they do know how to produce great Christmas episodes. This episode (Season 2, Episode 10) premiered v early on in the series. It lays the groundwork for tons of inside jokes and references for later episodes. My fav part is when Michael says …

…and I honestly couldn’t relate more as I continue to procrastinate holiday shopping. Like, how much is your mom worth to you in dollars? LMK.

This episode (Season 4, Episode 10) is not only a great Christmas special but a crucial moment in Leslie’s storyline as a character. She forms a citizen action group that kick-starts her political career. As for the other characters, they spend time trying to figure out what to get her for the holiday. They decide on a giant gingerbread house of the office. Not sure about you but it doesn’t get much more “Christmasy” than gingerbread, gumdrops, and candy canes.

Christmas on the Upper East side sounds fabulous and I’m v jealous. Like all episodes, this one (Season 1, Episode 11) is filled with drama and tons of gossip. This episode really does feel like Christmas, between a father introducing his gay lover to his family, an ex resurfacing, or the fear of someone spilling your secrets. Just like Thanksgiving, whenever family gets together, drama is always on the table.

Happy holidays from us to you. Hope your Christmas is just as eventful as these best Christmas episodes.