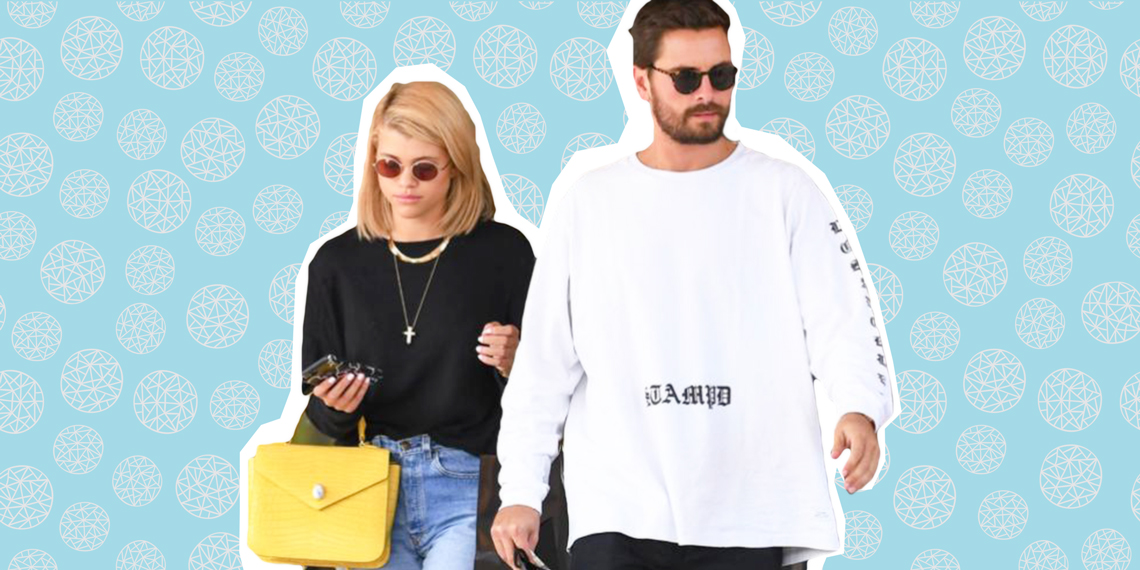 Are Scott Disick And Sofia Richie Still Together? It May Be Getting Serious

Is it really April already? Well, I guess that means it’s time for my quarterly check-in on all my favorite celebrity couples. Now that Channing Tatum and Jenna Dewan have been checked off, let’s move down the list. It’s been a while since we last paid any attention to Scott Disick and Sofia Richie, so how is our favorite douchebag/thirst trap couple doing? Are things more serious than when we last talked about them? Join me as I dig through Instagram and the depths of the internet to figure out what’s happening in the Lord’s world.

Scott Disick and Sofia Richie are definitely still together, and overall it seems like they’re doing well. In fact, Scott just purchased a new mansion this week (same), and rumor has it that Sofia could be moving in. It wouldn’t be shocking, considering that they first started hanging out almost a year ago. As Ferris Bueller once said, life moves pretty fast, and if you don’t stop and look around once in a while, you could miss Scott Disick dumping one teenager and falling in love with another one. They’ve kept it pretty cool on social media recently, but Sofia did post two pictures with Scott in the last couple months, one for Valentine’s Day and the other just because they were getting on a private jet. Funny, this sounds just like my last relationship.

Perhaps the most interesting recent development in the world of Scott Disick and Sofia Richie is on Sofia’s Instagram. In her last couple posts with Scott, she’s made the decision to turn off commenting. Shady AF, right? It would be easy to think this might mean trouble, but not so fast. To understand why Sofia would do this, let’s examine some comments on past photos she’s posted with Scott:

“Babysitting must be fun ????” – Okay, I must admit I’m confused by the emoji choice here. Does this commenter actually think babysitting sounds fun? Because it’s fucking not, and I learned that the hard way when I was 17.

“How is your actual dad ok with this? A 19 year old should not be with a 40 year old! but apparently in the world of ‘I’m rich and famous’ that doesn’t matter” – Isn’t this fun! First of all, Scott is 34, not 40, so back the fuck off. Also, if you would just do one Google search, you’d know that Lionel Richie has already voiced his opinions on Scott Disick and Sofia Richie dating. (Spoiler: he is not a fan.)

“Does anyone else see how she’s just a green eyed version of Kourtney, or is that just me? ????” – Um, no? Kourtney and Sofia look nothing alike, and I’m sure Sofia really appreciates Scott’s ex being talked about all over her photo.

“Hes a grown man wtf is he thinking” – Pretty sure that he’s thinking, “she’s fucking hot, 10/10 would smash.” Pro tip: It’s usually not that hard to figure out what straight men are thinking.

Okay, so I now completely understand why Sofia is turning off her comments, and I’m sorry I ever insinuated that it was shady. Seriously, what the fuck is wrong with people? These are the kinds of things you say to your friends in the group chat, not on the Instagram account of the person you’re talking shit about. Just because she’s famous doesn’t mean you shouldn’t follow the rules of talking shit. As Countess Luann would say, don’t break the girl code.

Scott, on the other hand, hasn’t posted a picture of Sofia in over a month, which is a little suspect. In fact, he’s only ever posted a few pictures with Sofia on Instagram, which adds fuel to our past theory that Sofia is way more into it than Scott. Scott is definitely one of those guys who cares way more about his own image than what people think of his relationship, and it shows in his Instagram. Basically everything he posts is either a watch or a car, and even the last pictures he posted of Sofia were a helicopter landed on a yacht and her driving an old Mercedes. Scott Disick is literally just a grownup version of Rich Kids of Instagram, and his Rolex addiction will always come first.

So are Scott Disick and Sofia Richie serious about each other? It kind of seems like it, but it’s also pretty hard to tell. I think it’s a miracle that they’ve made it this long, but they’re both hot and rich so they’re not exactly struggling. In my mind, Sofia moving in (or not) will be a big indicator of where this is headed. If she doesn’t move into the house, then they’re probably just glorified fuck buddies who have a mutual love of yachts, and that’s okay too. If things don’t work out, Scott will always have Bella Thorne.