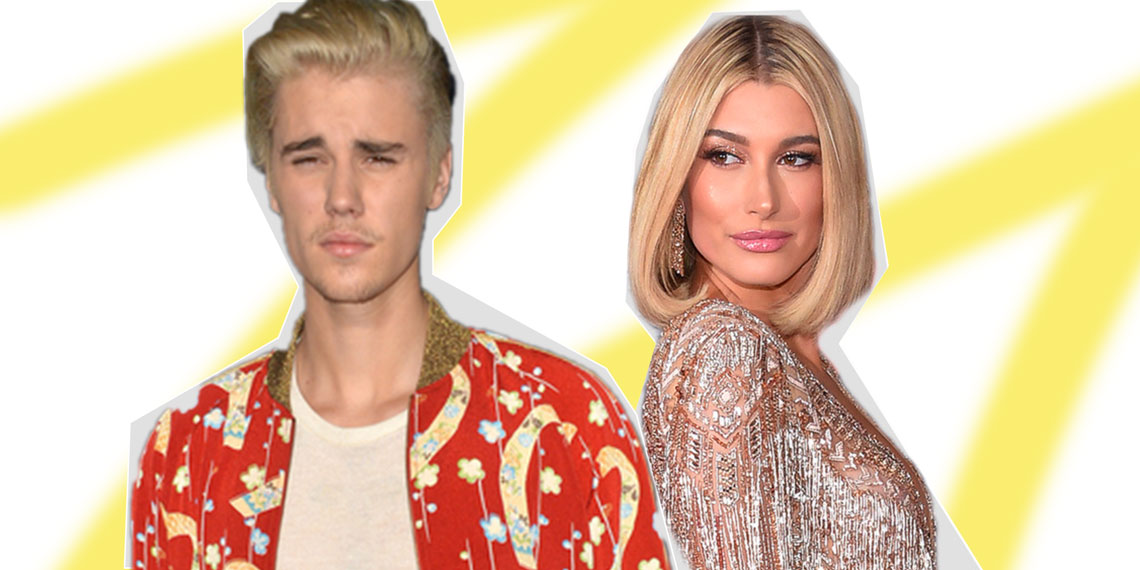 New Celebrity Couples We Don’t See Lasting Through The Summer

Is it just me, or is it getting harder and harder to keep up with new celebrity couples? While some couples are all over Instagram with each other, others play it so low-key that you have to dig through tabloids and paparazzi photos to even know if they’re still hanging out. There have been some interesting new celebrity couples recently, but I’m not convinced that all of them will last until the end of this sentence. Who’s bound to get engaged, and who’s just fucking around? These are my predictions about some of the most interesting new celebrity couples. I don’t have a crystal ball or anything, so lmk in the comments if you think any of my guesses are wrong. I can’t promise to care, though.

Once-upon-a-time fuckbuddies Hailey and Justin have recently reignited their relationship, and it seems to be going well. After they were spotted making out all over NYC, they’ve been seen hanging out more, including going to church together in LA. That’s a favorite date activity for Justin, but does it mean that he’s serious about Hailey? I have to say, the fact that they’re currently rocking the exact same haircut is both cute and disgusting. I think they’re having fun for the summer, but Justin will get distracted by the time Labor Day rolls around.

I’ve already spent way too much mental energy on Pete and Ariana’s absurd relationship, so I won’t rehash all the details here. Despite the questionable timeline of their relationship and engagement, I actually think they could be the real deal. Assuming they don’t fuck things up by getting married too soon, I could see them being together for a long time. Like, years. But also maybe they could cool it with the Instagram posts, just a little?

one more for the queen. words can’t express what a real fucking treasure this one is ????

Dakota and Chris have been dating since last fall, so they’re the least new couple on this list, but we also know very little about them. I respect that they want to keep things private, but I’d also like more details please. Sources say they’ve been getting serious and that Dakota has recently been spending a lot of time at Chris’ place in Malibu. Dakota seems like kind of a wet blanket, but considering that Chris spent years with Gwyneth Paltrow, Dakota probably seems like Snooki in comparison. I see this relationship lasting for another six months to a year, but I doubt this will end in a wedding.

We already discussed how the youngest Hadid was seen hanging out with this French-Tunisian model just days after making out with Kendall Jenner. Are they dating? Is this the beginning of a relationship? I have no idea, but I’m predicting one of two things: either Anwar has already blocked Sonia’s number and moved on to someone new, or they will be together for a long time. Actually no, I’m definitely going with the first one. He’s too young and too pretty to settle down, and he just got out of a serious relationship. Anwar is definitely DTF with any hot model right now.

#anwarhadid and #soniabenammar ???? Anwar was seen with Kendall while kissing just two weeks ago!? ???? What do you think about this?

It’s been nearly a month since Kendall Jenner was first seen hanging out with NBA Rookie of the Year Ben Simmons, and a lot has happened. Mainly, things were complicated when Kendall was seen making out with Anwar Hadid earlier this month. This all feels so incestuous, but I’m also turned on? Since her night out with Anwar, Kendall has been seen with Ben multiple times, signaling that they’re at least a little serious. They even went grocery shopping together, which is such an adult choice of activities. Idk if Kendall is in the mood for anything major, but it’s the off-season for Ben, so it makes sense for them to have fun. Who knows, Maybe Kendall is destined to become a basketball wife?

This is truly one of the most random celebrity couples in recent memory, but they’re looking more and more real. After attending the Met Gala “as friends,” Nick and Priyanka quickly evolved into an It Couple, and now there are even rumors that they’re going to get engaged soon. I still feel strongly that Nick Jonas is meant to end up with me, so I can’t say I’m a fan, but Priyanka is an amazing catch. I can also see Nick getting along well with someone older, so maybe this couple is really going to last. I’m calling it now, they’re going to have beautiful babies together.

#priyankachopra and #nickjonas spotted in NYC on June 13th ????