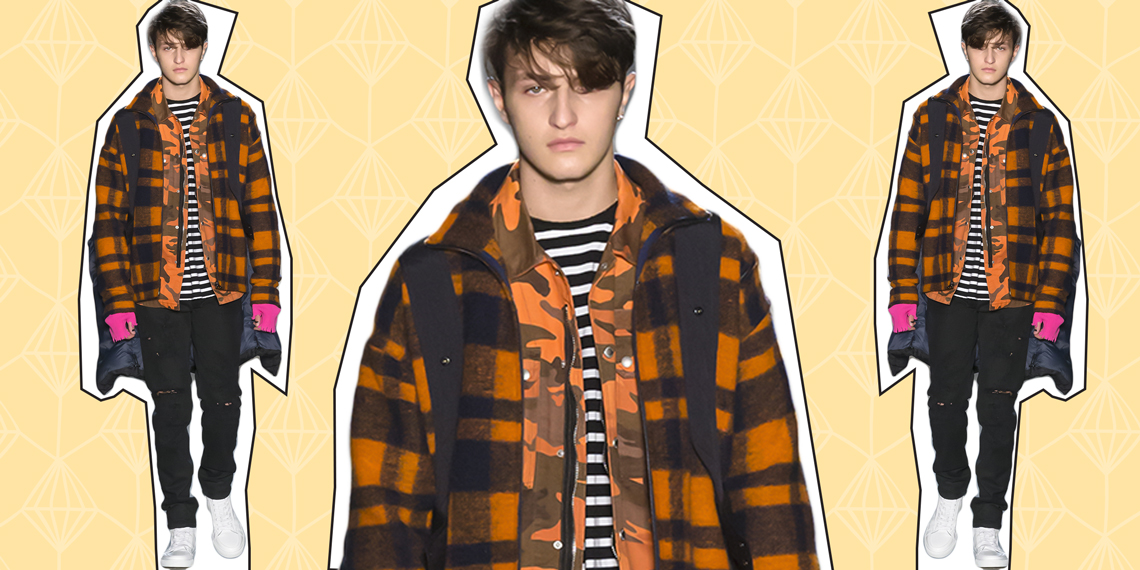 Is It Time To Care About Anwar Hadid?

At this point, I’ve accepted that the Hadid sisters are just a part of my life. Gigi and Bella obviously have no clue I exist, but that doesn’t stop me from watching all their Instagram stories and Googling “Bella Hadid The Weeknd together” once every couple of weeks. You know, gotta check up on my fav couples of yesteryear. Until now, Bella and Gigi are the only Hadids I’ve really cared about (sorry Yolanda, you were never my favorite Housewife), but there’s a new day dawning—their brother Anwar Hadid is fully grown, and he’s making news all on his own.

First of all, Anwar Hadid is hot. He’s a model, because obviously everyone in this family was blessed by the hand of God (or a plastic surgeon @Bella). He currently has bleached blonde hair, which I’m into because he looks 10% like a strung-out homeless guy, and that is my truest type. I am the worst, and that is my truth. Anwar turned 19 last week, which makes sense because the most interesting famous people are usually too young to drink. Bella Thorne, I’m looking at you. Being an attractive model isn’t that special, but Anwar’s recent dating activity has put him on our radar in a whole new way, and it got us wondering…is it time to start paying attention to Anwar Hadid?

A couple weeks ago, we were very confused by the news that Anwar was spotted making out with none other than Kendall Jenner. This was strange for a few reasons. First of all, Kendall is like, best friends with Gigi and Bella, and if my best friend made out with my little brother I would literally vomit in my mouth. Second, Anwar literally just turned 19 and Kendall is 22. No no no! Think back to being a senior in college, and imagine making out with a high school senior. I know none of these famous people go to school, but that is weird!!! I’m not having it.

Third, Kendall was literally just seen with famous basketball guy Ben Simmons, so what is she doing with her tongue down Anwar’s throat? FOURTH, Anwar was also dating actress Nicola Peltz very recently, and no one even knew they had broken up until after the Kendall makeout. Obviously, I have a multitude of questions.

Let’s back up a little and focus on Nicola Peltz for a minute. You might not know her name, but Nicola is gorgeous, and has starred in movies and shows like Bates Motel and Transformers. She’s not like, an A-lister yet, but she’s working on it. She’s also 23, so why is she dating someone so young?? I just, ugh. She and Anwar first confirmed their relationship in January of 2017, and they were going strong until at least sometime in May. After the Kendall makeout, it was discovered that they had unfollowed each other on Instagram, which is the telltale sign of a rough breakup. Nicola also unfollowed the entire Hadid family, because she understands self-care.

So then the Kendall Jenner makeout happened, which threw a real wrench in this narrative. It never seemed like a serious thing, and that’s basically been confirmed. Kendall has since been seen with Ben Simmons again, which makes sense because “NBA player” is her real type, and “male model” was obviously just a distraction. Meanwhile, Anwar has also been seen out and about with a new lady friend who suspiciously looks a lot like Kendall. Her name is Sonia Ben Ammar, and she is a French-Tunisian model who is, of course, stunning in every way. Sonia and Anwar were recently seen outside a nightclub in LA, and he’s definitely not holding her like someone who’s just a friend.

#anwarhadid and #soniabenammar ???? Anwar was seen with Kendall while kissing just two weeks ago!? ???? What do you think about this?

So is Anwar dating Sonia? Are he and Kendall more than just friends? Will he be back with Nicola by the end of the week? It’s all so unclear, but I know that I’m too invested now to turn back. It’s officially happened, I’m obsessed with a third Hadid sibling. Yolanda Hadid better not be hiding anymore of these photogenic children, because I really don’t have time to devote to stalking more of her kids on Instagram.